A judge threatens the postmaster general over slow execution of sweeps for undelivered ballots. 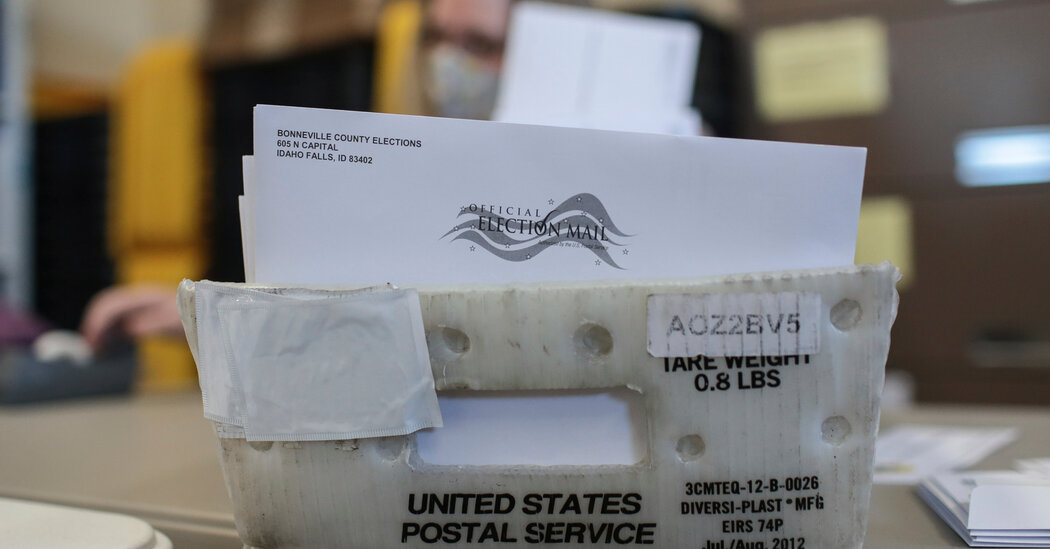 A federal judge on Wednesday threatened to call Postmaster General Louis DeJoy to appear before him, expressing frustration with the Postal Service’s slow response in carrying out Election Day sweeps of postal facilities looking for undelivered ballots.

“The postmaster is either going have to be deposed or appear before me,” said Judge Emmet G. Sullivan of the District of Columbia, as he continued to monitor the agency’s performance delivering ballots, which can be counted for days after the election in many states.

On Tuesday, Judge Sullivan had ordered inspectors to sweep facilities in 12 districts after the Postal Service said in court that some 300,000 ballots it had received had not been scanned for delivery. He said he was particularly concerned about ballot delivery in key swing districts with low on-time delivery scores, including Central Pennsylvania, Philadelphia and Detroit.

The judge gave the agency until 3 p.m. to complete the sweeps, but the Postal Service said it would need until 8 p.m. to do the work without disrupting the processing of a flood of Election Day ballots.

On Wednesday morning, the Postal Service said it had completed the sweeps, and that they turned up only a “relative handful of ballots” — about 12 or 13, according to a U.S. Department of Justice lawyer representing the Postal Service.

The judge’s dramatic Election Day order came as record numbers of Americans cast ballots by mail this year, with voters anxious to avoid crowds at the polls during the pandemic.

“Why was it as of yesterday there were still ballots being delivered late?” Shankar Duraiswamy, the lead lawyer for the nonprofit coalition Vote Forward, which is suing the Postal Service to try to ensure all ballots are delivered, asked during Wednesday’s hearing.

He said the court must now focus on getting ballots to the 21 states in the country that accept ballots postmarked by or before Election Day in the days after the election.

Roughly 300,000 ballots that the Postal Service says it processed showed no scan confirming their delivery to ballot-counting sites, according to data filed recently in federal court in Washington, D.C., leaving voter-rights advocates concerned.

Postal officials said that just because a ballot never received a final scan before going out for delivery, it did not mean that it wasn’t delivered. A machine scanning ballots for final processing can sometimes miss ballots that are stuck together or have smudged bar codes. And hand-sorted ballots typically do not receive a final scan before delivery.

The Postal Service said Wednesday morning it had been conducting daily searches at all of its facilities for ballots that might fall through the cracks.

In a statement, a Postal Service spokesman said some ballots, expedited to election officials, had bypassed certain processing operations and did not receive a final scan.

“The assumption that there are unaccounted ballots within the Postal Service network is inaccurate,” he said. “We remain in close contact with state and local boards of elections and we do not currently have any open issues.”

As the agency continues to process ballots, states across the country are still counting votes cast by mail. In the final hours that election officials in Texas can accept some mail-in ballots, Judge Sullivan also ruled Wednesday that the Postal Service must instruct employees in Texas to conduct additional sweeps for ballots sent to election officials. The Associated Press has already called the state in Mr. Trump’s favor.