A Widening Toll on Jobs: ‘This Thing Is Going to Come for Us All’ 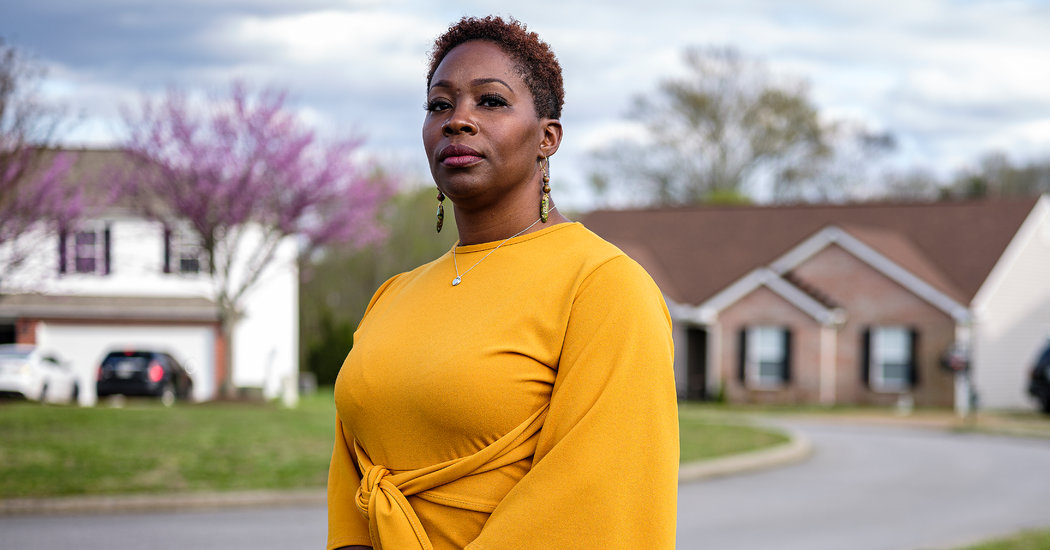 The speed and scale of the job losses are without precedent. In just two weeks, the pandemic has left nearly 10 million Americans out of work, more than in the worst months of the last recession. Until last month, the worst week for unemployment filings was 695,000 in 1982.

“What usually takes months or quarters to happen in a recession is happening in a matter of weeks,” said Michelle Meyer, chief U.S. economist for Bank of America Merrill Lynch.

The latest gauge of the pandemic’s economic devastation came as the virus itself kept up its relentless spread. More than 50,000 deaths have been reported around the world and nearly a million cases reported.

In the United States, emerging hot spots outside New York include Louisiana, where cases jumped 43 percent in a day, bringing the total to more than 9,000. Michigan also had a spike, with the state reporting more than 9,000 cases, most in the Detroit area.

Even the stunning figures on jobless claims are an incomplete reflection of how fully the pandemic has brought commerce to a halt. Many people who have lost jobs or income did not initially qualify for benefits. Others, encountering state unemployment offices that were overwhelmed by the deluge of claimants, were unsuccessful in filing.

Congress has stepped in with a $2 trillion emergency outlay that aims to keep both families and businesses solvent. But economists say the aid can, at best, limit the damage — and may not even be enough to do that, as the tendrils of the pandemic reach deeper into the American economy.

The Congressional Budget Office said on Thursday that it expected unemployment to top 10 percent for the second quarter of 2020 — as high as the peak in the last recession — and to remain at 9 percent at the end of 2021. In February, the unemployment rate was 3.5 percent, a half-century low.

The impact was initially concentrated in tourism, hospitality and related industries. But now the pain is spreading much more widely. The Institute for Supply Management said Wednesday that the manufacturing sector, which had recently begun to recover from last year’s trade war, was contracting again. Data from the employment site ZipRecruiter shows a steep drop in job postings even in industries usually insulated from recessions, like education and health care.

Law firms, technology start-ups and other white-collar employers that were initially able to keep workers on payroll and let them work from home are now laying people off as revenue dries up.

Even ZipRecruiter isn’t immune — the company cut hundreds of jobs this week as the steep drop in job postings cut into its business.

“People are being way too sanguine about a lot of the white-collar industries,” said Martha Gimbel, an economist and labor market expert at Schmidt Futures, a philanthropic initiative. “This thing is going to come for us all.”

Erica Battle, an education consultant in Nashville, figured her industry was as close to recession-proof as any — no matter how bad the economy, schools stay open. But as schools moved to online learning because of the virus, business began to dry up. Then, on March 16, as she was preparing for a weeklong consulting trip to Alabama and Texas, she got a call: The gigs were canceled.

“It was like, this is unbelievable, this is not really happening,” Ms. Battle said. “I’m going to wake up and I’m going to have to catch a flight.”

April was meant to be one of her busiest months, as schools rush to get students ready for standardized testing season. Instead, she is home with her husband and teenage son, trying to figure out how to cut expenses. They have gotten their bank to defer this month’s mortgage payment. Ms. Battle’s husband, a substance abuse counselor, still has a job, but they aren’t sure how long that will last.

“When you have to think about paying for groceries or for therapy, which one are you going to do?” Ms. Battle said.

Economists have warned that those sorts of choices — groceries or therapy? — could turn an acute economic crisis into a long recession. If laid-off workers can’t pay their bills, there could be a cascade of further layoffs and business failures. The greater the damage, the less chance of a quick economic rebound once the health crisis eases.

“The deeper the layoffs get, the longer the recovery will take,” said Julia Pollak, a labor economist for ZipRecruiter.

The congressional legislation passed last week was meant, in part, to prevent that cascade. The government will provide businesses with low-interest loans — which in some cases could turn into grants — to help them avoid layoffs and keep the lights on. And the law temporarily expanded the unemployment insurance system to cover more workers and offer them more generous benefits.

But even before that expansion, the unemployment system was strained by the surge in job losses. State unemployment offices have reported record levels of calls and online inquiries, and jobless workers have struggled to get through to file claims.

Dustin Sullivan, 39, finished his final shift at the check-in desk at the W Hotel in Times Square on March 19, but he had to wait to apply for jobless benefits until Wednesday of the following week — the day that New York had designated for people whose last names begin with the letters O through Z.

He spent most of the next week struggling to file a claim, first encountering a website crash and then a telephone nightmare: “Calling on the phone and getting a busy signal. Calling and getting an automated message saying no one’s available and hanging up on me. Calling and immediately getting a message in Spanish that I don’t understand. Calling and getting through-ish — to the first part of the session” — the part that takes your information and Social Security number before telling you to hold on to speak to a representative — “and then hangs up on you.”

Finally, on Tuesday, he managed to file his claim.

“So I now join the group who can shout out to the rest: ‘There’s hope!’” Mr. Sullivan wrote in an email.

In a news conference this week, Gov. Andrew M. Cuomo of New York said he knew the state’s claims system wasn’t keeping up with the surge, and he said hundreds of people were working to expand capacity.

“The site is so deluged that it keeps crashing because you literally have hundreds of thousands of people at any time trying to get on the site,” he said. “I apologize for the pain. It must be infuriating.”

Economists, too, have struggled to keep pace with the speed of the collapse. A month ago, most forecasters still thought the United States could avoid a recession. Today, many economists are expecting a decline in gross domestic product that rivals the worst periods of the Great Depression.

On Friday, the Labor Department will release its monthly report on hiring and unemployment, usually one of the most-watched indicators on the economic calendar. But the data was collected in early March, an eon ago in the coronavirus age. Most forecasters expect it to show only a modest uptick in the unemployment rate and a small decline in jobs, despite the wave of layoffs that hit later in the month.

For workers and businesses, the reversal of fortune has been head-spinning.

Barely a month ago, Elizabeth Mora quit her job in Utah to take a new position as a supply chain manager for MGM Resorts in Las Vegas. But by the time she crossed the state line in a moving truck two weeks later, the hospitality industry was beginning to shut down. After two days on the job she was furloughed, and the MGM hotel where she was staying temporarily as part of her relocation package had closed.

“In a moment, I became both jobless and homeless,” she said.

Now Ms. Mora is staying with an acquaintance and living out of the suitcase she filled with two weeks’ worth of clothes when she moved. The rest of her belongings are in a storage facility. She is applying for any job she can find and briefly considered selling home-baked bread — until she discovered that the local grocery stores had no more flour.

When she accepted the job at MGM, Ms. Mora said, she was excited to begin a new phase. Now, she said, she is just trying to survive.

“I picked up my entire life and I moved here, not only physically but emotionally,” she said. “I’ve never felt the sense of uncertainty like I do now.”