Analysis: The 10 closest states in the 2020 presidential election 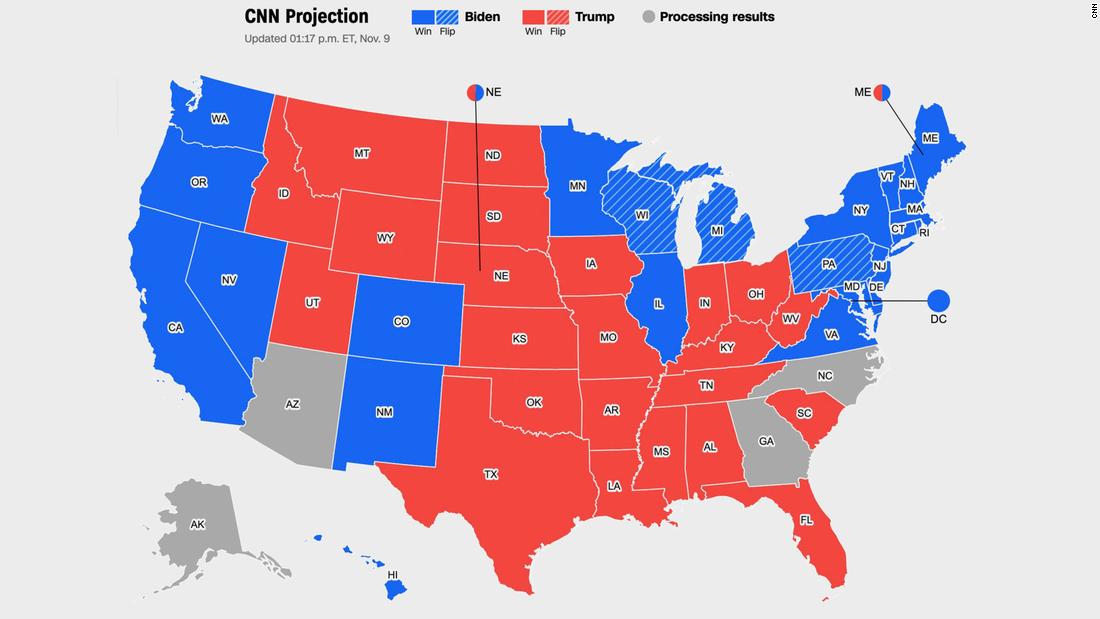 I kid! But only sort of.

Because the truth is that the 2020 map gives us the best early handicapping of the ways the electoral landscape has changed over these past four years — and strategists in both parties are already crunching numbers from the state-by-state vote to begin to formulate 2022 — and 2024 — targets.

With that in mind, I went through the map and pulled out the 10 states with the closet margins by percentage from last Tuesday’s election.

Obviously, these numbers may change slightly (most states have 98% or 99% of precincts reporting) but the overall closeness of the states shouldn’t be altered all that much.

Now, as you might expect given that Biden won the election, he also won most of the closest races in the country. Of the 11 closest states, Biden won six of them and leads in two more. Assuming Georgia and Arizona eventually are called for Biden, he will have won all five of the closest contests in 2020.

What else can we glean from where in the country the races were the closest? That the Rust Belt/industrial midwest — Wisconsin, Michigan, Minnesota and Pennsylvania — remains the swing-iest area in the country. (Ohio finished just outside of the top 10; Trump won there by 7.9 points.) There’s also clearly a “new South” storyline emerging, with Georgia and Texas joining Florida and North Carolina among the most closely divided states in the country.

It’s also worth comparing the closest states in the 2016 and 2012 elections to see how the map is changing.

The other thing worth noting is the states that disappeared from the closest list between 2012 and 2020. In 2012, Virginia was the fourth closest state and Colorado was the fifth. In 2020, Biden won Colorado by 13 points and Virginia by 9.8. The only state that went in a similar direction for Republicans is Iowa, where Barack Obama won it by 5.6 points in 2012 and Trump carried it by 8 points in 2020.

Some of these changes are attributable to the candidates on the ballot. Obama always had a strong connection to Iowa — dating all the way back to his 2008 caucus win. And Trump struggled in heavily suburban areas (making places like Colorado and Virginia less competitive) while running stronger than the average Republican in predominantly white and older areas like Pennsylvania, Wisconsin and Michigan.

Still, the electoral map is ever-evolving. And Republicans starting the process of putting together a winning coalition in 2024 need to start with the 2020 map.