Analysis: This is the best possible argument to vote for Donald Trump 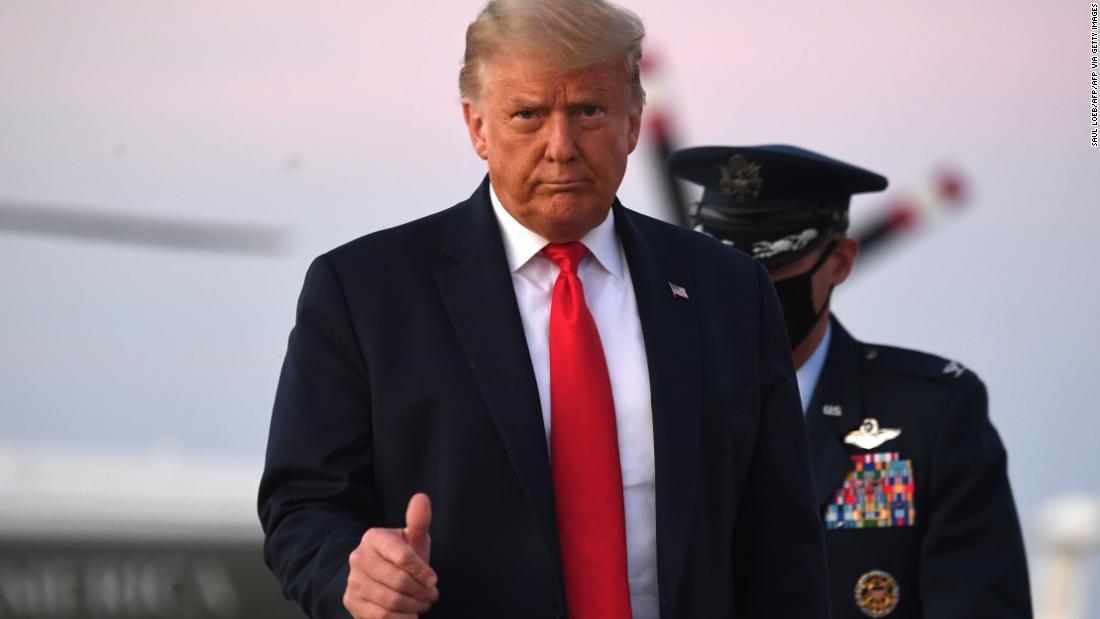 Which is certainly a zag — as virtually every newspaper editorial board in the country has endorsed former Vice President Joe Biden in advance of Tuesday election. (It’s worth noting that the paper’s editorial pages took a pro-Trump turn in the last few years, following the appointment of a new editorial director, Keith Burris. And as I have noted before, newspapers should stop endorsing candidates.)

But what’s more interesting than the very fact that the Post-Gazette editorial board broke with tradition to back Trump is their explanation for why. Here’s some of that:

These things, and much worse, are commonly said of President Donald Trump. His personality totally eclipses his record.

So we, seemingly, have him on the dunk tank, ready for a very cold bath.

But is this really what it’s about?

isn’t the real question whether he has been taking the country, and the economy of this region, in the right direction these last four years?

Can we separate the man from the record?”

The case the Post-Gazette is making here is what I believe would have been Trump’s single most compelling message in this campaign. And it amounts to this: Sure, I’m rude, bullying jerk. But, I am a rude, bullying jerk who gets stuff done.

Now, of course, we could engage in a never-ending debate about what Trump actually did in office. Was the strength of the economy — before the Covid-19 pandemic hit in March — the result of policies Trump put in place or just the continuation of a trend that began under Barack Obama? Has Trump’s re-orienting of our trade (and other) relationships with allies and foes around the world accrued to our benefit or made us more isolated in an increasingly dangerous world? Has Trump given a voice to the allegedly voiceless in the middle of the country or simply weaponized their anger and fear for his own political purposes?

And most importantly, did Trump handle the coronavirus pandemic as best as could be expected (“No one masters a pandemic. And the president was and is right that we must not cower before the disease and we have to keep America open and working,” writes the Post-Gazette editorial board) or did his purposeful downplaying of the virus and its consequences lead us to the dangerous place we currently find ourselves?

Like I said, we could have a loooooooong debate about whether Trump’s accomplishments in office warrant a second term.

But there’s really no argument that making this election less about Trump’s personality — which even people who count themselves among his supporters don’t love — and more a referendum on whether or not you think he did what he said he would do over the first four years would give him a better chance of winning.

While Trump’s positioning on issues isn’t great — with the exception of the economy, most people trust Biden more than the incumbent to handle things — it’s a heck of a lot better (in most cases) than where his personal ratings and his job approval ratings are and have been.

Again, this would NOT have guaranteed a win for Trump. His policy record is VERY much an open question. But it would have allowed him to make a compelling closing argument that is different than the one he is making, which is, well, some combination of Joe Biden is corrupt (or something), the election is rigged and things will get WAY worse VERY quickly if Biden wins.

(Note: When your closing message is actually an amalgam of random conspiracy theories produced out of the fever swamps of the internet right, conservative talk radio and Fox News, you may not be in the best place.)

Trump, because he is Trump, was likely incapable of framing the election this way. Because Trump thinks he’s great — and not at all a rude, bullying jerk. So even if he might have improved his chances of winning by going with the I’m-your-jerk argument, it isn’t in Trump to do so.

Instead, he comes into Election Day as the biggest incumbent underdog in 40 years.