Analysis: While Trump sulks, Americans get sick and die 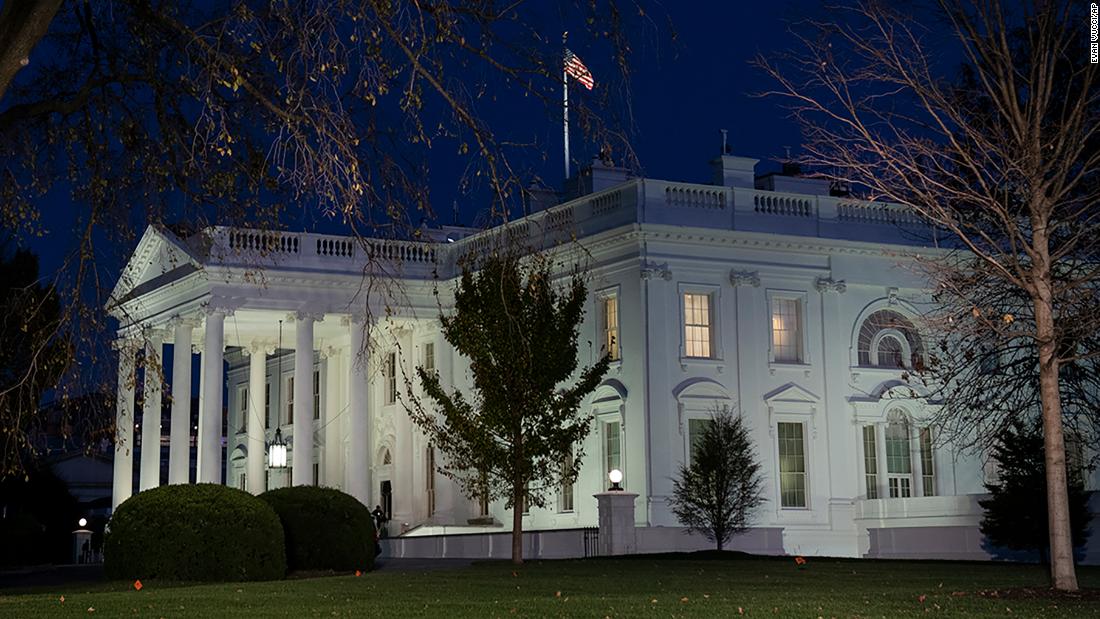 Trump’s outrageous presidency has conditioned the world to his incessant flouting of the duties of the office and indifference to the national interest. But it is an extraordinary and unprecedented scenario that in the world’s oldest democracy, a President is refusing to admit the clear result of an election in which Americans voted to eject him from office.

Many of Trump’s legal challenges — in Nevada, Pennsylvania and Michigan — rest on the idea that isolated problems or unproven claims of fraud should require throwing out hundreds of thousands of legally cast American votes.

On Thursday, the Trump campaign dropped its federal lawsuit in Michigan that alleged voting irregularities and had asked the court to stop certification of the votes in Wayne County as two Republican members of the Wayne County Board of Canvassers said they wanted to “rescind” their votes to certify the results from the county.

Monica Palmer, one of the GOP board members, told The Washington Post she received a roughly-two minute call from the President on Tuesday and that she felt no pressure to change her vote from him.

“I did receive a call from President Trump, late Tuesday evening, after the meeting,” Palmer told the Post. “He was checking in to make sure I was safe after hearing the threats and doxing that had occurred.”

The results of an audit of the balloting in one key state that Biden won, Georgia, are expected to reaffirm Biden’s victory on Thursday, further closing off one of the President’s implausible routes to staying in power.

While legal challenges appear destined to fail, the strategy seems to be to create sufficient fog around the vote that Republican state legislatures may intervene to pick pro-Trump delegations to the Electoral College. If that fails, as is overwhelmingly likely, discrediting the election will at least salve Trump’s humiliation and might be political fuel for a future run.

That all of this constitutional chicanery is coinciding with a pandemic that Trump ignored, denied and downplayed and is killing many thousands of Americans a week is only adding to the surreal sense of political purgatory in Washington caused by an outgoing President who is putting a bruised ego ahead of the health of hundreds of millions of Americans.

Trump, in no mood for mingling with his Mar-a-Lago crowd, has canceled his Thanksgiving trip to Florida. His press secretary, Kayleigh McEnany, who draws a taxpayer salary but is dissing questions from reporters despite holding forth on Fox News and at the Trump campaign, said a President who hit the links twice last weekend is working hard for the American people and is too busy for vacations.

Yet Trump’s empty schedule has no space to warn the country of the threat from the new wave of Covid-19 — which has been exacerbated by his own refusal to back mask-wearing and social distancing. By many metrics, the US is in a far worse situation than it was in earlier phases of the pandemic.

The latest Washington drama unfolded after an official told CNN’s Kylie Atwood that the President’s recent foreign policy moves — pulling troops out of Afghanistan and Iraq and slapping new sanctions on Iran — were designed to start so many foreign fires that they would be impossible for Biden’s new presidency to put out.

The administration is also refusing to answer questions on these issues that could have cascading consequences and put US lives at risk.

Biden on Wednesday made his sharpest call yet for Trump to officially launch a transition, warning that a failure to do so would slow the delivery of vaccines.

“Soon we’re going to be behind by weeks and months being able to put together the whole initiative relating to the biggest promise we have with two drug companies coming along and finding 95% effectiveness, efficiency in the vaccines, which is enormous promise,” Biden said on Wednesday.

The President-elect spoke via an online link-up to a nurse from Minnesota, who described terrible scenes in ICU wards where staff had to reuse N-95 masks until they fell off their faces.

“I myself have held the hand of dying patients who are crying out for their family they can’t see,” Mary Turner, president of the Minnesota Nurses Association, told Biden as her voice broke. “I’ve taken care of co-workers as they fight for their lives on a ventilator — and knowing that they got sick because of the hospital or their government hasn’t protected them.”

Turner apologized for becoming emotional. Biden, wiping away a tear and showing empathy that the current commander in chief has been incapable of demonstrating, replied: “No, you got me emotional.”

Health experts are warning that the continued delay in reading Biden’s team into the program will complicate the massively difficult logistical task of administering the vaccine.

“This is the most disruptive health event we have had in a century. … It didn’t have to be this bad,” former Centers for Disease Control and Prevention director Tom Frieden told CNN’s Wolf Blitzer on Wednesday evening.

“It is so important that that handoff be done smoothly because this is going to be the most complicated vaccination program in American history and it is going to span two administrations,” Frieden said. “The sooner the current administration begins speaking openly and in detail with the incoming administration the better, and the smoother that handoff will be and the more we will be able to protect people.”

But Health and Human Services Secretary Alex Azar made clear on Wednesday that there would be no such contacts until Trump decides to order the General Services Administration to initiate a transition.

“We’ve made it very clear that when GSA makes a determination, we will ensure complete, cooperative professional transitions and planning,” Azar said during a briefing. “We follow the guidance.”

Moncef Slaoui, the chief adviser to the Trump administration’s “Operation Warp Speed” vaccine program, said Wednesday that the group is running weekly Covid-19 vaccine distribution rehearsals to plan out each movement “to the minute.”

“It’s really being planned like an Army operation,” Slaoui told CNN’s Richard Quest. “We have selected warehouses that are bigger than two or three football fields, again with refrigeration, with automation, able to dispatch and distribute millions of doses on a weekly basis.”

States in the firing line

While the President is absent, the burden of leadership is again falling on states and cities that are increasingly implementing more stringent measures to try to control the rapid spread of the virus this fall. The chancellor of New York City schools announced Wednesday that schools will be closed until further notice.

“Given recent increases in transmission, we have reached a point in our City’s infection rate that requires all students to transition to remote learning,” Chancellor Richard Carranza told families in a letter.

Michigan’s governor has initiated a new set of restrictions that will span the next three weeks, prohibiting indoor dining at bars and restaurants, closing movie theaters, casinos and group fitness classes, and asking all but essential workers to work from home.

“We have to follow the epidemiology, the public health experts, and make decisions that combat the spread before our hospitals get overwhelmed and before we have 1,000 deaths a week in Michigan,” Democratic Gov. Gretchen Whitmer said on CNN’s “New Day,” “because that’s what the modeling is telling us where we’re headed right now.”

In Minnesota, Democratic Gov. Tim Walz announced a four-week “dial back” barring in-person gatherings with individuals beyond each household, restricting bars and restaurants to takeout and delivery, and closing gyms and entertainment venues.

“We are at a breaking point. As hospitals near the crisis of turning away new patients, continuing as things are is simply not sustainable,” Walz said as he announced the new restrictions. “The actions announced today will help prevent more families from losing a loved one and ensure our hospitals can treat those who fall ill.”

The nation’s top infectious disease specialist, Dr. Anthony Fauci, said Wednesday that the denial he is seeing across the United States pains him and he hasn’t been able to speak to Biden’s team: “I would wish that we would be able to do that.”

“Even in some of the states where they’re getting really hit badly, we’re hearing people even denying there’s a problem as their hospitals are getting filled,” Fauci told the USA Today editorial board.

He said he was frustrated by those who still claim that Covid-19 is like the flu.

“You have a quarter of a million deaths, 11 million infections,” Fauci said. “Flu doesn’t even come close.”