At least one person dead, and 15 injured in Vienna ‘terror attack’ 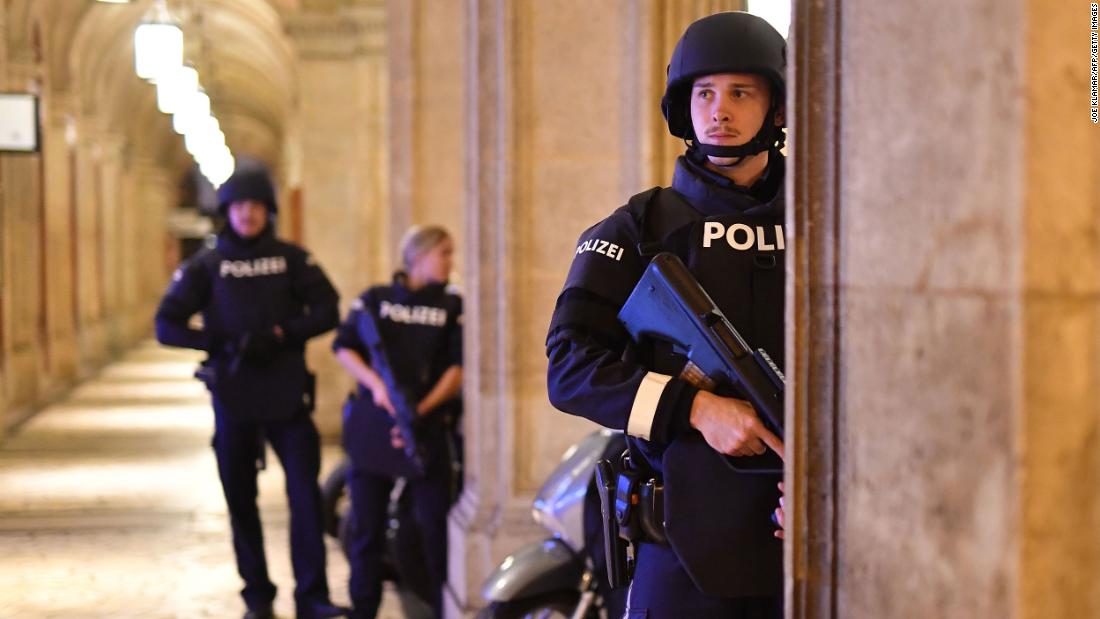 One gunman has been shot dead by police. Authorities are urging the public to stay inside while at least one suspect remains on the run, according to Interior Minister Karl Nehammer. It is unclear how many shooters there are in total.

Nehammer and Austrian Chancellor Sebastian Kurz have described the incident as a “terror attack.”

“We are still in battle against the would-be terrorists,” Nehammer said on Austrian public broadcaster ORF, adding that several suspects had assault rifles.

Gunfire erupted in the Austrian capital at around 8 p.m. local time, just before the start of a nationwide lockdown to combat a resurgence of Covid-19, according to police.

The city’s bars and restaurants were packed, with people sitting outside due to the warm weather and also because of virus concerns, enjoying their last few hours of freedom.

Then the attack began.

Julia Hiermann, who lives in Vienna, was having drinks with a friend when the shooting began.

Restaurant staff told everyone to hide in the basement, she told CNN over the phone. There she and others were told that gunmen were shooting outside. Hiermann said she did not see or hear the attackers.

The police later came inside the restaurant and told diners that “we have to stay inside and wait here,” she said. “This seems unimaginable. When they said shots fired I didn’t think this was serious,” she said.

Reaction to the attack

Footage shared on social media showed people fleeing from the scene on foot as the gunfire began.

Police are urging people to avoid the area and not share photos or videos on social media.

Authorities are still working to find out more about the perpetrators, but Kurz told ORF that “an anti-Semitic motive cannot be excluded” due to the attack’s proximity to the synagogue. The Austrian army has been deployed to help protect buildings and properties.

Oskar Deutsch, the head of Vienna’s Jewish community, said in a tweet that it was unclear whether the synagogue was a target, but that it was closed at the time of the shooting.

In a press conference in the early hours of Tuesday, Nehammer said it was “the hardest day for Austria for many years.”

“Those who attack one of us, attacks all of us,” he said.

Across Europe, leaders have strongly condemned the shooting, which follows two terror attacks in France in recent weeks.

“After France, it is a friendly country that is under attack,” French President Emmanuel Macron said on Twitter.

“Europe strongly condemns this cowardly act that violates life and our human values,” the President of the European Council, Charles Michel, said on Twitter.

Stephanie Halasz and Tim Lister contributed to this report.