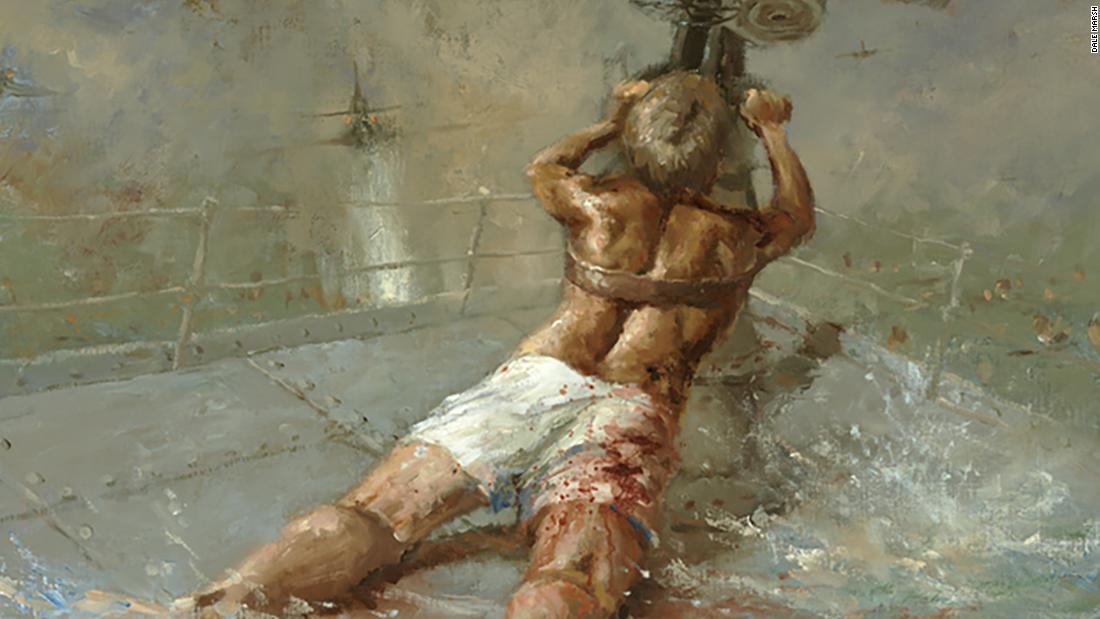 Military history is filled with tales of heroism and self-sacrifice, but that of Australian Edward “Teddy” Sheean stands out among them.

And on Wednesday, almost 78 years after the then 18-year-old sailor provided cover for his comrades to escape the Japanese planes overhead, Sheean was posthumously awarded the Victoria Cross, the British Commonwealth’s highest honor for military valor.

On December 1, 1942, Sheean was a gunner’s mate on the corvette HMAS Armidale, when it came under attack during an operation near Japanese-occupied Timor, now the country of Timor-Leste across the Timor Sea from the Australian city of Darwin.

According to the records of the Australian War Memorial (AWM), Sheean’s ship was spotted by Japanese reconnaissance planes when it left Darwin on November 29. That meant a perilous mission was coming, as Japan dominated the air and waters around Timor, some 720 kilometers (447 miles) northwest of the Australian port.

On the afternoon of December 1, Japanese warplanes swooped in on the Armidale. The Australian corvette was hit by two torpedoes launched by the Japanese planes and quickly began to sink, according to the AWM. An order was given to abandon ship.

“Sheean was wounded and, rather than abandon ship, he strapped himself to his Oerlikon (anti-aircraft gun) and began to engage the attacking aircraft even as the ship sunk beneath him. He shot down two planes, and crewmates recall seeing tracer rising from beneath the surface as Sheean was dragged under the water, firing until the end,” the AWM says.

There were 149 sailors aboard the Australian ship. Forty-nine survived and were plucked from the Timor Sea a week after the sinking. Each likely owed his life to the 18-year-old gunner’s mate, according to an expert panel established in June of this year to adjudge Sheean’s case.

It was the fourth time the case for the Victoria Cross for Sheean had been reviewed. The first three, in 1942-43, 2013 and 2019, determined Sheean’s actions did not rise to a level high enough to warrant the nation’s greatest honor.

But the 18-year-old is a legend in Australia, with monuments and tributes to him around the country. The Australian Navy even named a submarine for him, the only ship it has ever named after a seaman with as low a rank as Sheean.

And the navy has never relented on its bid to get Sheean the honor it felt was so deserved.

Earlier this year, Prime Minister Scott Morrison listened and said that the government had been provided with “conflicting evidence” after reviews in 2013 and 2019 and formed another panel to reexamine Sheean’s case.

Morrison wrote on Wednesday that a “substantial injustice” had been corrected.

“The decision formalizes what we already know: that Teddy Sheean is an Australian hero. 78 years might have passed since he died but his story will always be part of us,” Morrison wrote in a media statement.

The Victoria Cross was introduced by Queen Victoria in 1856 for acts of gallantry by the British armed forces. The winning of the award requires an act of extreme bravery in the presence of the enemy, according to the UK’s National Army Museum.

“According to legend, the prototype, along with the first 111 crosses awarded, were cast from the bronze of guns captured from the Russians in the Crimea,” the museum details on its website.

Sheean will become the 101st Australian to receive the Victoria Cross when the medal inscribed with the words “For Valour” is awarded to his family, now in Sheean’s home state of Tasmania, later this year.

Modern Australian soldiers are awarded the Victoria Cross for Australia; four have won that accolade.

The most recent Australian winner was Cameron Baird, also given the award posthumously, after he was killed fighting in Uruzgan province, Afghanistan, in 2013.