Biden now leads Trump in Georgia, where the count continues. 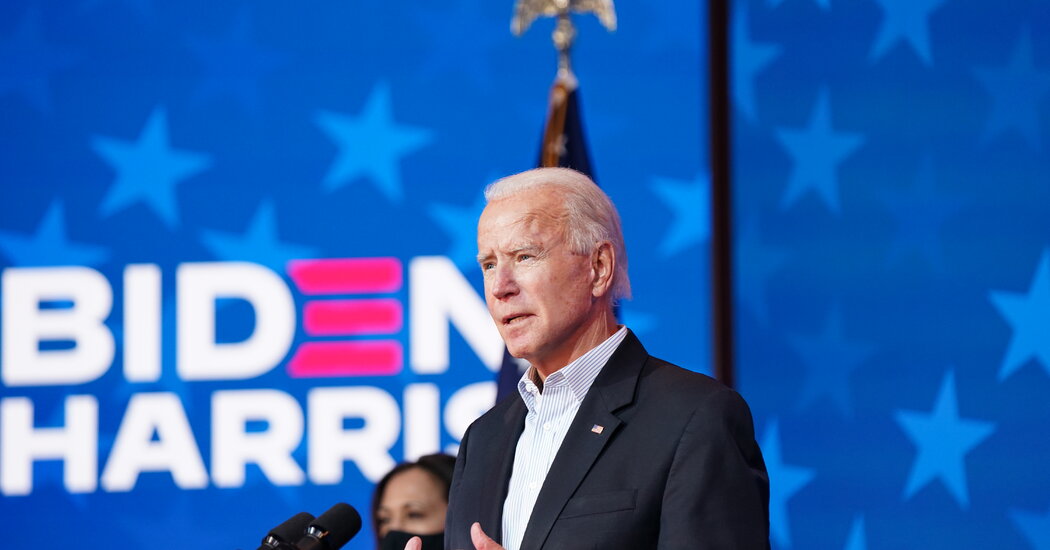 Joseph R. Biden Jr. has pulled ahead of President Trump by about 1,100 votes in Georgia, a state with 16 electoral votes where a win would bring the former vice president to 269, or within one electoral vote of the presidency.

If Mr. Biden were to win Georgia and then win Nevada or Arizona — both states in which he is leading — or Pennsylvania, where the continued counting of ballots is cutting into Mr. Trump’s advantage, he would become president-elect.

As the hours ticked by overnight and more ballots from Democratic strongholds in Georgia were counted, Mr. Biden steadily closed the gap with Mr. Trump. On Wednesday morning, about 60,000 votes separated the candidates in Georgia. By 3 a.m. Friday, that margin had narrowed to fewer than 700. Then under 500. And when a tally was released shortly before 5 a.m., Mr. Biden was in the lead.

While it is not clear how many votes are left to be counted, the latest official estimates suggested that it was 5,000 to 10,000.

Flipping Georgia, a state last won by a Democrat in 1992, and where Mr. Trump won by more than 200,000 votes four years ago, would represent a significant political shift this year, but the state has shown signs of trending blue. When Mr. Trump defeated Hillary Clinton in 2016, he did so by five percentage points, a far slimmer margin than Republicans had enjoyed in previous presidential elections.

The candidates had been locked in a virtual dead heat for much of Thursday, with each controlling about 49.4 percent of the vote but with Mr. Trump maintaining a slight lead. As absentee ballots were counted early Friday, particularly in the Atlanta suburb of Clayton County, Mr. Biden continued to increase his lead.

Mr. Biden’s late surge in this year’s count, thanks to his dominance in Atlanta, Savannah and the increasingly Democratic-friendly suburbs around both, transformed the competition in a traditionally Republican-leaning state into one of the closest contests in the nation.

As the count narrowed and it appeared that the two candidates would be separated by the slimmest of margins, Democrats urged voters in the state to fix ballots that had been rejected because of invalid or missing signatures before the deadline on Friday evening.

Those who voted absentee — a group that this year has been heavily Democratic — can check online to see whether election officials have accepted or rejected their ballots. Absentee ballots are often rejected when the voter forgets to sign or uses a signature that does not match the one on file with the state, in some cases because the filed signature is many years old. Election officials are supposed to contact voters in such cases but are not always able to do so.

Voters have until 5 p.m. on Friday to submit an affidavit form to “cure” such ballots. With Georgia hanging in the balance as the last votes are counted, national Democrats — including Representative Alexandria Ocasio-Cortez of New York — are amplifying the message in hopes of salvaging every vote possible.

Mr. Trump spurred near-record turnout in the rural southwestern parts of the state bordering Alabama and the Florida Panhandle, the white outer suburbs and small cities, and the Appalachian northwest, which touches deep-red Tennessee.

While Mr. Biden was powered by high turnout among Black voters in Atlanta, he also flipped some suburban white voters in the moderate suburban counties that ring the city.

At a drive-in rally in Atlanta last week, Mr. Biden said, “We win Georgia, we win everything.”