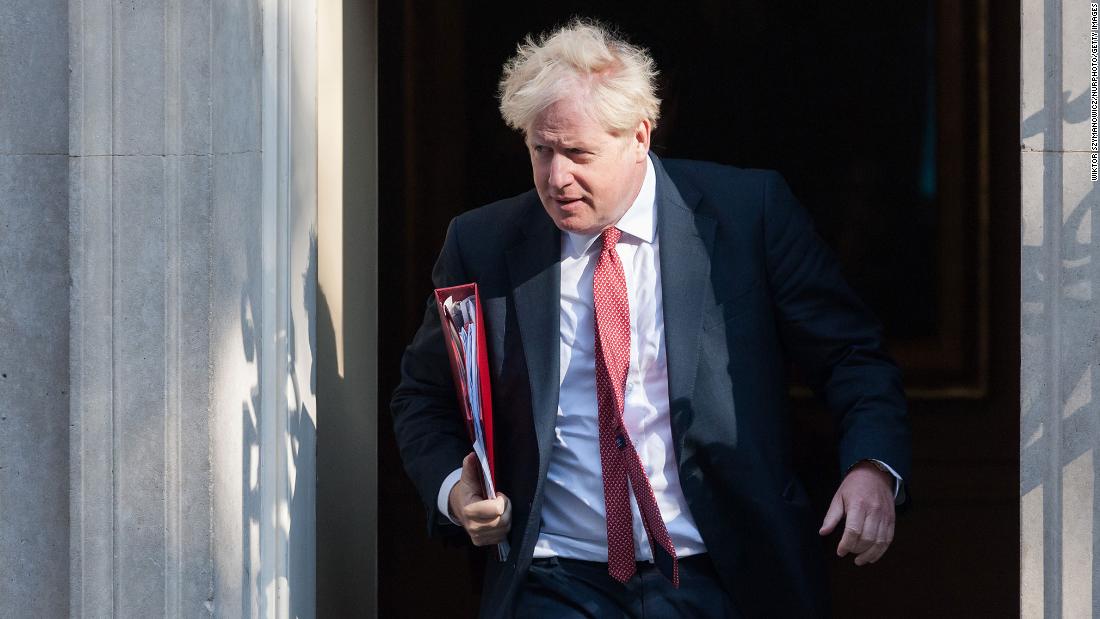 Barely a year on, a decent chunk of that optimism has turned to frustration and agitation. Despite the fact Johnson has taken the UK out of the European Union and won a landslide election victory, there is fear the Prime Minister’s desire to end the Brexit story on a personal note of triumph is clouding his thinking.

In recent weeks, talks between London and Brussels have been uneasy. Both sides are indicating that negotiations are going nowhere and that the other is making unacceptable demands. Both have made clear that unless things change the time to walk away could come soon, meaning a no-deal crash out of the transition period on December 31.

In prepared remarks sent out prior to a speech Johnson is expected to give ahead of round 8 of EU negotiations which start on Tuesday, the Prime Minister called for an agreement with Europe by 15 October. “There is no sense in thinking about timelines that go beyond that point. If we can’t agree by then, then I do not see that there will be a free trade agreement between us, and we should both accept that and move on,” said Johnson.

However, some Euroskeptics are concerned that Johnson is laying the ground for concessions to get a last-minute deal that he can claim as a great victory, avoiding the economic fallout of a no-deal cliff edge. Others worry that recent ruptures are theater, designed to make any agreement appear such a feat of diplomacy it eclipses any concessions.

There is some basis for this fear. Johnson’s previous deal with the EU came after months of declaring that he would either renegotiate May’s deal or leave the EU without one. The clock ticked as no progress was made on the former; the latter seemed inevitable. Suddenly, a deal was reached in Brussels just 14 days before the no-deal deadline — a deal that looked an awful lot like the one struck by May that many Euroskeptics, including Johnson, hated and voted against.

Johnson’s moveable position on Brexit mattered less at the time, as this deal only covered how the UK would leave the EU, not the more permanent future relationship. The fact Johnson held his nerve and stood up to Brussels was enough evidence for many Euroskeptics that he’d do the same later on.

But the world is different now. It’s no secret that Johnson’s has had a difficult 2020 to date. His government’s handling of the coronavirus pandemic has been criticized on numerous fronts. The UK is both the coronavirus capital of Europe and the country that’s suffered the deepest Covid recession of any major economy. He’s been forced to make a series of embarrassing U-turns in the face of pressure from politicians across the divide. A big victory for the government before the end of the year would doubtless be welcome.

People who have recently worked in government can see how this outcome might become reality. David Davis, a long-standing Brexiteer and the UK’s former Brexit secretary, thinks there are “three options which are equally likely”: no deal, lots of micro deals and a free trade agreement. “If we are to arrive at option three, then there will need to be lots more of these public demands and counter demands to smooth the path to compromise.”

Tim Montgomerie, who previously worked as an adviser to Johnson, says “they like to be the people that pull a rabbit out of the hat at the last minute, which right now would suit them perfectly. They don’t run marathons, they run sprints, so don’t have much of a long-term strategy. This makes a last-minute compromise on Brexit that can be claimed as a victory an attractive prospect I think.”

And as Anand Menon, Professor of international politics at King’s College London says, “at the moment it really will look like a success if he gets any kind of deal, regardless of the content. It’s absolutely the case that talking the likelihood of no deal because of EU intransigence will make it look like Johnson has achieved the impossible.”

Members of Johnson’s Conservative party see why this approach might appeal, even if it annoys Brexit hardliners in his party. “There would be a row with the Brexiteer purists, but he would carry with him the great majority of Leave-supporting Tory MPs if he declares it a triumph. Not to mention many of the former Labour voters in the north who voted for Johnson in 2019, who are less purist than Conservative leavers,” said a recent Conservative cabinet minister.

This calculation that Johnson might see merit in a public Brexit triumph combined with minimal risk of backlash from his backbenchers is what sources say is spooking the Brexit hardliners who used to support him.

“Lots of MPs are expecting a huge concession in order to make a deal. They are reluctant to call out the government in public but are lobbying hard behind the scenes,” says a senior Conservative figure whose work in the party would be compromised by speaking on the record. “I think the government is talking up no deal to reassure hardliners they are being firm with Brussels so that when they do make a concession they have the benefit of the doubt.”

Unfortunately for the government, the hardest Brexiteers have been here before. “These things aren’t disguisable anymore. The government has set itself such a hardline on sovereignty, so I don’t see how they could pull a rabbit out the hat and expect us to be happy. We’ve all become experts on this stuff,” says another former cabinet minister who is currently lobbying the government on Brexit and didn’t wish to be named.

A third former Conservative cabinet minister and prominent Brexiteer said: “Many are sitting on small majorities that could be blown away by a perceived betrayal, probably focused on an event like a concession that blows up.”

The word betrayal is important. Johnson has suffered waves of public criticism from Conservative MPs for economic decisions taken during the pandemic that on the surface don’t look very conservative. The third former minister went on to explain that some MPs “are very worried at not knowing what’s going on in the Prime Minister’s head,” and that many are “assuming he is going to try and spend his way out of trouble” in order to appeal to his new voters, rather than the traditional conservative base. They added that this perceived willingness to move from the base on economic matters was putting long-standing Euroskeptics on edge.

When CNN approached a long-standing Brexit campaigner to ask about any perceived betrayal, they exploded: “I don’t care what other MPs are saying and I don’t see why that has given you journalists reason to speculate. People voted leave in order to take back control and the Prime Minister has been clear that is what we will do. I have nothing more to say on the matter,” before hanging up.

The senior conservative figure explained that such frustration with journalists asking questions of a perceived Brexit betrayal might be because this faction suspects if Johnson does make a concession and sell it as a triumph, there is little they can do about it. “If you’re part of the hardcore, what do you do when it comes to parliament? You could vote against it, but then you risk having the whip removed and forced to sit on the outside post-Brexit. Ultimately, it’s probably better to be part of the happy ending and say that you were on the right side of history rather than a ‘Debbie downer,’ no matter how much you hate the deal.”

This might be wishful thinking. Johnson’s former foe, Nigel Farage, wrote recently that any final deal will not be the “true freedom” that he’d dreamed of. And history tells us that Farage is very effective at mopping up angry voters, forming a powerful political movement and hurting the Conservatives badly.

There is still a long way to go before Brexit concludes. The EU thinks a deal needs to be agreed by mid-October in order for it to be ratified in time for December 31, which gives Johnson plenty of time to be convinced one way or the other.

It’s worth noting that Downing Street dismisses these claims as speculation, despite difficulties with talks. A senior advisor to the Prime Minister said: “We are serious about leaving without a deal. We aren’t bluffing. If the EU don’t take a more realistic approach to the issues of state aid and fisheries then we will have to leave on Australia terms. They are insisting on us replicating current rules which are at odds with our status as an Independent nation.”

And there are plenty of Conservative MPs who say that when it comes to Brexit, their leader will act in the best interest of the UK, whether he reaches a deal with Brussels or not.

However, as Johnson’s inner circle becomes tighter and his strategy more secret — as tends to happen when negotiations reach a crescendo — the coming weeks could be very uncomfortable for those former Johnson loyalists who’ve long dreamed of true independence.