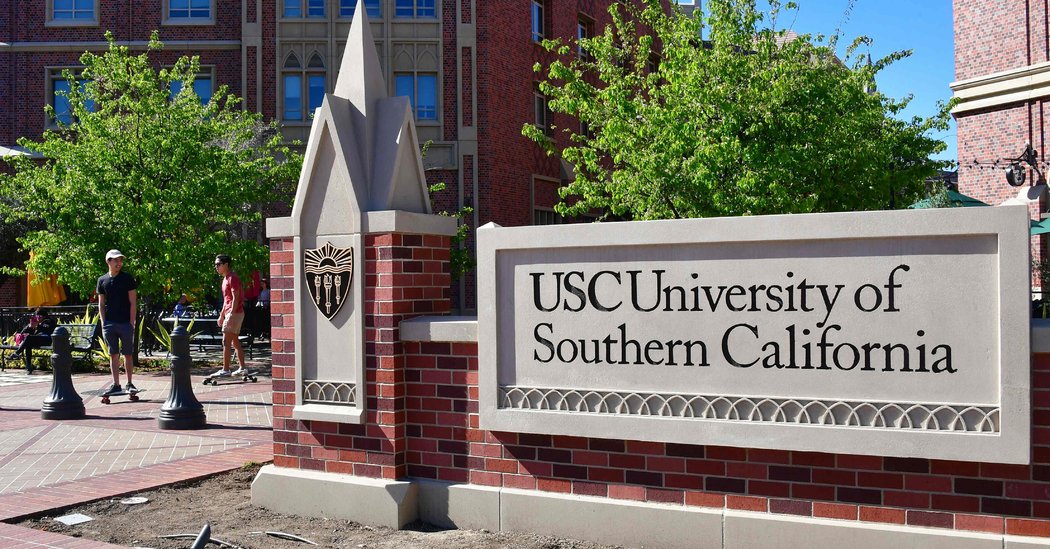 A California couple have agreed to plead guilty to charges that they paid $250,000 to fraudulently gain their daughter’s admission to the University of Southern California as a volleyball recruit, prosecutors said.

If the agreement is approved by a federal judge, the couple, Diane Blake, 55, and Todd Blake, 54, of Ross, Calif., will be the 27th and 28th parents to plead guilty in the nation’s largest college admissions prosecution, which has ensnared wealthy financiers, lawyers and celebrities.

Court documents described Mr. Blake as an entrepreneur and investor and Ms. Blake as an executive at a retail merchandising firm.

Mr. Blake has agreed to serve four months in prison and Ms. Blake six weeks, prosecutors said. They have also agreed to each pay a $125,000 fine, submit to supervised release for two years and complete 100 hours of community service, prosecutors said.

The University of Southern California declined on Saturday to comment on the agreement. Four lawyers listed in court documents as representatives of the Blakes did not respond to emails. No one replied to messages left at phone numbers listed for the couple.

More than 50 people have been charged in the sprawling case, which was orchestrated, prosecutors said, by William Singer, a Newport Beach, Calif., businessman who has been cooperating with federal investigators since September 2018.

Of the 38 parents who were charged by prosecutors more than a year ago, 10 are still fighting their cases, which could lead to federal trials beginning in October. The Blakes are scheduled to appear in court via video conference on Tuesday.

Among the prominent parents who were charged was the actress Felicity Huffman, who admitted in May to paying $15,000 to arrange for cheating on her daughter’s SAT exam. Ms. Huffman ultimately served 11 days at a minimum-security prison camp outside San Francisco.

In May, another prominent parent, the actress Lori Loughlin, pleaded guilty to conspiring to get her daughters admitted to the University of Southern California as crew recruits.

For the Blakes, the fraud began, prosecutors said, on Jan. 29, 2017, after Ms. Blake emailed Mr. Singer to say that her daughter was interested in attending U.S.C., which she assumed was “in the reach stretch category.”

Mr. Singer responded that “there is a way to garner a guarantee at U.S.C. if that is first choice but best to discuss without” the Blakes’ daughter present, according to a federal indictment.

Diane Blake later told Mr. Singer in an email, “We are fully committed to the U.S.C. plan,” which set in motion a scheme to get her daughter admitted to the university with fake athletic credentials, according to an F.B.I. affidavit.

With the help of a former U.S.C. soccer coach who has pleaded guilty in the case, Mr. Singer sent a falsified volleyball profile of the Blakes’ daughter in August 2017 to Donna Heinel, a former athletic department administrator.

The profile, prosecutors said, falsely claimed that the Blakes’ daughter had received a number of honors and had played on two club volleyball teams, one of which had qualified for junior nationals three years in a row, prosecutors said.

Ms. Heinel, who was known for determining which recruited athletes gained admission to the increasingly competitive private university, presented the Blakes’ daughter to a U.S.C. subcommittee for athletic admissions as a volleyball recruit in September 2017, prosecutors said.

Ms. Heinel has pleaded not guilty to conspiracy to commit racketeering and other charges.

The Blakes’ daughter was conditionally accepted as a student athlete, prosecutors said.

Mr. Blake then wrote a $50,000 check to U.S.C. Women’s Athletics and wired $200,000 to the Key Worldwide Foundation, a charity established and run by Mr. Singer that prosecutors said he used to pay bribes.

The Blakes’ daughter, who was unaware that her parents were orchestrating her admission to the university, was formally accepted to U.S.C. in March 2018, prosecutors said. Court documents filed in March 2019 said the daughter was enrolled at the university but was not listed on the roster of the women’s volleyball team.