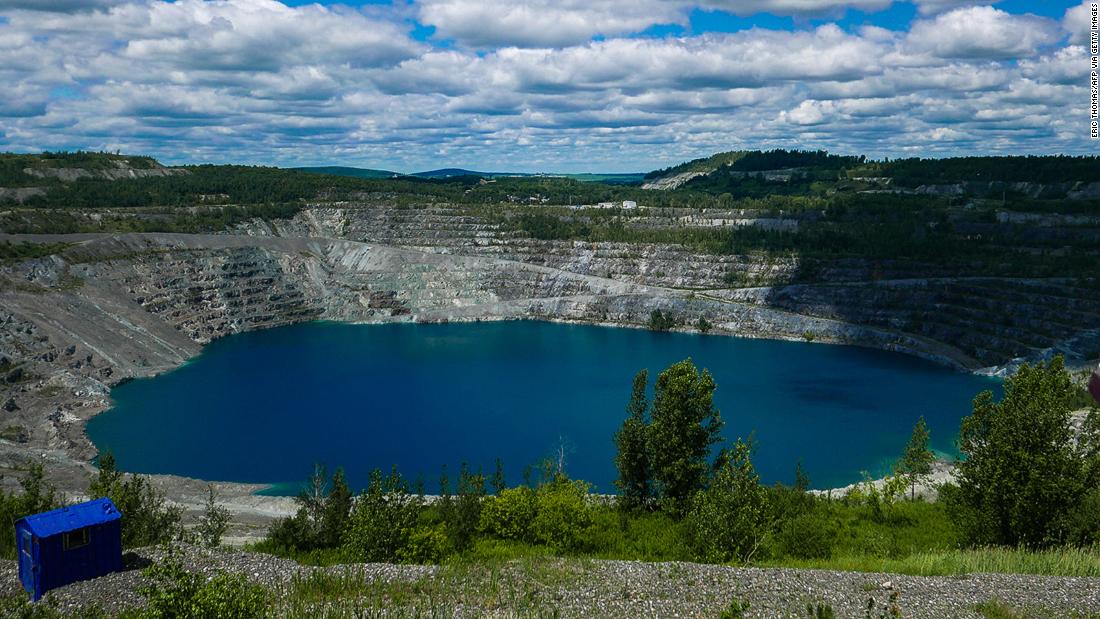 (CNN) — It’s been one of the most divisive elections in North America this year.

But close to 11 months after the poll was announced, and after a shock last-minute change of candidates, the town of Asbestos, Quebec, has a new name.

Close to half of the town’s 6,000 or so residents turned out for a parking lot-based “car vote” in mid-October, and the new name — Val-des-Sources — was revealed Monday.

But the name that swung it only joined the race less than two weeks before.

There was such controversy around the original proposals put forward by the municipal council that the Asbestos debate quickly turned toxic — and a new batch of suggestions had to be rushed out to mollify locals.

The city initially grew from the development of an asbestos mine around a large deposit of the substance discovered there in 1897. For decades, the town thrived on asbestos mining and product manufacturing.

Asbestos is a naturally occurring, but very toxic, substance once widely used for insulation. It’s been banned in Canada since 2018.

When inhaled or ingested, asbestos fibers can become trapped in the body, and may eventually cause genetic damage to the body’s cells. Exposure may also cause mesothelioma, a rare and aggressive form of cancer.

The decision to change the town’s name was made in November 2019, as the negative connotations have long been hindering business and tourism endeavors.

“As citizens are the ambassadors of a municipality and are the representatives of its vitality, it was obvious that the public would be involved in the process and the choice of the new name,” said Mayor Hugues Grimard at the time.

Call me Val: Asbestos could have been named after the Jeffrey mine (pictured), but residents voted for Val-des-Sources.

The original four proposals were revealed in September 2020: Apalone, Jeffrey, Phénix and Trois-Lacs.

Reaction on Facebook, however, was not positive. In this Francophone town, “ridicule!” (“ridiculous!”) was a recurring word in the comments.
Apalone, which is in honor of an indigenous species of turtle, was suggested by Greenpeace Canada. Lyne Dion wasn’t impressed, writing: “I wouldn’t be proud to say that I live in a soft turtle city.”

Jeffrey refers to W. H. Jeffrey, who bankrolled the town’s Jeffrey asbestos mine. Critics argue that this would be continuing to shackle the town to its asbestos legacy and also honoring the money men indirectly linked to the deaths of many workers.

‘Thank you for allowing democracy’

There were cries on social media complaining of a “lack of transparency” regarding the council’s choices.

The ruckus was such that the City of Asbestos’ general manager Georges-André Gagné was forced on September 16 to issue a second statement “calling for a constructive and respectful debate.”

The new lineup of six names, with a decidedly more Francophone bent, was revealed on October 2: L’Azur-des-Cantons, Jeffrey-sur-le-Lac, Larochelle, Phénix, Trois-Lacs and Val-des-Sources.

Val-des-Sources, meaning “Valley of the Springs” and referring to the town’s location close to the sources of three lakes, was a clear winner with 51.5% of the vote.

The new name was revealed live on Facebook and this time the response was overwhelmingly positive. Local Geneviève Lussier took to the site to praise the socially distanced “car vote” system and added, “Merci d’avoir permis la democracie” (“Thank you for allowing democracy.”)

There are those, however, who will miss the old town name, carcinogenic though it may be. Wrote Ginette Frichette during the September upset, “I’m against the name change. I was born in Asbestos and I want to die in Asbestos.”

CNN’s Elizabeth Wolfe and Brian Ries contributed to this report.