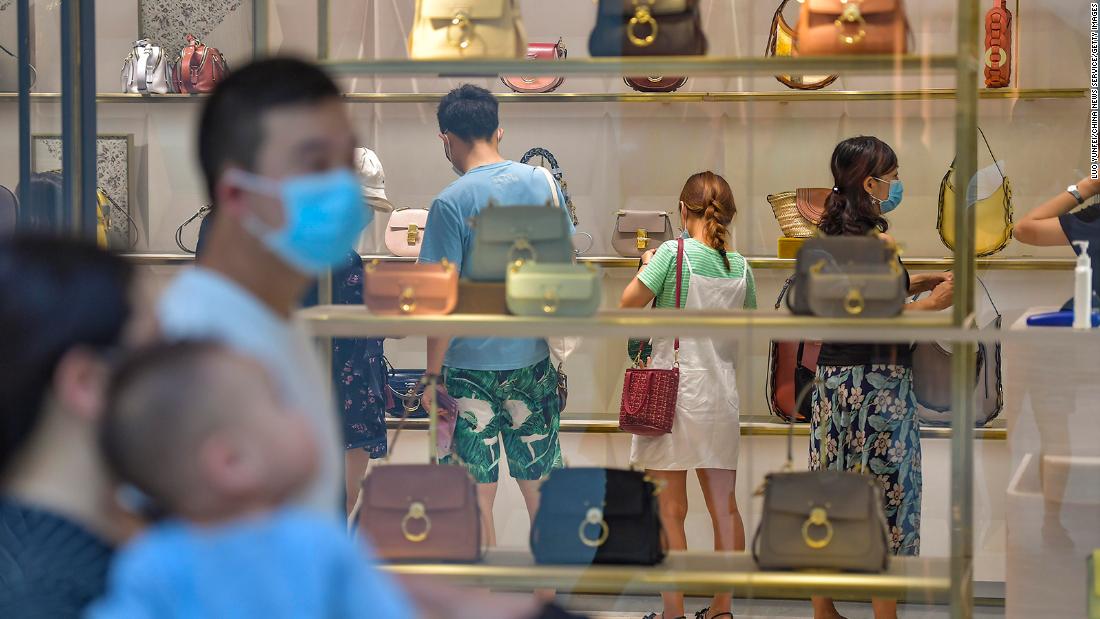 The world’s second largest economy expanded 4.9% in the July-to-September quarter compared to a year ago, according to government statistics released Monday.

The pace was quicker than the 3.2% increase that China recorded in the second quarter, when it managed to avoid the pandemic-fueled recession that has gripped much of the globe. But the growth was also a bit weaker than expected: Analysts polled by Refinitiv predicted that China’s economy would expand 5.2%.

As much of the world continues to struggle with the virus, China’s recovery has been relatively speedy. The country enforced stringent lockdown and population tracking policies intended to contain the virus, and set aside hundreds of billions of dollars for major infrastructure projects to fuel economic growth.

The positive momentum through the last six months has also helped China’s economy recover all of the output it lost after a historically bad first quarter. GDP grew a cumulative 0.7% through the first nine months of 2020, Monday’s data showed.
“The Chinese economy remains resilient with great potential. Continued recovery is anticipated, which will benefit the global recovery,” said Yi Gang, the governor of the People’s Bank of China, on Sunday during an online seminar hosted by the Washington-based Group of Thirty. He said he expects China’s economy to grow around 2% this year.

One of the most encouraging parts of China’s recovery has been the recent rebound in consumer spending, according to analysts.

Retail sales were up 0.9% in the third quarter from a year ago, with a 3.3% gain in September alone, statistics showed Monday.

More people are “willing to come out from their homes and spend money in the physical shops” as the pandemic has been brought under control, said Liu Aihua, a spokeswoman for China’s National Bureau of Statistics, at a press conference in Beijing.

A big indicator of that recovery came earlier this month, when China celebrated a busy Golden Week holiday period. During that time, hundreds of millions of people traveled around the country and spent money.

The uptick in domestic travel and spending has helped create jobs for low-skilled workers in the labor market, according to Iris Pang, chief economist for Greater China at ING. That has helped stabilize consumption even more, she added.

All told, the services sector grew 4.3% this quarter compared with 1.9% in the April-to-June period. The sector had struggled to gain traction earlier this year as partial lockdowns and social distancing policies remained in place, noted Chaoping Zhu, global market strategist at JP Morgan Asset Management. But the recent recovery signals a “more broad-based growth in the economy,” he added.

Other sectors recovered at an even faster pace than they did earlier this year.

Industrial production grew 5.8% in the third quarter from a year ago, according to Liu from the NBS. That’s faster than the second quarter’s 4.4% uptick.

In September alone, industrial production increased 6.9% from a year ago, the most in a single month this year. Technology and new energy vehicle production have been a major driver.

Keeping the focus at home

The country will work to keep its recovery going by continuing to focus on domestic demand, according to Yi, the central bank governor. He said during his Sunday speech that the domestic market will play a bigger role in generating demand.

Yi said there are still major risks facing the Chinese economy, including rising debt and bad bank loans. Small businesses were walloped by the outbreak earlier this year, leading Beijing to relax the conditions companies need to meet to obtain loans — a decision authorities acknowledged at the time would lead to an uptick in bad loans.

Don’t expect the central bank to step in with any major policy changes soon, though. Analysts at Nomura said in a research note Monday that they think Beijing will maintain its “wait and see” approach as the country gauges the rest of its recovery and contends with external pressures, including its tensions with the United States.