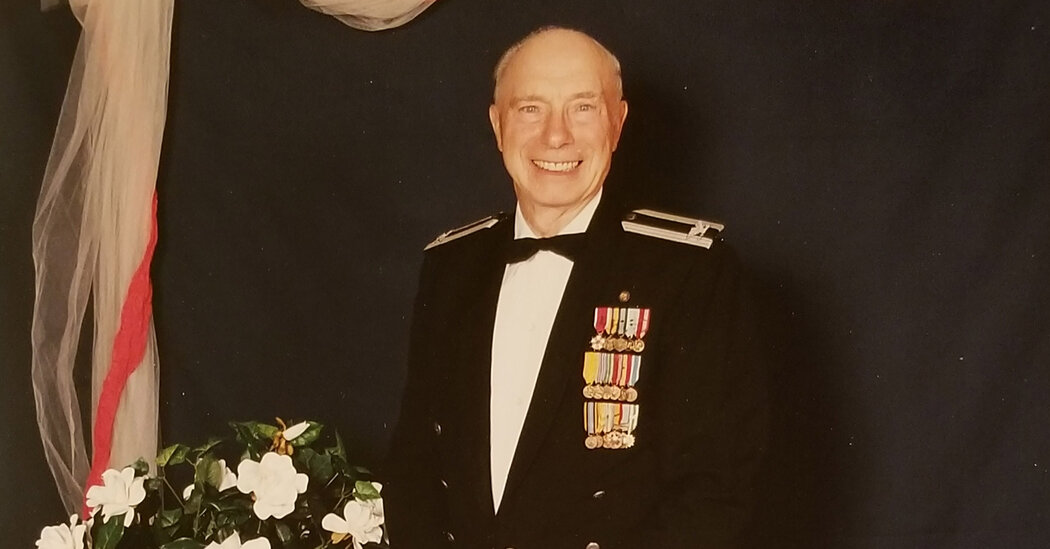 This obituary is part of a series about people who have died in the coronavirus pandemic. Read about others here.

To many in the armed forces, Col. Steven dePyssler was known for his nearly four decades of service, and believed to be one of few veterans to have served in World War II, the Korean War, the French Indochina War and the Vietnam War.

To the Barksdale Air Force Base community in Bossier Parish, La., where Colonel dePyssler had once been stationed, his legacy was that of a tireless volunteer who advised veterans’ widows and widowers on their benefits and personal finances. He would give widows turquoise necklaces and thank them for the sacrifice they made for their country.

“I knew he was a big deal around here,” said his son, Bruce dePyssler, a professor of mass communication at North Carolina Central University, “but no matter where I go — on the golf course — ‘Oh you’re Colonel D’s son? He helped my mother.’”

On July 25, four days after his 101st birthday, Colonel dePyssler died at Intensive Specialty Hospital in Bossier City, in northwest Louisiana. His son said the cause was complications of Covid-19.

Steven Leroy dePyssler was born on July 21, 1919, in Chicago to Adolph De Clerk, a bricklayer who was murdered when Steven was 8, and Caroline Lena Snyder, a homemaker who later married Louie dePyssler, a janitor whose last name Steven adopted.

After graduating in 1938 from Mount Carmel High School, where Steven was a state boxing champion, he attended Loyola University Chicago on a basketball scholarship but left school to start his service in the armed forces in January 1941. Throughout his 38 years of active duty, he held every enlisted, warrant officer and officer rank up through colonel.

Specializing in logistics and supply for the Air Force, Colonel dePyssler would work with squadrons around the world to oversee the acquisition and distribution of everything from toilet paper to weapons and plane parts. He also looked after the families of airmen who lived on the base, once establishing a Little League baseball program in Minot, N.D.

“They knew Steve was the guy you’d send some place if the squadron was struggling,” said Col. Sara Ann Custer, director of manpower, personnel and services for the Air Force Global Strike Command at Barksdale Air Force Base. “He literally wrote the book on how to do supply chain management for Strategic Air Command.”

After retiring in 1978, Colonel dePyssler spent the next 41 years volunteering at the Barksdale Air Force Base’s retiree affairs office. He continued to come into work even after his 100th birthday, and on the weekend, when his wife was at the grocery store.

As the office’s unpaid director, he helped retirees navigate red tape and paperwork when applying for their benefits. He also advised the base’s young airmen on managing their finances (“buy a used car” was a recurring refrain). And he chaired the annual military retiree ball, and helped spearhead the development of the Northwest Louisiana War Veterans Home, a nursing facility for which he donated $50,000 to establish a trust.

In addition to his son, Colonel dePyssler is survived by his wife of 75 years, Gloria (Murdoch) dePyssler; his daughters, Carol Wendt and Stephanie Hoekstra; and two grandchildren.

A voracious reader whose desk was typically covered with copies of National Geographic and Newsweek, Colonel dePyssler for years served as the editor and publisher of The Armed Forces Retiree News, a monthly newspaper that reached thousands of subscribers and was never short on advice regarding Social Security benefits or shopping for car insurance.

“He just wanted to get information out to everybody,” said Fred Acosta, a colleague at the retiree affairs office who assisted him in publishing the paper. “He didn’t care about money, just taking care of the people.”