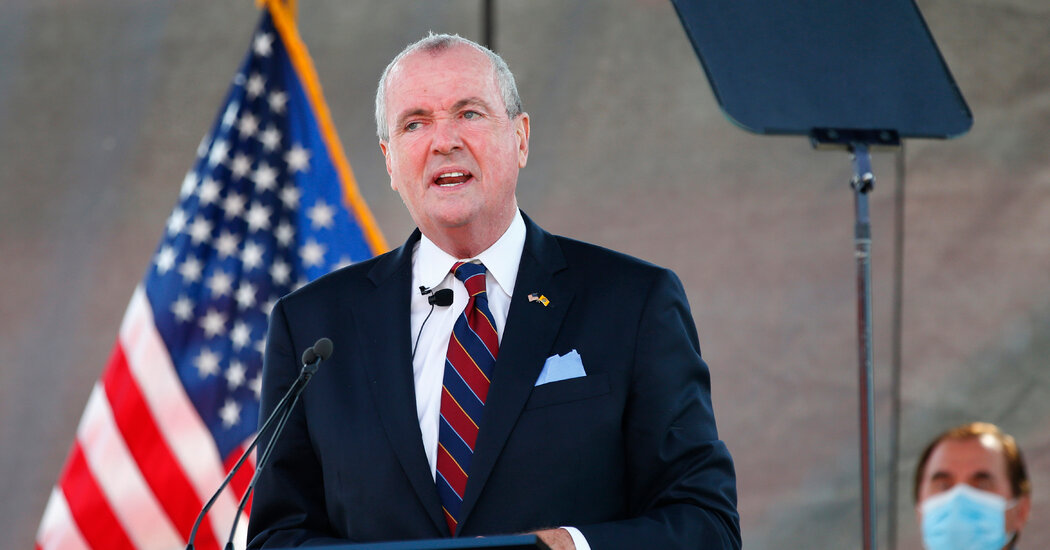 New Jersey officials agreed on Thursday to make the state one of the first to adopt a so-called millionaires tax to alleviate shortfalls caused by the pandemic, intensifying a national debate over whether to increase taxes on the rich to help address widening income gaps.

Three years after taking office with a pledge to raise taxes for the state’s wealthiest residents, Gov. Philip D. Murphy, a Democrat, announced a deal with legislative leaders to increase state taxes on income over $1 million by nearly 2 percentage points. The agreement also includes an annual rebate of as much as $500 for families making less than $150,000.

“We do not hold any grudge at all against those who have been successful in life,” said Mr. Murphy, a former executive at Goldman Sachs. “But in this unprecedented time, when so many middle-class families and others have sacrificed so much, now is the time to ensure that the wealthiest among us are also called to sacrifice.”

Republicans and some business leaders warned that higher taxes will lead to an exodus of affluent residents, draining the state of revenue needed to pay for basic services like education and health care.

The issue of requiring higher earners to pay more has also become an issue in the presidential race. Joseph R. Biden Jr., the Democratic nominee, has proposed raising taxes on people earning more than $400,000 to finance a slate of programs, including expanded day care.

Last month, Mr. Murphy proposed giving children born into families earning less than $131,000 a $1,000 nest egg to use when they turn 18. That proposal, which would cost about $80 million a year, has not gained traction during negotiations over the state budget, which is due Oct. 1.

In New Jersey, the millionaires tax was an initiative the Democrat-led legislature had symbolically approved for years before Mr. Murphy took office in 2018, knowing that it would never be signed into law by Chris Christie, then the Republican governor.

But Mr. Murphy, a self-avowed progressive who arrived in Trenton with few legislative allies, had been unable to win support for the idea from the Senate president, Stephen M. Sweeney, a political rival, or the Assembly leader, Craig J. Coughlin.

Facing a fiscal crisis brought on by the urgent health needs of the pandemic and the monthslong shutdown of businesses, lawmakers agreed to raise the tax rate on earnings over $1 million to 10.75 percent, up from 8.97 percent. Individuals earning more than $5 million were already taxed at the higher rate.

The deal underscores the shifting political climate and a recognition that the wealthy may need to contribute more to the state’s recovery with so many residents out of work and struggling to feed their families.

More than 1.5 million residents have filed for unemployment benefits since Mr. Murphy implemented a lockdown to help stop the spread of the virus, which has led to the deaths of more than 16,000 New Jersey residents.

The agreement is also a tacit acknowledgment of Mr. Murphy’s approval ratings, which jumped to 71 percent in a recent poll by Monmouth University based on a generally positive view of how he has handled the pandemic.

Hetty Rosenstein, the state director for the Communications Workers of America, a large public-sector union, applauded the tax as a “progressive approach to raising revenue and funding services.”

But others say the tax hike may wind up hurting the state.

John Boyd, who helps run the Boyd Company in Princeton, N.J., which advises corporations on where to relocate businesses, said the new millionaires tax represents a missed opportunity for New Jersey at a time when corporations and retail chains with offices in Manhattan are mulling an exit strategy.

As people continue to work remotely, more families are searching for homes in the suburbs of New York City.

But a tax climate inhospitable to wealthy executives and employees hurts New Jersey’s chances to lure new companies, Mr. Boyd said, and increases the risk that affluent residents will decide to flee.

“This decision by New Jersey is being applauded in Florida, in the Carolinas and in Texas today,” he said.

A 2014 study by Stanford University that evaluated a 2004 tax increase on high-income New Jersey residents concluded that it had not chased the affluent out of state. That was also true in California, which enacted a millionaires tax the year after New Jersey, the study found.

Still, in neighboring New York, Gov. Andrew M. Cuomo, a fiscal moderate, has largely resisted proposals to raise billions by taxing the wealthy. Mr. Cuomo has consistently called on the federal government to bail out the state, which he says needs some $59 billion to cover two years of projected deficits for state and local governments.

Progressives in Albany have been pushing the governor to consider a variety of bills, including one to raise the tax rate on those earning more than $100 million to almost 12 percent.

New Jersey’s millionaires tax is expected to generate an estimated $390 million this fiscal year. The $500 rebate, a compromise put forth by Mr. Coughlin, is expected to cost about $340 million a year.

An estimated 800,000 households will be eligible for the rebate, which applies to families with at least one child and an annual income of less than $150,000 a year for couples and $75,000 for single parents.

The millionaires tax is part of a nine-month, $32.4 billion spending plan that must be adopted by Oct. 1. The proposed budget Mr. Murphy released last month also includes about $1.2 billion in spending cuts and $4 billion in new bonding debt.

The deal, first reported on Wednesday by the New Jersey Globe, was immediately criticized by the state Republican Party.

“Blink and you’ll miss the next Trenton tax hike,” the state’s Republican chairman, Doug Steinhardt, said in a statement. “That’s how fast Phil Murphy and his Democrats are spending your money.”