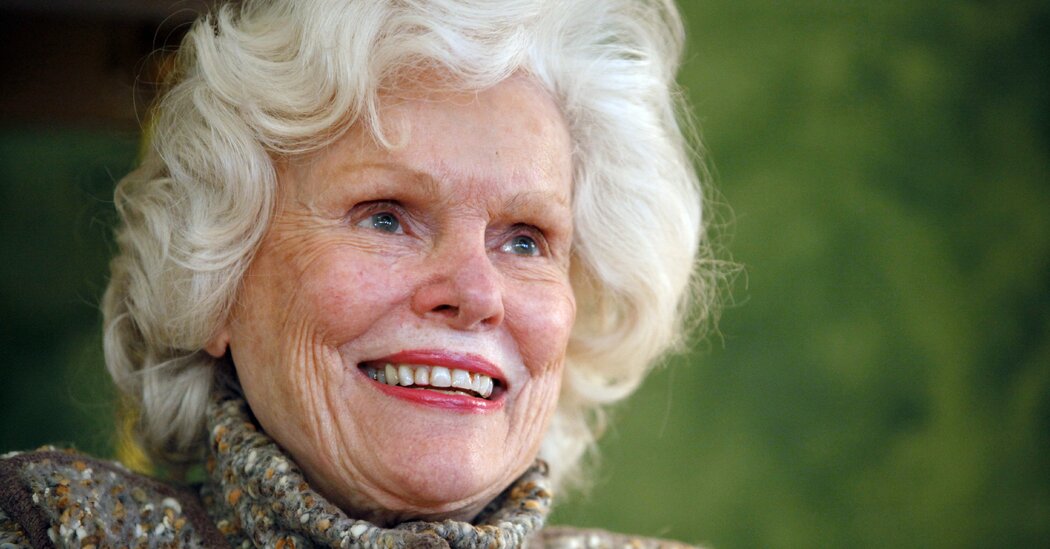 Doris Buffett, a self-styled retail philanthropist who once declared that her billionaire younger brother, Warren Buffett, “loves to make money and I love to give it away,” died on Tuesday at her home in Rockport, Me. She was 92.

Her death was confirmed by her grandson Alexander Buffett Rozek.

Ms. Buffett had been a benefactor in her own right when her brother, one of the world’s most successful investors, announced his intention in 2006 to donate nearly his entire fortune before he died, opening the gates to a flood of supplicants. At the time his worth was estimated at $44 billion.

While he ran Berkshire Hathaway, the conglomerate that includes Dairy Queen, Duracell and Geico, Mr. Buffett entrusted his sister and a group of women she had recruited to sift the requests for financial help, assess their merits and monitor the impact of those that were granted.

In some cases they were sanctioned to satisfy more modest requests — for money to help pay for dental work, legal bills in custody cases, wheelchairs, automobile repairs, electric bills and the like.

Ms. Buffett’s own Sunshine Lady Foundation, which she founded in 1996, and, more recently, The Letters Foundation, which she and her brother founded, have focused tens of millions of dollars in large and small donations on individuals and organizations committed to educating prison inmates, battered women and low-income teenagers, and to improving the lives of the mentally ill while also easing the burden on their caregivers.

Ms. Buffett shunned what she called “the S.O.B.’s” — symphonies, operas and ballets — as recipients of largesse and instead concentrated on the underprivileged, as she did with The Letters Foundation.

“I rounded up a bunch of ladies, and we started reading letters,” she recalled. “Some of them were nutty, but most of them were from people who were genuinely desperate and just needed a little help” — “decent people who just didn’t have the breaks somebody else did.”

The requests were vetted initially by an informal group of seven or eight woman she had brought together in Maine. Their stated goal was not so much to enable the beneficiaries as to empower them.

“I do consider these as investments rather than giveaways, and I’m looking for a good return on them,” Ms. Buffett said. “The best return is when lives change for the better in some way. That’s the commanding thought behind all I do.”

Warren Buffett recalled in an interview that his sister, who was three years his senior, was always a “doer.”

“She would talk to every one of these people; she didn’t just write a check,” he said. “She was enormously empathetic and did something about it.”

Doris Eleanor Buffett was born on Feb. 12, 1928, in Omaha, Neb., a descendant of a 17th-century Long Island pickle farmer. She represented the sixth generation of her family to live in Nebraska’s largest city and belonged to the Daughters of the American Revolution.

Her father, Howard H. Buffett, was a stockbroker and four-term Republican congressman. Her mother was Leila (Stahl) Buffett, whom Doris Buffett believed was bipolar.

“If there was no fairy godmother for me, maybe I could be one for others,” she told The Free Lance-Star of Fredericksburg, Va., in 2018.

Doris and her siblings were given intelligence tests when they were children and, she later discovered, she had scored only two points below Warren. “He got a lot out of those two points,” she said of her brother.

After graduating from Woodrow Wilson High School in Washington, she attended George Washington University and later earned her bachelor’s degree from the University of Nebraska. She married Truman Wood, in the first of four marriages that would end in divorce.

In addition to her brother Warren, Ms. Buffett is survived by three children from her first marriage, Robin, Marshall and Sydney Wood; her sister, Bertie Buffett Elliott; four grandchildren; and two great-grandchildren.

Ms. Buffett started the Sunshine Lady Foundation in 1996 after inheriting a fortune in Berkshire Hathaway stock from her mother, who died that year. Her brother provided some $10 million to review the thousands of letters he had received soliciting small contributions. She eventually contributed more than $200 million of her own.

She later left the foundation in a dispute between the staff and the family and, with her brother, founded The Letters Foundation, which has made more than 1,000 grants.

Ms. Buffett was the subject of an authorized biography, “Giving It All Away: The Doris Buffett Story” (2010), by Michael Zitz. In 2018, she released “Letters to Doris: One Woman’s Quest to Help Those With Nowhere Else to Turn.”

While she endured four divorces and lost a fortune in the 1987 stock market crash, “Doris, by no means, lives a spartan life,” her brother wrote in the foreword to “Giving It All Away.”

“But she does give away money that, were it used personally, would make her life easier,” he added. “She is one of the rare well-off individuals who reduces her net worth annually by making charitable contributions.”

Much of the money she gave away went to her several hometowns — Fredericksburg, Va.; Wilmington and Beaufort, N.C.; and Rockport.

Mr. Buffett said he had always been confident that his sister would choose wisely in deciding whom to help among the letters that he had forwarded to her.

“Some people write a large number of checks,” he said. “Others invest a large amount of time and effort” in choosing their beneficiaries. “Doris does both. She’s smart about how she does it as well, combining a soft heart with a hard head.” (“If you created your own problems, don’t bother to call Doris,” he added.)

She, like him, wanted most of her fortune to be spent on solving problems in her lifetime.