Fact check: No, more testing isn’t the reason US coronavirus case numbers are getting worse 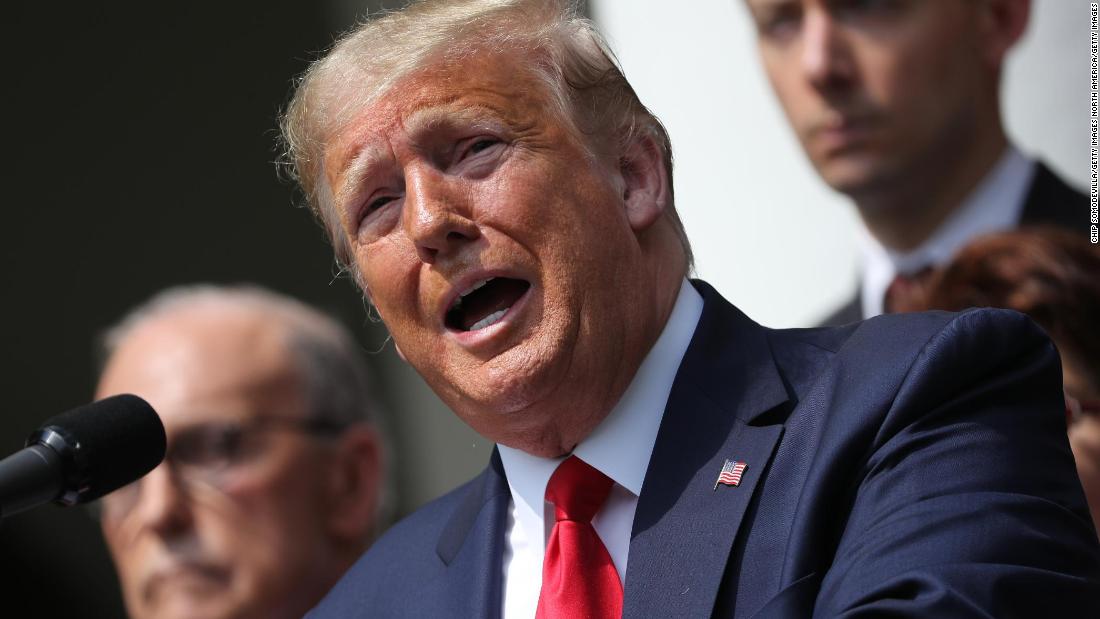 Trump’s own officials and his Republican allies have acknowledged it’s not true that a rising number of tests is the reason the number of cases has skyrocketed over the last month. One telling piece of evidence that the spike is genuine: the percentage of people testing positive, a key measure of the true spread of the virus, has also spiked.

Trump also keeps saying that the only reason the US has shown more confirmed cases than other countries, such as Germany, is that the US is doing more testing than they are. That is also not true. Countries like Germany have needed to do less testing over time because they were more successful at containing their outbreaks in the first place — by employing a strategy that involved aggressive early testing.

Trump’s broad claim that the US testing system is now a “tremendous” success is more subjective than the others, but many experts say it is also wrong. After a fatally slow launch to the testing system, there is widespread belief among experts that the US is still not doing enough.
Evidence abounds. Faced with high demand, laboratories are taking longer to deliver results; the delays reduce the usefulness of the tests themselves. And there are still shortages in the availability of tests in parts of the country.

“Testing is certainly better than it was in April or May, but we still have a long way to go,” said Tara Smith, an epidemiology professor at Kent State University, noting reports of overwhelmed testing sites in multiple states. “We’re still nowhere close to where we need to be to test everyone who wants it, and lack of testing impacts our ability to carry out isolation and contact tracing. We still require a lot of improvement.”

Trump has been laughably dishonest when he has repeatedly claimed that the US would “have” few cases if it did much less testing.
That’s like saying someone with cancer wouldn’t have cancer if they were never tested for the disease — or that someone standing in front of you isn’t there if you close your eyes. The US would show fewer coronavirus cases with less testing, as Trump tweeted on Thursday, but would still have the cases that were going unrecorded.

In fact, the true number of cases would likely be higher with less testing.

That’s because testing is not just a passive data tool that allows the government to measure the number of infected people. It is also supposed to be a pandemic-fighting tool — informing people who are infected and allowing them to take steps to avoid spreading the virus. (In theory, testing also allows the government to conduct contact tracing, informing people who have spent time near infected people that they are also at risk and should take precautions to avoid further spread.)
“This may seem counterintuitive, but if you are doing enough testing, cases should start to go down because you are finding people early before they spread it,” Dr. Sanjay Gupta, CNN chief medical correspondent, wrote on Twitter in June.

The number of confirmed cases was rising in 33 of the 50 states as of Thursday, according to Johns Hopkins University data.

The US as a whole has set a series of one-day records for newly confirmed cases in late June and early July.

Trump’s own officials, such as Assistant Secretary for Health Adm. Brett Giroir, have acknowledged the country is experiencing a “real” increase in cases, not just showing the result of more testing.

The evidence that Giroir noted to Congress last week: “The percent positivities are going up.”
The positivity rate measures the number of people who test positive for the virus compared to the total number of people who have been tested.
According to Johns Hopkins data, the national positivity rate has almost doubled in the last month — with the seven-day moving average increasing from 4.4% on June 9 to 8.2% on Thursday.

Texas, Arizona and Florida, which have seen recent spikes in the number of confirmed cases, have also seen a dramatic increase in their positivity rates — with Texas jumping from 6.6% to 15.6% in the last month, Arizona increasing from 12.7% to 26.8% in the same time period, and Florida going from 4.1% to 19.1%.

Texas Gov. Greg Abbott pointed to the positivity rate as a key measure in early May, when the state began to reopen, saying that if the state saw a rate of more than 10% it would serve as a “red flag.” Texas surpassed a 10% rate on June 24; Abbott paused the reopening plan the next day.
Another Republican governor, Florida’s Ron DeSantis, acknowledged in late June that the state’s spike was not a result of testing increases: “Even with the testing increasing or being flat, the number of people testing positive is accelerating faster than that.”

Florida’s Miami-Dade County, which has seen a drastic spike in cases, reported a 26% positivity rate on Sunday.

“That’s the real issue, and when you correlate that with the increase in hospitalizations, then you know you have an uptick in the infection rate here in Miami-Dade County,” county Mayor Carlos Gimenez said on CNN.

Trump has argued, as he did again on Twitter Thursday, that the US has higher case numbers than other countries only because the US is testing more than those countries are.
Trump has even claimed that the higher number of US tests is the reason the US shows more cases than Germany, a country that has been widely praised for its handling of the pandemic.
“So Germany is going to show fewer cases because they’re testing far fewer people — different-sized countries and all, but they’re testing far fewer people,” Trump said on Fox News in late June.
That is also inaccurate. By aggressively testing at the outset of the crisis, Germany — like another country Trump has mentioned while boasting of the total number of US tests, South Korea — simply did a better job suppressing its outbreak. It therefore required fewer tests per person over the long term.

Dr. Hans-Georg Kräusslich, a professor and infectious diseases expert at the University of Heidelberg in Germany, said that the number of tests conducted is generally determined by medical need, specifically the number of people experiencing symptoms — and since Germany has a low true infection rate, the country does not need to use even close to its full testing capacity.

As of Wednesday, Germany, with a population of about 83 million, had 197,341 confirmed cases and 9,036 deaths. The US, with a population about four times larger, had about 15 times as many confirmed cases through Wednesday (3,054,699) and about 15 times as many deaths (132,300).
Miguel Hernán, an epidemiology professor at the Harvard T.H. Chan School of Public Health, said that “greater intensity of testing cannot explain the difference by itself.” He noted that, per million people, the number of US tests exceeds Germany’s by a ratio smaller than the ratio by which the number of US cases exceeds Germany’s.

“No, I do not think that testing rates explain the differences,” Kräusslich said.

There is a kernel of truth to Trump’s claims about international comparisons. It is reasonable to argue that the true number of coronavirus cases in some big countries, such as Brazil and India, is much higher than the confirmed number of cases in those countries, since experts say they are not doing nearly enough testing.
However, the true number of cases in the US is also very likely much higher than the confirmed number. Robert Redfield, the director of the Centers for Disease Control and Prevention, told reporters in late June: “Our best estimate right now is for every case reported there were actually 10 other infections.”