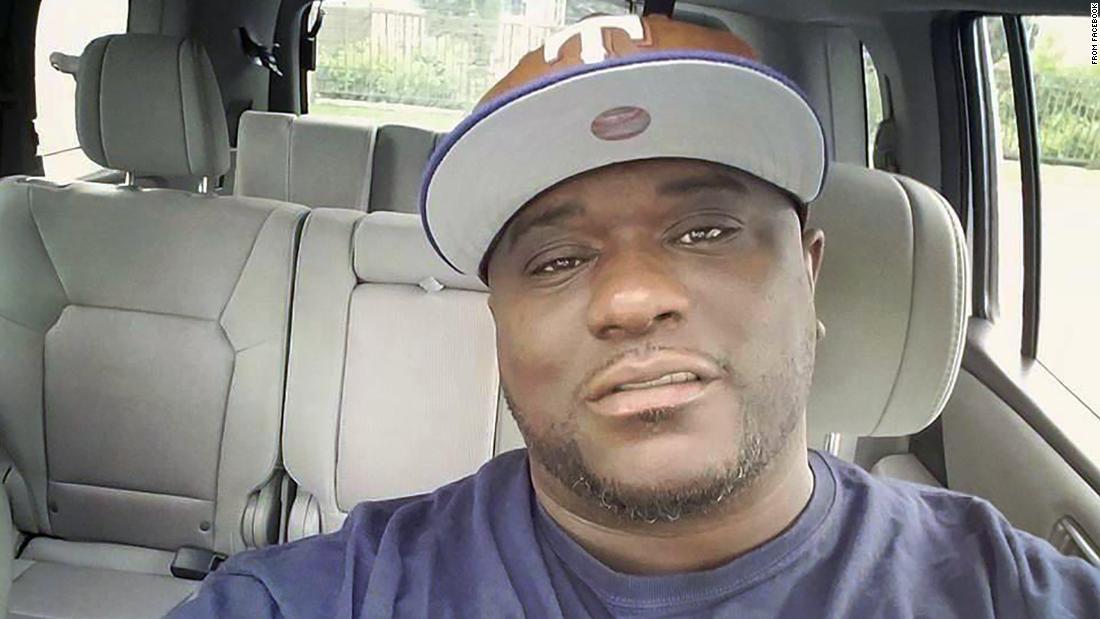 Ambler, 40, died in March 2019 after a car chase that started in Williamson County and ended in the nearby city of Austin. During the arrest, Ambler can be heard on body camera footage telling sheriff’s deputies several times he couldn’t breathe.

But there was also additional video from the A&E reality show “Live PD,” that accompanied officers on the chase. A&E has said the footage never aired and that the network and its producers were never “asked for the footage or an interview by investigators from law enforcement or the district attorney’s office.”

The lawsuit, filed in federal court in the Western District of Texas, Austin Division, names Ambler’s parents, Javier and Maritza Ambler, Amber’s two heirs, J.R.A. and J.A.A., and the mother of J.A.A, Michele Beitia, as plaintiffs.

A&E is not named as a defendant in the lawsuit.

In addition to citing multiple examples of alleged excessive violence both by Chody and his officers, the complaint says “Chody encouraged his officers to engage in dangerous, high-risk police tactics because it made for more entertaining television in service to Live PD.”

The complaint alleges that violence, like the encounter with Ambler, increased in the department due to filming.

CNN has emailed A&E for comment on the lawsuit against Williamson County and has not heard back.

A car chase that ended in a deadly arrest

Ambler was pulled over for allegedly failing to dim his lights when a Williamson County sheriff’s deputy, who had a “Live PD” film crew in the car, drove past in the opposite direction, the complaint says.

The officer turned around and began chasing Ambler after he failed to pull over. The sheriff’s deputy reported the chase “over the interdepartmental radio.” Another sheriff’s deputy then joined the chase, which continued “for over twenty minutes,” according to the complaint.

The complaint says that despite the fact Ambler, who was approximately 400 pounds and had an underlying heart condition, was compliant, a deputy drew a handgun on him, tased him multiple times, and demanded he lay on his stomach even as he said he had congestive heart failure, according to the complaint.

Chody was indicted in September for tampering with physical evidence in the investigation of the death of Ambler, a third-degree felony that carries a sentence of up to 10 years in jail. Chody denied the charges.

The sheriff and his lawyer criticized the district attorneys of both Williamson and neighboring Travis counties for using him as a “scapegoat” after they failed to investigate Ambler’s death until more than a year after the incident.

Video of the incident “disappeared” after Ambler’s death, according to the complaint.

Dan Abrams, who formerly hosted the show, told CNN in June there was a policy in place for the show to destroy footage after a certain period of time. He said the video was retained for three months per the request of Williamson County while they investigated the incident.

“They then informed ‘Live PD’ the investigation was over. That was a year ago. That was the last anyone from ‘Live PD’ had heard about the video,” Abrams said.

Chody’s lawyer told CNN Monday that he “has no comment.”

CNN reached out to Williamson County as well for comment.

Although they are named in the complaint, CNN is not naming the two officers involved because they have not been charged with any crimes.

The complaint also alleges the conditions of Ambler’s arrest violated the Americans with Disabilities Act because of Ambler’s weight and his heart condition.

The Ambler family is being represented by Edwards Law in Austin, Texas, Romanucci & Blandin, LLC in Chicago, and Attorney Ben Crump, according to the complaint.

During a news conference Monday, Attorney Jeff Edwards told reporters that while they were not going to disclose a specific number in the way of damages, it would be “very, very significant.”