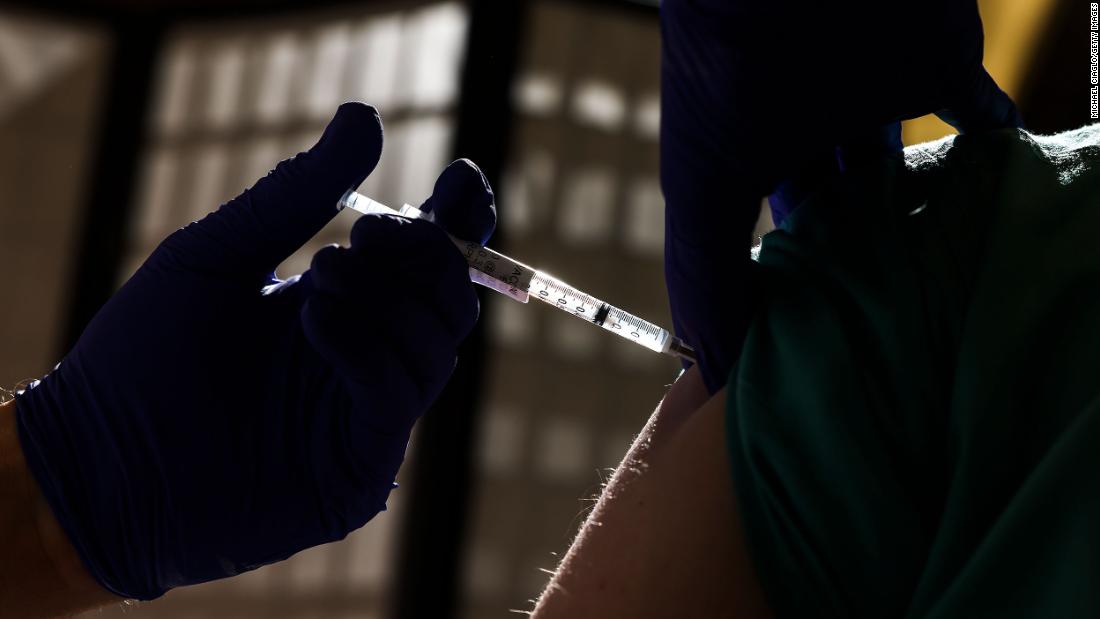 “I’m very, very concerned,” says Dr. Ranit Mishori, senior medical advisor for Physicians for Human Rights. “If we are as a country to achieve herd immunity, that means non-citizens who live among us have to be immunized.”

But Mishori and other advocates and experts who recently spoke with CNN said a big obstacle is standing in the way of that goal: fear.

Here are some of the key issues they’re already seeing come up.

Dr. Kathleen Page says she’s seen this fear play out time and time again during the pandemic. Sometimes, she says, undocumented patients are extremely ill with Covid-19, but still scared to go to the hospital because they’re afraid they could end up in the hands of immigration authorities.

And when it comes to the vaccine, Page says she’s started hearing similar concerns from some of her patients.

“I’ve heard from people who say, ‘You know what, I’m not sure about this vaccine. I’m not sure whether to trust it, I don’t trust this administration,'” says Page, an associate professor at Johns Hopkins University School of Medicine.

Federal and state officials are still working out the details of how coronavirus vaccines will be distributed. It could be months before a vaccine is available even for some essential workers, let alone members of the general public. And a new administration that’s vowed to swiftly change immigration policies is waiting in the wings.

But already in some corners of the immigrant communities that have been disproportionately devastated by the pandemic, Page says, vaccine conspiracy theories are taking hold. She says it’s not hard to understand why skepticism and mistrust of the government are prevalent in undocumented communities — and why some immigrants fear that data collected when vaccines are given could later be used by immigration authorities.

“It doesn’t take a lot,” she says, “to convince someone who has seen things like families separated at the border, kids separated from their parents, to think, ‘Well, this government Is not looking out for me, and why should I trust them?'”

Page says she tells her patients she’ll be taking the vaccine, and she hopes they’ll do the same.

But she says the concerns she already sees bubbling up are a clear sign that community leaders must be involved in the vaccine rollout.

“We need to get enough people to really trust the system and get access and get vaccinated so we can make a difference,” she says. “Otherwise this group of people will continue to be suffering disproportionately.”

Asked by CNN whether — and how — vaccines would be made available to undocumented immigrants as part of the federal government’s distribution efforts, the Department of Health and Human Services issued a statement saying it was “not involved with this policy decision” and is working to make sure every American has access to the vaccine. State and local governments will ultimately decide on how vaccines are distributed, HHS said.

“Operation Warp Speed will deliver vaccines to administration sites requested by jurisdictions, enabling and executing their plans, as they best know their populations and areas,” the statement said, referring to the federal vaccination effort.

Worries about cost could also get in the way

The federal government has promised that any coronavirus vaccine will be provided free of charge to the American public.

“We’ve paid for the vaccines, we paid for the shipping costs, and the administration costs … will be covered by healthcare payers, private insurance, Medicare, Medicaid, and our program to cover Covid-19 expenses for the uninsured,” Health and Human Services Secretary Alex Azar said earlier this month.

But other comments from leaders have given immigrant advocates pause — like something Pfizer CEO Albert Bourla told CNN last month. In an interview with CNN Chief Medical Correspondent Dr. Sanjay Gupta, Bourla said the vaccine would be free “for all American citizens.”

That prompted a letter from a New York lawmaker, expressing concern.

“While everyone is waiting with anticipation for a vaccine and a return to normalcy, your recent comments that the vaccine will be free to all American citizens raises an important question: will our refugee and immigrant neighbors (both documented and undocumented) be included in this distribution?” New York state Sen. Michael Gianaris wrote.

“Covid-19 does not discriminate, and neither should we as access to a vaccine grows closer,” Gianaris, the state Senate deputy majority leader, said in a statement released with the letter last month.

Asked this week by CNN to explain Bourla’s comments, Pfizer referred questions on the matter to the government, saying the CEO had been referring to government statements on the topic.

And fear isn’t the only factor advocates are worried about

While combating fear around the vaccine is a top concern for advocates and medical professionals who work with immigrant communities, it’s not the only thing on their minds.

“There’s fear and then there’s also logistical barriers,” says Joel Diringer, a consultant for the California Rural Legal Assistance Foundation who has been pushing for California officials to do more to prioritize farmworkers in that state’s vaccine response.

“This is a crisis. …. This is one of these times in history where we need to be protecting our workers that are feeding us all across this nation, and we need to meet them where they’re at to provide service and information and get them the help they need, because it’s life and death,” says Noe Paramo, a legislative advocate for the foundation.

That, Diringer and Paramo say, means taking steps now to conduct outreach and plan for things like mobile clinics and flexible hours to make sure the largely immigrant workforce living in remote, rural areas has access to vaccines.

Mishori of Physicians for Human Rights says another major issue deserves attention now: making sure ICE detainees get vaccinated as quickly as possible.

“They’re even more vulnerable than the undocumented immigrants in the community…because they’re in a setting where Covid is really spreading uncontrollably. They’re almost like sitting ducks in there waiting to be infected,” she said.

ICE says the agency is working with its federal and contract facilities to make sure detainees receive the vaccine.

“ICE will follow the recommendations of the Centers for Disease Control and Prevention’s (CDC’s) Advisory Committee on Immunization Practices (ACIP) and other relevant federal government guidance regarding vaccine prioritization to ensure detainees receive their vaccinations as quickly as possible,” the agency said in a statement to CNN.

But exactly when — and how — that will happen remains unclear.

It took time for officials to realize the extent of health inequities playing out during the pandemic and take steps to combat them, and Mishori says she worries a similar situation will unfold with the vaccine.

“We’ve had honestly years of health-care system marginalization of these communities. I don’t see how it’s not going to be a story that repeats itself,” she says. “But I hope it’s not. I hope we can stop it.”

Mishori says that’s why she and other advocates are speaking out now — before it’s too late.