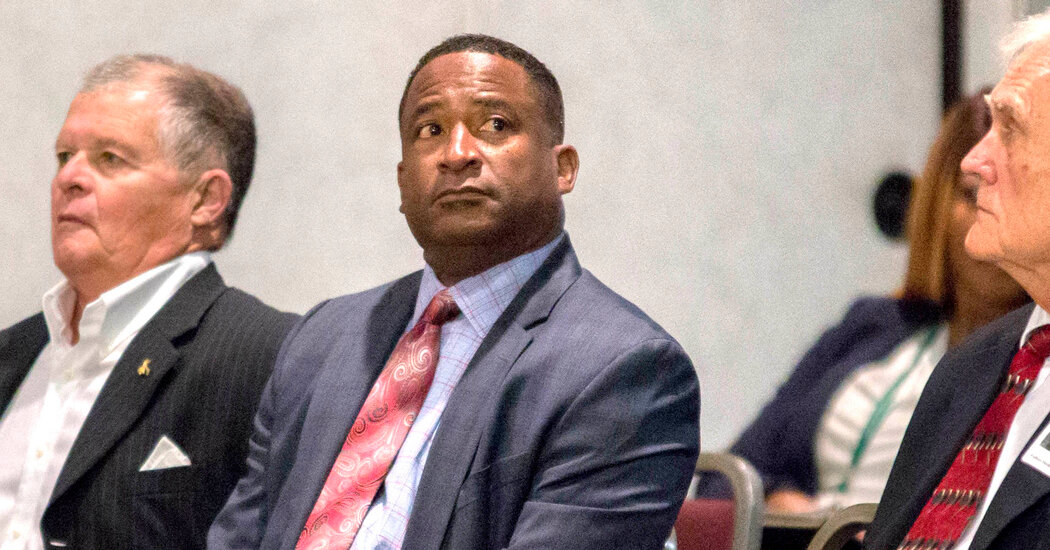 MIAMI — A high school principal in Florida whose refusal to acknowledge the Holocaust as a “factual, historical event” in an email led to a national backlash, his firing and then his rehiring has been fired for a second time.

The Palm Beach County school board on Tuesday voted 7 to 0 to fire the principal, William Latson, who was removed from his post last year at Spanish River Community High School in Boca Raton, Fla., after a 2018 email exchange with a student’s parent became public.

In a revised final order approved on Tuesday, the school board said that “Dr. Latson’s actions did rise to the level of gross insubordination.”

“Dr. Latson did commit misconduct in office, incompetency and gross insubordination, providing just cause for his suspension and termination,” the board added.

A lawyer for Mr. Latson did not immediately respond to a request for comment on Wednesday.

Mr. Latson, who has worked for the district for 26 years, oversaw Spanish River High until he was reassigned in July 2019, after his remarks in an email with a parent drew a national uproar.

“I can’t say the Holocaust is a factual, historical event because I am not in a position to do so as a school district employee,” Mr. Latson stated in one of the emails, which were obtained by The Palm Beach Post. Mr. Latson said he had to stay “politically neutral” and separate his personal views about the Holocaust from his job as a public school official.

In October 2019, the school board voted 5 to 2 to fire Mr. Latson, who requested a hearing before a judge. The case moved to the Division of Administrative Hearings in Tallahassee, Fla.

In August, Judge Robert S. Cohen concluded that Mr. Latson should have been reprimanded or reassigned to another position at the Palm Beach County school district, but not fired.

The judge said that Mr. Latson had not “engaged in misconduct in office, incompetence or gross insubordination by a preponderance of the evidence.”

During a school board meeting on Oct. 7, callers, including Jewish people and relatives of Holocaust survivors from around the country, requested in recorded messages that the school board not reinstate Mr. Latson.

At the meeting, which was two months after the judge issued his recommendation, the school board voted 4 to 3 to reinstate the principal.

The rehiring stirred up another outrage. Richard Corcoran, the Florida education commissioner, called for the immediate cancellation of Mr. Latson’s professional educator certificate.

The school board took up Mr. Latson’s rehiring again last month. School board members delayed a decision scheduled for Oct. 21 so they could listen to more than 20 hours of public comment.

Before the rescheduled vote, Mr. Latson released a three-minute video in which he apologized to the district and community.

On Nov. 2, the school board rescinded its previous vote and on Tuesday, the board approved a revised final order to terminate Mr. Latson’s employment.

Mr. Latson can appeal the ruling to Florida’s Fourth District Court of Appeal, according to The South Florida Sun Sentinel.