Harvard Does Not Discriminate in Admissions, Appeals Court Rules 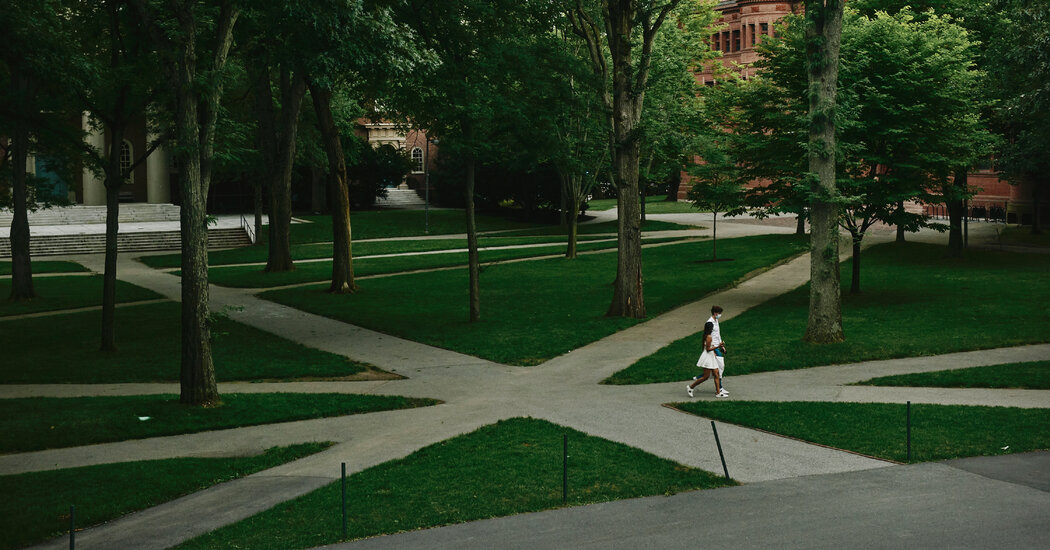 A federal appeals court ruled Thursday that Harvard’s admissions process does not violate civil rights law, supporting a lower-court ruling that rejected claims that the college was discriminating against Asian-Americans by holding them to a higher standard than other applicants.

Plaintiffs have vowed to take the case to the Supreme Court, where a strong 6-3 conservative majority is expected to be open to reconsidering 40 years of precedent that has allowed universities to engage in affirmative action.

“Our hope is not lost,” said Edward Blum, president of Students for Fair Admissions, a conservative legal action group representing a number of Asian-American students who brought the case after being rejected by Harvard. “This lawsuit is now on track to go up to the U.S. Supreme Court, where we will ask the justices to end these unfair and unconstitutional race-based admissions policies at Harvard and all colleges and universities.”

The case is among several attacking affirmative action that are expected to go forward in the courts even after the Trump administration, which has backed efforts to end race-based admissions policies, leaves office. They include litigation brought by Mr. Blum’s group against the University of North Carolina and the University of Texas.

In the Harvard case, the plaintiffs argued before a federal judge in 2018 that a statistical analysis of more than 160,000 student records showed that the admissions office rated high-achieving Asian-American applicants lower in personality traits such as likability and kindness. The ratings amounted to a penalty against the applicants, who scored higher than any other racial or ethnic group on measures like test scores, grades and extracurricular activities, the plaintiffs argued.

Harvard countered with an expert witness who said the plaintiffs’ statistical model was flawed, and argued that its admissions process considered many intangibles, such as the personal stories and special talents of applicants, and could not be reduced to a few variables.

Getting into Harvard is challenging for almost anyone. The university admitted only 4.6 percent of applicants in 2018, the year the lower-court trial took place. An examination of its inner workings in court exposed how the school gives advantages to many groups of applicants, including recruited athletes, legacies (the children of Harvard graduates), and the children of wealthy donors, prominent people and university employees.

Testimony also revealed that Harvard did value certain personal characteristics in applicants, such as “effervescence, charity, maturity and strength of character.”

But the district court ruled that Harvard’s admissions practices did not constitute intentional discrimination, a decision that was upheld Thursday by the U.S. Court of Appeals for the First Circuit in Massachusetts.

Although various statistical models showed that Asian-American students had a marginally lower chance of acceptance to Harvard than similarly qualified white students, the margin was negligible, the appeals court said. It also rejected the plaintiffs’ argument during the trial that Harvard’s admissions office had been affected by “implicit bias,” or unconscious racial stereotyping.

“There was ample non-statistical evidence suggesting that Harvard admissions officers did not engage in any racial stereotyping,” the court said in a 104-page decision.

Derek W. Black, a constitutional law professor at the University of South Carolina, said it was clear that the appeals court understood that the national ramifications of the case and the likelihood that it will end up before the Supreme Court.

“In an extremely methodical and careful decision,” he said, the court had “cut through all the rhetoric of those attacking Harvard’s affirmative action plan to find that there is no there there. Harvard, in short, has run its admissions by the book.”

In a statement, Harvard welcomed the ruling and said its admissions polices are consistent with Supreme Court precedent.

“The consideration of race, alongside many other factors, helps us achieve our goal of creating a student body that enriches the education of every student,” Lawrence S. Bacow, Harvard’s president, said. “Diversity also represents a pathway for excellence for both Harvard and the nation. We will continue to defend these principles and our admissions process all the way to the Supreme Court, if necessary.”