How a Minneapolis Suburb Turned Blue, Despite Trump’s Law-and-Order Pitch 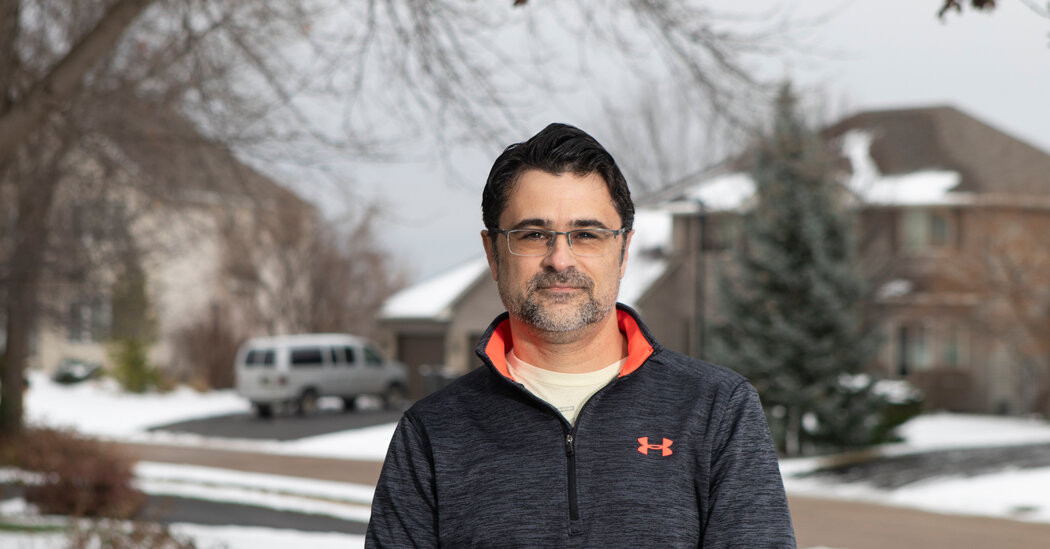 CHASKA, Minn. — As some protests over police brutality and systemic racism descended into vandalism and looting in Minneapolis over the summer, President Trump insisted that he was the candidate to restore “law and order” to the city. In the nearby suburb of Chaska, Minn., Mike Magusin bristled. In his view, he said, the president had fueled the unrest.

Four years ago, Mr. Magusin voted for the Green Party candidate, in part because he assumed the nation would be mostly fine even if Mr. Trump won. This year, he left nothing to chance.

Even though he was not excited about Joseph R. Biden Jr., Mr. Magusin cast his ballot for him, helping the president-elect become the first Democratic presidential candidate to win Chaska in nearly 25 years.

The shift was so drastic that it helped Mr. Biden easily win Minnesota, by more than 233,000 votes. His performance in Chaska, as well as in other outlying Twin Cities communities, mirrored his success in suburbs across the country, where voters turned out in such significant numbers that they helped fuel Mr. Biden’s rise to the presidency.

Indeed, Mr. Biden improved on Mrs. Clinton’s performance in suburban counties by an average of five percentage points, representing the places with the biggest shift in vote margins from 2016, according to a New York Times analysis. His gains were largest in traditionally Republican strongholds in battleground states, in the suburbs of Phoenix, Dallas, Jacksonville and Atlanta, to name a few.

As was the case nationally, Mr. Trump got more votes in Chaska this year than in his first presidential run. But he also drove thousands of opponents to the polls.

Some residents said they were repulsed by Mr. Trump’s attitude and his divisive rhetoric on race, leading them to vote for Mr. Biden or a third-party candidate.

Over the past couple of years, the city has grappled with racism after incidents at its high school, which included white students who dressed in Black face. Those episodes, residents said, liberalized some people’s views and fostered a greater understanding of racial justice issues that stands in contrast to Mr. Trump’s denial of systemic racism.

A shift in the city’s demographics, too, seems to have given Mr. Biden a boost. More nonwhite families and professionals who used to live in cities — groups that tend to lean more Democratic — have settled in Chaska — population 27,000 — for its affordability and high-performing schools.

And although the occasional acts of vandalism and looting in Minneapolis after the killing of George Floyd in police custody might have stoked some anxiety in Chaska, it did not seem to evoke serious concern, even among Mr. Trump’s supporters. In fact, the main takeaway, some residents said, was not that the country was descending into lawlessness, but that systemic racism was a major problem in America.

“That was a huge turning point for me, I think, in general of really understanding the Black Lives Matter movement and just embracing it,” said Amy Olsen-Schoo, a white Chaska resident who voted for Mr. Trump four years ago but for Mr. Biden this time.

Ms. Olsen-Schoo, 45, was raised in the Twin Cities suburbs as a moderate Republican — fiscally conservative but more liberal on social issues. Until this year, she had voted Republican her entire life.

When Mr. Trump campaigned four years ago, Ms. Olsen-Schoo was drawn to his lack of political experience and his pledge to “drain the swamp.” She said she brushed off his most offensive remarks. When he spoke harshly of immigrants, she took it to mean that he was championing immigration reform, which she agreed with, she said.

“I saw him as someone interesting, something different — it was appealing,” she said. “You look past some of those transgressions. I can’t believe I did that. I’m ashamed.”

Once Mr. Trump became president, Ms. Olsen-Schoo quickly saw his rhetoric as inciting hatred, she said. She was horrified by comments that she read from Republicans on social media, she said, such as suggestions that Muslims were going to destroy America.

Although 83 percent of Chaska’s population is white, its racial and ethnic diversity has slightly grown over the past decade. Latinos make up 8.4 percent, Asians 3.5 percent and Black residents 2.2 percent.

The divisiveness of the Trump era hit close to home, residents said, after a series of racist incidents at Chaska High School and after critics of a new equity program in the school district argued that it would lead to discrimination against white students.

From those racial tensions, residents formed a racial justice group in Chaska, a city of sprawling subdivisions with single-family homes, surrounded by walking trails and lakes.

Donta Hughes, 38, said that after Mr. Floyd’s killing, support grew for the group and for Black residents like himself. He began receiving supportive messages on Facebook, he said, and more white residents became willing to have difficult conversations about race. The Chaska police chief brought together community members, including Mr. Hughes, to discuss issues surrounding race.

Still, when a group of high school students organized a Black Lives Matter protest in Chaska, there was pushback. Some residents warned that it could spiral out of control like demonstrations elsewhere in the country. Some businesses boarded up their windows in the quaint downtown strip of shops and boutiques housed in low-slung brick buildings.

To ease the tensions, Mr. Hughes, who moved to Chaska eight years ago with his wife and four children for the schools, told residents he would patrol the community during the protest. The protest was peaceful, which helped people to see that Mr. Trump’s law-and-order concerns were overblown.

“I think the voices that we had here just spoke loud enough to combat that,” Mr. Hughes said.

In many ways, the hard left turn in Chaska — and the higher Democratic turnout in Carver County — stemmed from yearslong efforts by local Democrats to increase their visibility in a deeply Republican territory.

When Mary Leizinger became the chair of the Carver County Democrats four years ago, she saw an opportunity to gain support in the eastern part of the county, which is more developed and closer to the Twin Cities relative to the rural western part.

“Five or 10 years ago, we’d walk in the parades and it would be stone-cold faces,” Ms. Leizinger, 63, said. But last summer, they marched with signs denouncing the Trump administration’s child separation policy at the Mexican border “and got standing ovations,” she said.

The party also bought space on five billboards in the western part of the county and plastered them with messages attacking Mr. Trump and urging people to vote Democratic.

In some ways, Mr. Trump was his own worst enemy.

Coming from a family of Illinois farmers, Rachel Frances said she was drawn to Mr. Trump as a first-time voter in 2016 because of his pitch to working-class people. But once he took office, she quickly came to believe that he did not know what he was doing, she said.

“He knows nothing what it means to be the working class,” said Ms. Frances, 22, who moved to Chaska three months ago with her boyfriend and voted for a third-party candidate this election. “It very quickly wore off, his whole allure.”

Though it remains to be seen whether Chaska’s Democratic swing will continue beyond this election, some liberal residents say they have discovered alliances where they least expected them.

Ashley Tike and her husband, Guillaume, represent the demographic change that has made suburbs bluer. They met in Los Angeles, where Ms. Tike moved after attending college in North Dakota, where she was raised in a conservative Catholic household. Her political views became more liberal while living on the West Coast and for a year in France, where her husband is from.

They moved to Minnesota last year when she was pregnant so that they could be closer to her parents, and they chose Chaska because it was quieter and more affordable than a big city.

But for all of its advantages, Ms. Tike, a 26-year-old figure skating coach, felt politically out of place. Still, she thought that the stakes in this election were too high to stay silent, so she nervously planted a Biden sign in their front yard.

“I was just kind of like, ‘Well, I haven’t met any of the neighbors really anyway because of Covid, and so if they hate us, they hate us,’” she said. “I just felt like Trump needed to get out. Every time I saw him on the TV, my fists were clenching.”