In the Supreme Court Battle to Come, Here Are the Senators to Watch 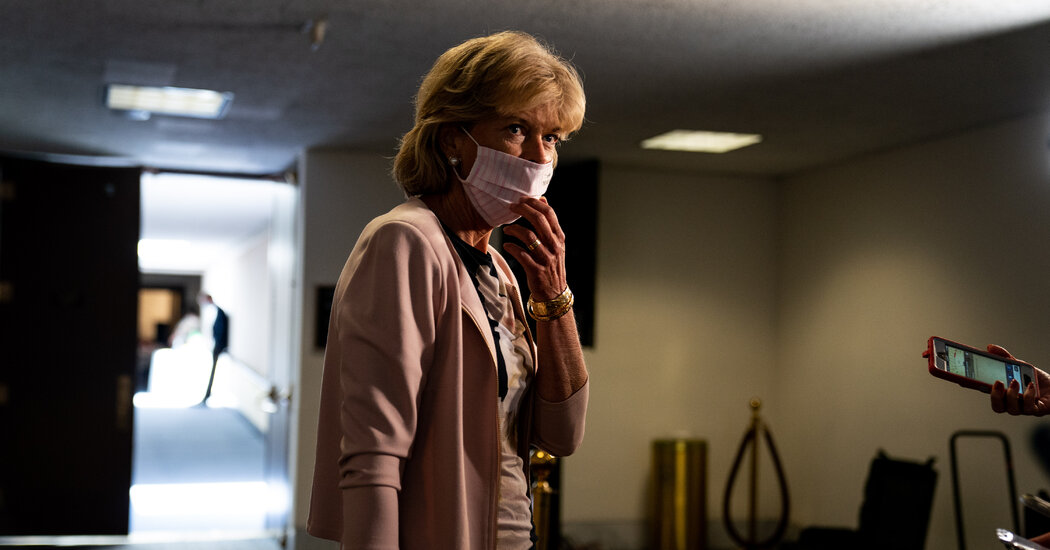 WASHINGTON — The death of Justice Ruth Bader Ginsburg has touched off a partisan brawl in the Senate to confirm President Trump’s nominee to replace her, a vote that Senator Mitch McConnell of Kentucky, the majority leader, has vowed to hold.

With Democrats all but certain to unite in opposition to Mr. Trump’s nominee — or at least the effort to consider one so close to the presidential election — Mr. McConnell can afford few defections on his side. Republicans hold a 53-to-47 majority in the Senate, meaning they can lose only three votes, with Vice President Mike Pence breaking a 50-50 tie, and still confirm Mr. Trump’s nominee.

Here are four Republicans being closely watched as possible defectors.

Ms. Collins, the lone New England Republican remaining in Congress and one of her party’s most politically endangered members, has been a pivotal swing vote in filling vacancies on the Supreme Court, and all eyes are on her in the battle to come.

She is one of two Republican senators who support abortion rights, and has said she would not vote to confirm a nominee who would strike down the landmark 1973 Roe v. Wade case establishing a constitutional right to abortion.

In a carefully worded statement on Saturday, Ms. Collins, who is trying to defend her reputation as a moderate in the toughest race of her political career, became the first Republican to explicitly say she would oppose a confirmation vote before the election. Any such vote, she said, should await the results of the November presidential election, and the appointment should ultimately be made by the person who won.

“In fairness to the American people, who will either be re-electing the president or selecting a new one, the decision on a lifetime appointment to the Supreme Court should be made by the president who is elected on Nov. 3,” Ms. Collins said.

She said Mr. Trump had the right to choose a nominee and that she had no objection to the Senate beginning to consider the person.

Opposing a drive by Mr. Trump to swiftly install a successor to Justice Ginsburg could be a powerful way for her to repair her reputation with moderate voters who turned against her after her vote in 2018 to confirm Brett M. Kavanaugh to the Supreme Court.

But it could also further energize Democratic activists bent on ousting her. Sara Gideon, her Democratic opponent, has already received millions of dollars raised based on Ms. Collins’s support for Justice Kavanaugh, and after Justice Ginsburg’s death, progressive groups were gearing up to pour more money into targeting voters there.

Senator Lisa Murkowski of Alaska was the lone Republican to oppose the confirmation of Justice Kavanaugh in 2018. Like Ms. Collins, she is one of the few remaining Republicans on Capitol Hill who supports abortion rights and has shown a willingness to break with her party in the past.

In a statement on Sunday, she joined Ms. Collins in saying that she would not support a confirmation vote before the Nov. 3 election. She made no mention of how she felt the Senate should handle such a vote in the weeks after the election, or whether she would support Mr. Trump naming a person to fill the vacancy.

“For weeks, I have stated that I would not support taking up a potential Supreme Court vacancy this close to the election,” Ms. Murkowski said in a statement. “Sadly, what was then a hypothetical is now our reality, but my position has not changed.”

Ms. Murkowski noted that she had also objected to filling the vacancy left by Justice Antonin Scalia’s death early in the final year of President Barack Obama’s second term. Now, less than two months before the November election, she said, “I believe the same standard must apply.”

Ms. Murkowski is not up for re-election until 2022, so she will not face the immediate electoral judgment of voters as other senators, including Ms. Collins, will.

Senator Mitt Romney, Republican of Utah, had not yet been elected to Congress when the fight to confirm Justice Kavanaugh became a partisan brawl in the Senate. But he, like Ms. Murkowski and Ms. Collins, has shown a willingness to break with the administration and the Republican Party.

Most notably, Mr. Romney became the first senator in American history to vote to remove a president of his own party from office during an impeachment trial — and the only Republican to vote to remove Mr. Trump.

Like other Republicans being watched closely for their position on Mr. Trump’s nominee and the timing of any vote, he made no mention of his position in a statement and instead focused on paying tribute to Justice Ginsburg. And on Friday night, as speculation raged that he had already decided he would not vote on a successor until after Inauguration Day in 2021, a spokeswoman called the reports “grossly false.”

Senator Charles E. Grassley of Iowa, who led the Judiciary Committee in 2016, has said that he would not conduct Supreme Court confirmation hearings in a presidential election year, particularly given the Republican blockade of Merrick B. Garland, Mr. Obama’s pick to replace Justice Scalia.

But Mr. Grassley no longer oversees the committee. He gave no hint of his intentions in a statement after news of Justice Ginsburg’s death, praising her “sharp legal mind, tenacity and resilience.”