Inside a socially distanced — and slowed down — White House 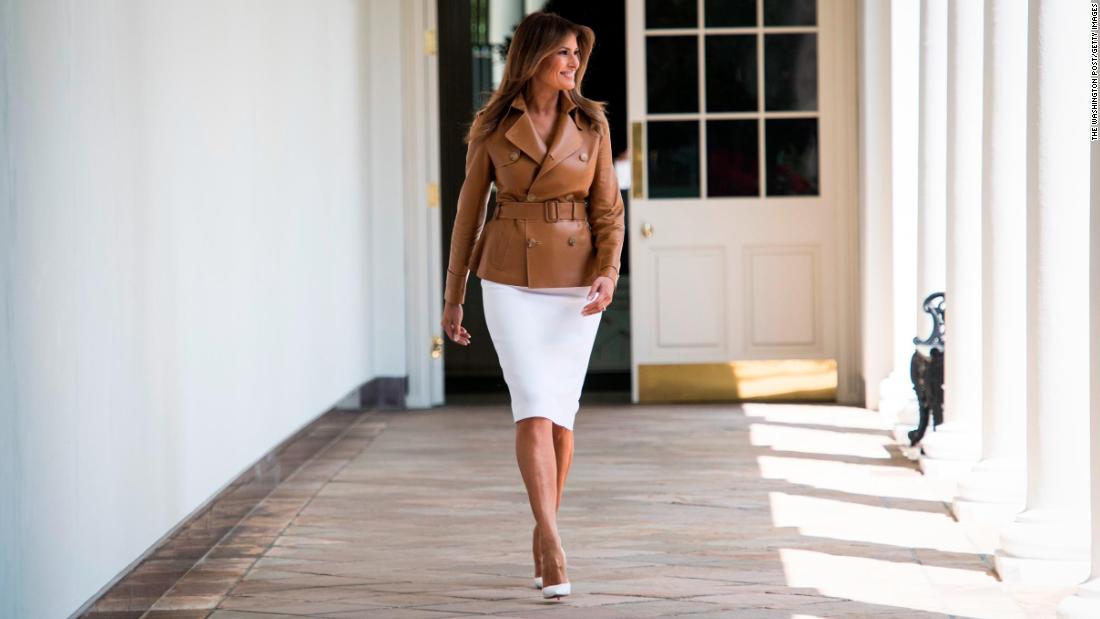 Trump’s youngest child turned 14 earlier this month, celebrating his birthday, not at a party with friends, but home, quietly, according to a source with knowledge, with just his family.

“The White House is the country’s most potent and enduring symbol of the presidency,” CNN contributor Kate Andersen Brower wrote in her book, “The Residence: Inside the Private World of the White House.”

“Its 132 rooms, 147 windows, 28 fireplaces, 8 staircases, and three elevators are spread across the six floors — plus two hidden mezzanine levels — all tucked within what appears to be a three-story building.”

All of that, now, is essentially shuttered.

A sign that social life has indeed come to a total halt? No florists man the floral shop, creating the dozens of arrangements that are placed throughout the White House, rotated with weekly frequency; no staff calligraphers are painstakingly writing up invitations and menus, tucked into their work cubbies on the second floor of the East Wing, just down the hall from the first lady’s office suite; no teams of cooks and pastry chefs to prep meals and tastings in the massive kitchen.

Even the White House social secretary, Rickie Niceta, has been directed to work from home.

The rest of the staff in the Executive Residence is all but gone. In normal times, the White House operates at a minimum of 90 full-time workers. But with the onset of coronavirus and the federal guidelines that followed, that number has dwindled by dozens.

“As with other times in recent history, such as government shutdowns, they’re likely operating with just a core group of essential people,” a former White House senior staff member said, adding that list would include an usher, a housekeeper or two, a chef, a butler, and possibly an engineer.

That’s dramatically fewer than the regular number of ushers and butlers, for example — approximately eight and six, respectively.

“The rest of the staff would be sent home, or on call, to come in or rotate when needed,” the former staff member said.

Those who do remain in the nearby orbit of the President, the first lady and their immediate family, are maintaining social distance, doing their jobs, but at least six feet away from the people they serve, cook for and clean up after, in the 55,000-square-foot mansion.

The remaining workers now make a daily first stop before entering the grounds so a white-coated member of the White House medical team can take their temperature.

The sprawling mansion is now incredibly empty, devoid of events, staff, the buzz and hum of daily visitor tours, and, for the first lady, two of her most involved parties of the year: the Easter Egg Roll and the state dinner for Spain.

“Remember, before the 1920s, the White House used to be open-open, with people able to walk the grounds, and the lawns, and feel very much as though it was shared space with the first family, even if it technically wasn’t,” he said.

The exception was 1917 when World War I shut it down (coincidentally, this was also just before the onset of the Spanish Flu), but it reopened again after the war ended.

The grounds were ultimately permanently closed to the public in 1923 by Calvin Coolidge. And though rare, Costello reminds that the White House often mirrors the nation.

“It’s not unprecedented to have this kind of cancellation, and abide by new guidelines even at the White House,” he said. “Things do reverberate from us as a country to the White House, and they have to respond, the complex has to adjust.”

The White House also underwent changes during the Great Depression, when Franklin D. Roosevelt and Eleanor Roosevelt were president and first lady, Costello said. Both Roosevelts were from wealthy backgrounds, and very much accustomed to the finer things in life (not unlike the Trumps).

But when the country suffered insurmountable financial turmoil, Eleanor Roosevelt insisted the White House at least offer the perception they, too, were scaling dramatically back.

She stopped the commonplace extravagant, multi-course meals of fine, imported gourmet items, turning instead to simple two-course lunches and dinners of generic American fare. She became cognizant of being wasteful and ostentatious.

“FDR hated it. He would try to sneak in meals here and there,” Costello said. (Ernest Hemingway was a guest at the White House in the mid-1930s, when Eleanor Roosevelt was still operating under reduced gourmet guidelines. He described the meal he had there in a letter to his mother-in-law as “rainwater soup followed by rubber squab.”)

“The President might not have liked what he was eating, or how he was eating it, but the first lady was very aware of the optics of the time, and she wanted to be in tune with the country and not have the White House be exempt,” the presidential historian said.

For now at least, the meals at the Trump White House have not changed; the President’s beloved Dover sole is likely still in heavy rotation.

“It’s been explained to me by staff that the White House is like a five-star hotel,” said Brower, who added it is the chief usher, Timothy Harleth, who works to make sure whatever the first family wants to eat is procured. “I think they would still need someone working in the storeroom department to go to local supermarkets and buy food and supplies.”

The first family pays for their own food.

Costello said though the White House is meant to be aspirational, it remains a part of our democracy that also is responsive to the times.

“Things must change at the White House when there are larger external forces acting on it,” said Costello. “It’s a lofty ideal, the people’s house, and we have to ground it in some reality.”