Israel Horovitz, Playwright Tarnished by Allegations of Abuse, Dies at 81 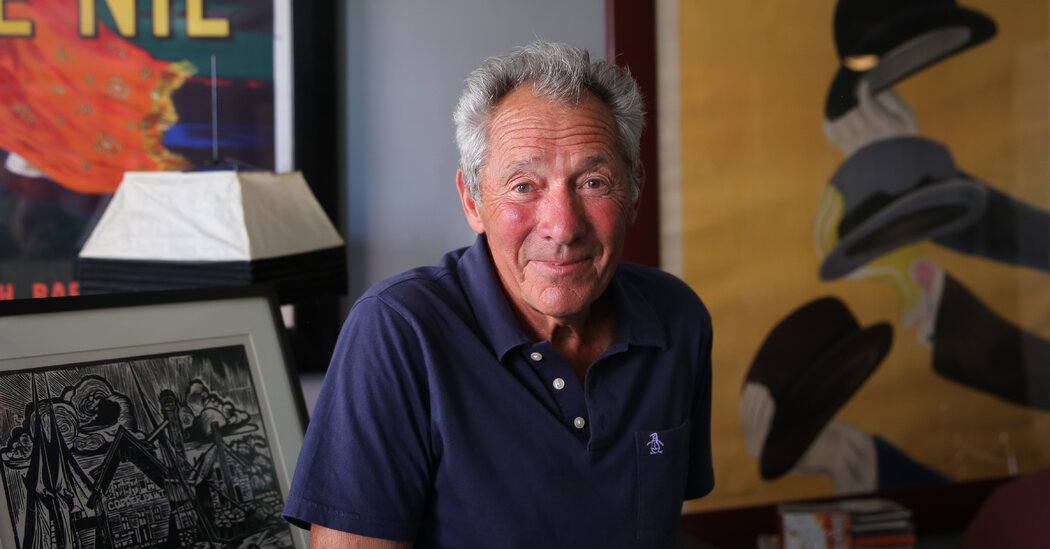 Israel Horovitz, an influential and oft-produced playwright whose career was tarnished by accusations by multiple women that he had sexually assaulted them, died on Monday at his home in Manhattan. He was 81.

His wife, Gillian Horovitz, said the cause was cancer.

Mr. Horovitz enjoyed his biggest successes Off Broadway and in regional and European theaters, including at the Gloucester Stage Company in Massachusetts, which he helped found in 1979. His plays gave opportunities to a number of young actors who went on to become household names.

“The Indian Wants the Bronx,” which enjoyed a long run at the Astor Place Theater in Manhattan in 1968 (on a double bill with his play “It’s Called the Sugar Plum”), had a cast that included Al Pacino, Marsha Mason and John Cazale. Two years later his “Line” was staged at the Theater De Lys in Greenwich Village with Mr. Cazale and Richard Dreyfuss in the cast; that play later moved to the 13th Street Repertory Theater. It was still running until recently, and, with an ever-changing cast, was said to be the longest-running play in Off Off Broadway history. (Mr. Horovitz lived in the Village.)

Mr. Horovitz made Broadway twice. In 1968 he wrote the “Morning” segment of “Morning, Noon and Night,” three one-acts; Terrence McNally and Leonard Melfi wrote the other two, and Mr. Horovitz’s cast included a young comedian named Robert Klein. In 1991, his “Park Your Car in Harvard Yard,” a two-hander that had been developed years earlier at Gloucester, went to Broadway with Judith Ivey and Jason Robards; it ran for 124 performances.

Mr. Horovitz occasionally tried Hollywood, perhaps most notably with the screenplay for the 1982 film “Author! Author!,” which starred Mr. Pacino as a playwright dealing with various stresses. In 2014 he adapted one of his plays into the film “My Old Lady,” which he also directed; it starred Kevin Kline, Maggie Smith and Kristin Scott Thomas.

Mr. Horovitz wrote scores of plays: In 2009, the Barefoot Theater Company in New York organized a celebration of his 70th birthday that involved performances and staged readings of 70 Horovitz plays by theater companies around the world.

But his accomplishments were tainted. News reports in the 1990s brought complaints about his behavior to light, and they received new scrutiny in a 2017 article in The New York Times that carried the headline “Nine Women Accuse Israel Horovitz, Playwright and Mentor, of Sexual Misconduct.”

In the article, the women — some were actresses in plays he had written and directed, others had worked for him — recounted instances of assault, including being groped or forcibly kissed by him. One said he had raped her; another said he had forced her hand down his pants. One woman was 16 at the time of the alleged assault.

Decades earlier, in 1993, the weekly newspaper The Boston Phoenix reported that women at Gloucester Stage Company had accused Mr. Horovitz of sexual misconduct, but nothing was done. After The Times article appeared — one of a number of such articles about prominent men that helped propel the #metoo movement — Gloucester Stage severed its ties with him.

Mr. Horovitz, responding to the accusations, told The Times that while he had “a different memory of some of these events, I apologize with all my heart to any woman who has ever felt compromised by my actions, and to my family and friends who have put their trust in me.”

“To hear that I have caused pain is profoundly upsetting,” he added, “as is the idea that I might have crossed a line with anyone who considered me a mentor.”

A complete obituary will be published shortly.