James Redford, filmmaker and son of Robert Redford, dies at 58 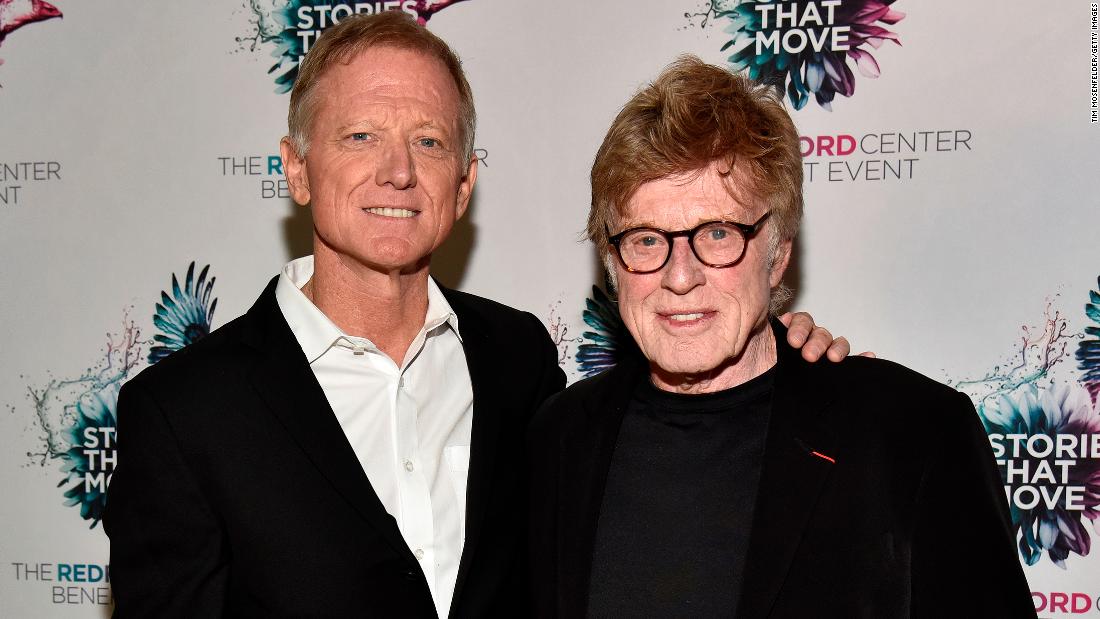 The younger Redford was 58.

“The grief is immeasurable with the loss of a child. Jamie was a loving son, husband and father,” a statement provided to CNN from Robert Redford’s publicist Cindi Berger read. “His legacy lives on through his children, art, filmmaking and devoted passion to conservation and the environment. Robert Redford is mourning with his family during this difficult time and asks for privacy.”

“Jamie died today. We’re heartbroken,” she wrote. “He lived a beautiful, impactful life & was loved by many.”

“He will be deeply missed. As his wife of 32 yrs, I’m most grateful for the two spectacular children we raised together,” the tweet went on to say. “I don’t know what we would’ve done w/o them over the past 2yrs.”

Kyle Redford told The Salt Lake Tribune her husband died of bile-duct cancer in his liver.

David James Redford, who was known as “Jamie,” was the third of four children born to Robert Redford and his former wife, historian Lola Van Wagenen.

James Redford graduated with a bachelor’s degree in creative writing and film from the University of Colorado-Boulder and a master’s degree in literature from Northwestern University.

He and his father co-founded The Redford Center in 2005 which according to its site “uses impact-driven film and media to accelerate environmental and climate justice, solutions and repair.”

The younger Redford served as the organization’s chairman where he called on his skills as a writer, director and producer for film and television.

“I come from a long line of storytellers, so the idea of being compelled to make sense of things is essential to who I am and how I see the world,” he said.

He wrote, directed and produced more than a dozen films, including the award-winning documentaries “Watershed,” “Toxic Hot Seat” and “Mann v. Ford.”

After undergoing two liver transplants, he launched the James Redford Institute for Transplant Awareness, a nonprofit seeking to educate the public about the need for organ and tissue donation.

Redford reveled in his outreach.

“I just love meeting people and hearing their stories,” he said. “Being in the documentary filmmaking world ensures your life is one long continuing education course. You’re constantly learning more — not only about topics but also about human nature. And then to be able to apply a love of sound and vision into how you shape that content — that’s the icing on the cake.”

Author Amy Tan posted a tribute to Redford on her verified Facebook page Monday, saying she was “devastated” by her friend’s death.

She said he had sent her a rough copy of his latest documentary “Where the Past Begins,” but had grown concerned when she hadn’t heard back from him when she emailed him.

Tan said she reached out to his wife, who told her Tan’s email was the last he had read as his health was rapidly declining just before he died.

“I was sorry I could not give Jamie my fond farewell. But I now think it was unnecessary,” Tan wrote. “I imagine Jamie felt as I do after turning in a manuscript. You hold your breath until you get the verdict. You suspect the worst. And when he received my enthusiastic response, I imagine he was happy and relieved, and could finally put aside uncertainty and let go of pain.”