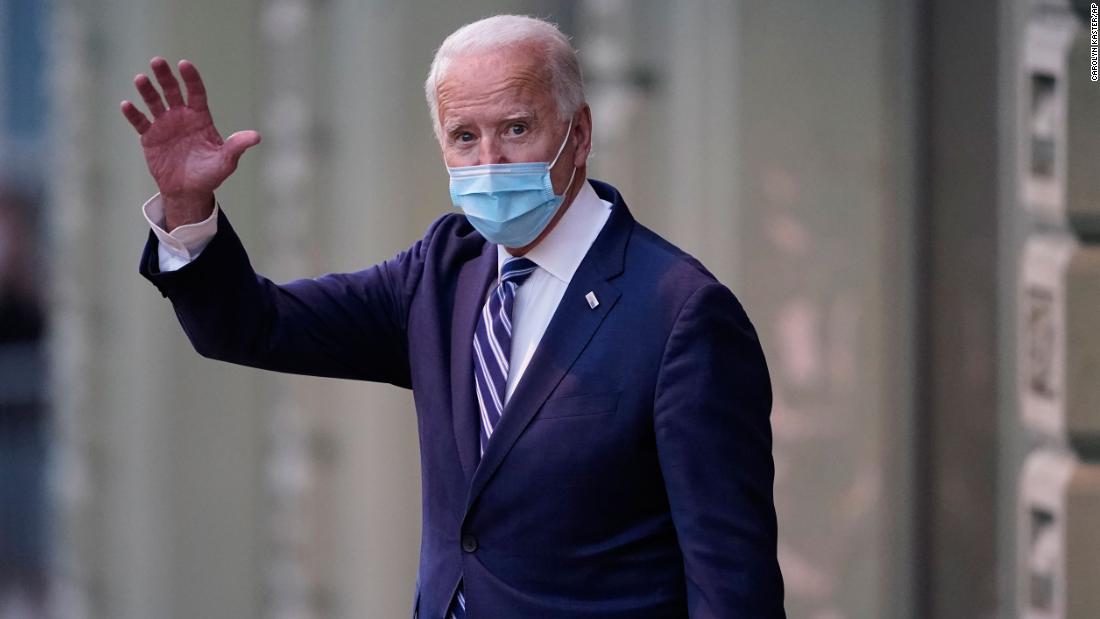 The case has been among a series of attempts by Republicans to delay President-elect Joe Biden’s win in key states and hand an Electoral College victory to President Donald Trump, by blocking or overriding popular vote results.

“It would be an unprecedented exercise of judicial activism for this Court to stop the certification process of the Wayne County Board of Canvassers,” wrote Chief Judge Timothy Kenny.

Attorney David Fink, representing Detroit, said at a hearing Wednesday that blocking the finalization of Michigan’s votes would either knock the state out of the Electoral College, kicking the selection of the president to the US House of Representatives, or would allow the Republican-held state legislature to try to seat its own slate of electors.

Earlier this month, Kenny also denied a request in a similar lawsuit to stop the certification of election results in Detroit, noting there was no evidence that oversight procedures had not been followed.

CNN has projected Biden as the winner of the state by almost 3% over Trump, with nearly a 150,000 vote lead.

The Trump campaign has a separate lawsuit open in federal court that makes a similar attempt to slow down the certification of the state’s vote for Biden. That case is in its earliest stage.

Kenny debunked several allegations of fraud made by poll watchers who attacked the election in Detroit, as part of a broader ruling rejecting their effort to undercut the certification of Biden’s win in the state. He called the accusations of widespread election fraud in Wayne County “incorrect and not credible.”

Kenny went point-by-point to discredit the concerns brought forth by the seven people who claimed widespread voter fraud at the TCF Center, the absentee counting board in Detroit, and largely called into question why all of the serious allegations raised in the affidavits were only brought forward after the unofficial results of a Biden win were announced. Kenny also pointed out that none of the people attended a training session at the TCF Center that was available for all challengers to learn more about the facility and process, and therefore lacked a basic understanding of how the process worked.

“Perhaps if [they] had attended the October 29, 2020, walk-through of the TCF Center ballot counting location, questions and concerns could have been answered in advance of Election Day. Regrettably, they did not, and therefore, Plaintiffs’ affiants did not have a full understanding of the TCF absent ballot tabulation process,” Kenny wrote. “No formal challenges were filed. However, sinister, fraudulent motives were ascribed to the process and the City of Detroit. Plaintiffs’ interpretation of events is incorrect and not credible.”

Kenny took on individual allegations affidavit by affidavit. A furloughed Detroit city worker temporarily assigned to the Detroit City Clerk’s office, Jessy Jacob, claimed that election workers and employees at satellite offices prior to Election Day were telling voters who to vote for, prompting Kenny to respond, “Ms. Jacob does not name the location of the satellite office, the September or October dates these acts of fraud took place, nor does she state the number of occasions she witnessed the alleged misconduct.”

The judge also noted that Jacob failed to raise these concerns at the time, only coming forward after the unofficial results showed that Biden had won.

Kenny explained why there was no reason to be concerned about Jacob’s claim that poll workers were directed to not compare signatures on the ballot envelopes she was processing at the TCF Center.

Citing evidence offered by longtime State Elections Director Christopher Thomas, who has worked for both Democrats and Republicans, Kenny wrote, “there was no need for comparison of signatures at the TCF Center because eligibility had been reviewed” previously. In response to Jacob’s allegation that she was advised to pre-date ballots, Kenny again cited the experienced state official, who explained that this action was done to complete a data field inadvertently left blank when the absentee ballot was initially verified.

Kenny also summarily dismissed one challenger’s claim that all the ballots they saw being delivered were votes for Biden, concluding “it is not surprising that many of the votes being observed by Mr. Sitto were votes cast for Mr. Biden in light of the fact that former Vice President Biden received approximately 220,000 more votes than President Trump.”

Another witness’s Facebook page was cited by the city of Detroit in their response filings, pointing to posts before Election Day where he expressed his views that Democrats were using the pandemic to cover up fraud. Judge Kenny cited the posts to cast doubt on his claims writing, “his predilection to believe fraud was occurring undermines his credibility as a witness.”

Addressing the various concerns raised by Zachery Larsen, a former assistant attorney general for the State of Michigan who also submitted a witness statement to the court, Kenny questioned why he hadn’t filed any formal complaint when serving as a poll challenger, given his background as a lawyer and familiarity with the process.

Larsen claimed that ballots were being processed without confirmation that the voter was eligible, that he was unable to observe the activities of election officials because he had to keep six feet away, and that he was excluded from the TCF Center after briefly leaving on November 4 to get something to eat.

Kenny noted that voter eligibility was determined before ballots got to the TCF Center, a large monitor was at each table so challengers could view poll workers without getting too close, and again discredited the notion that poll challengers were kicked out of TCF, a point made in various lawsuits including those filed on behalf Trump.

While Kenny acknowledged that there was a certain point on November 4 where poll challengers who had left the main room were not allowed back in, this affected both Democrat and Republican poll challengers and the decision was only made to avoid overcrowding of the number of poll challengers already inside.

Also on Friday, a Republican congressional candidate from Pennsylvania lost a case on appeal that he had brought just before Election Day over ballots in Pennsylvania that arrived late.

The issue of the legality of those ballots was already at the US Supreme Court — and still is there — but Jim Bognet and voters had added to the effort in their own federal case that challenged those ballots.

The 3rd US Circuit Court of Appeals decided the voters and Bognet, who lost his race in Pennsylvania’s 8th Congressional District, didn’t have the ability to sue and had gone to court too close to the election, rejecting their case. The appellate decision was in line with the lower court’s ruling in the case.

The ruling on Friday also appears to block voters from making broad, theoretical claims under the Equal Protection Clause of the Constitution about the possible dilution of their votes.

Lawyers representing Republicans in other weak suits since Election Day have tried to make similar constitutional arguments to block Biden’s win in several states, including Pennsylvania.

This story has been updated with more from the Judge Kenny’s ruling.