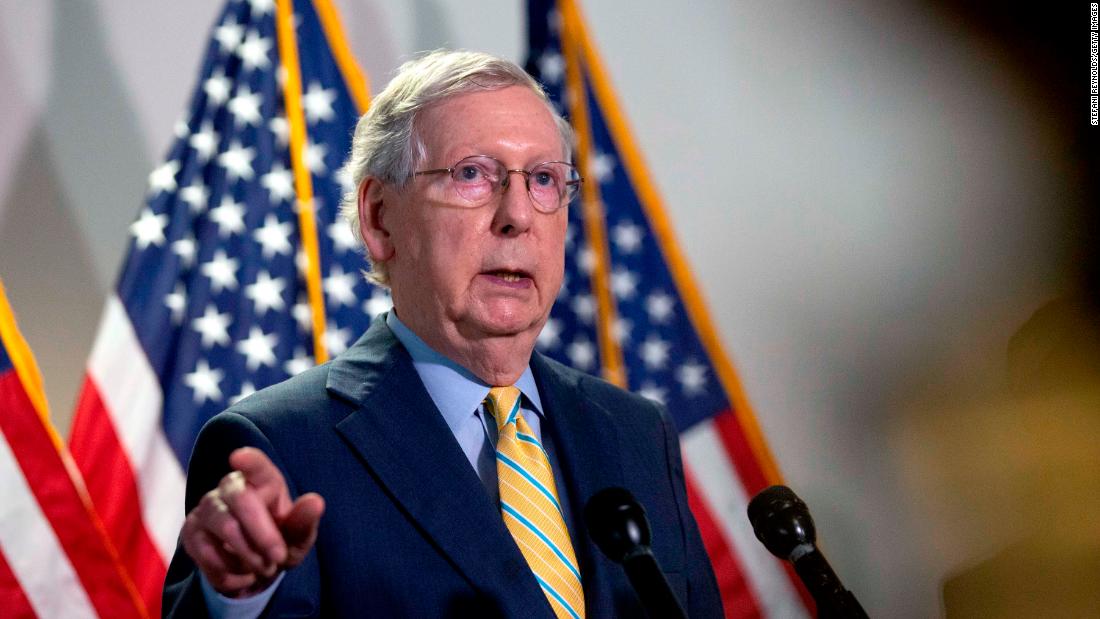 The federal government’s $600 weekly unemployment payment — a lifeline for more than 20 million Americans that was created as part of the massive aid package passed in March — is slated to end July 31. In response to these benefits ending, McConnell calmly stated on Friday, “Hopefully in the next two to three weeks we’ll be able to come together and pass something that we can send over to the House and down to the President for signature.”
“Hopefully,” McConnell and his GOP colleagues who control the Senate can come up with something in a few weeks?! When you’re a multi-millionaire like McConnell—in fact he’s one of the wealthiest members of the US Senate — waiting a few weeks with little to no income is no big deal. But back in the real world, a 2019 study by the Federal Reserve found that 40% of American adults couldn’t cover a $400 emergency with cash or savings. That’s hardly likely to have improved in a time of pandemic and mass unemployment.
Of course, when it came to confirming federal judges, McConnell had no problem rushing them through in the midst of the Covid-19 crisis. Indeed, between February through late June, McConnell ushered through the confirmation of 13 judges to the federal bench, bringing the total to 200 judges confirmed during the Trump presidency. But when it comes to helping Americans, McConnell “hopes” a bill can be cobbled together in the next few weeks!
In contrast, the House Democrats in mid-May — while McConnell was laser focused on confirming judges — drafted and approved a new relief bill to help Americans in need called the HEROES ACT. This measure calls for extending the $600 weekly unemployment benefits through January as well providing additional direct cash payments to Americans, funding for Covid-19 testing and much more. (McConnell slammed the bill as the Democrats unrealistic wish list.)
Our nation is in pain — and despite Trump’s numerous predictions, the Covid-19 crisis will not be “disappearing” any time soon. In fact, in the past week we saw an uptick in deaths from the virus with a loss of one thousand Americans per day for four straight days. Alarmingly, new models published by the US Centers for Disease Control and Prevention (CDC) predicts that by August 15, the US could reach 175,000 deaths from the virus, up from the current death toll of 146,460.
Common sense tells us that the worse the health crisis, the worse the economic crisis, with businesses having to re-close in an effort to contain the virus. That helps explains why on Thursday more than 1.4 million workers filed new claims for state unemployment benefits — the first time since March that the weekly claims have gone up. Worse, a new Census Bureau survey found that four million fewer people were employed last week than the prior week–the fourth straight weekly decline in Americans having jobs, which experts suggests means all the job gains since mid-May have been erased.
The lack of Senate action will likely mean the end of the weekly $600 federal unemployment benefits on July 31. In fact, CNN reported Sunday that top Trump administration officials stated that the GOP Senators would unveil a new relief bill on Monday that would provide another $1200 check to “many” Americans — but would not extend the weekly $600 federal unemployment benefits. There’s still a chance that they may offer a lesser amount, but the uncertainty alone is the very definition of heartless — especially during a recession with so many out of work. The $600 a week benefit might have allowed many workers to make more from unemployment than their regular paychecks, but food banks across the nation nonetheless were seeing 50% more people being served than last July and more than 26% of Americans recently reported being unable to pay rent last month or having no confidence they can pay rent next month. Take away this $600 weekly assistance and the number of families going hungry and at risk of losing their homes whenever any extension of the eviction moratorium inevitably ends will skyrocket.
While many of those receiving this federal unemployment will likely be eligible for state unemployment benefits, the average amount of these payments are $378 a week. States like Florida, which is hard hit by the virus, pay a maximum per week of $275 per week. It’s hard to see how anyone can afford to pay for rent, car payment, food, medical care and other expenses on that amount of money.
Yet McConnell is in no rush. And apparently neither is Trump, who played spent time on Saturday playing golf with former NFL star Brett Favre Saturday at Trump’s country club in New Jersey. Usually when Trump wants something to be addressed quickly, we all know it.

Maybe if McConnell just pretended the Americans who needed help were right-wingers nominated to be federal judges, he would move quicker. At this point, McConnell should take up the HEROES Act passed by the House in May and use that as the road map to craft legislation that will aid the millions of Americans desperate for help. The time for multi-millionaires in the Senate to play political games is over. Too many Americans back in the real world desperately need help, and they need it now.