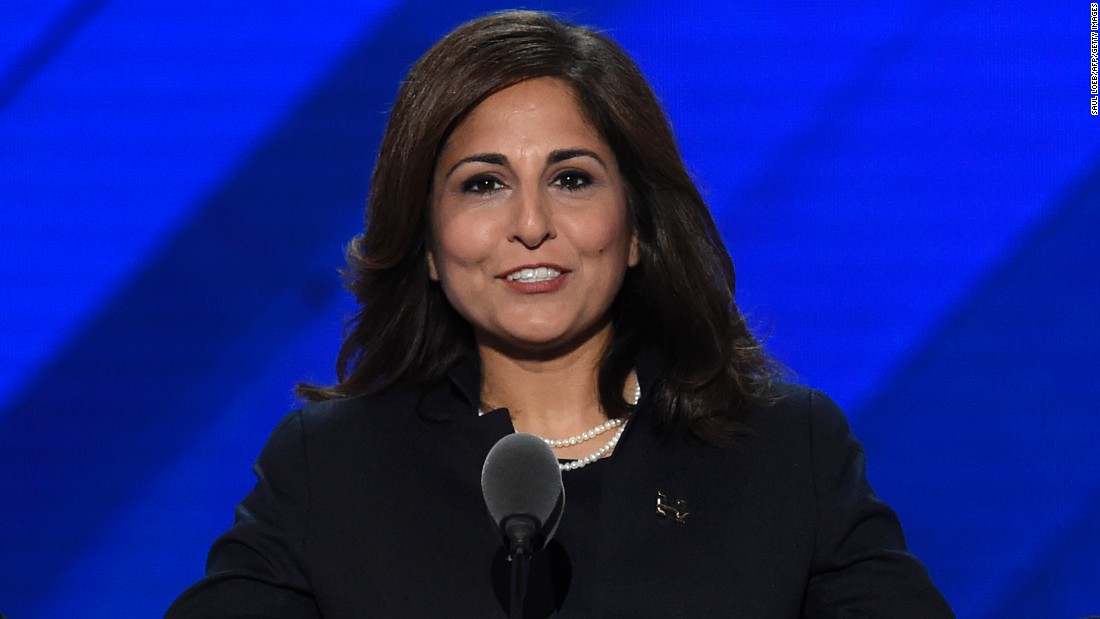 Neera Tanden — a former Clinton campaign aide, president of the left-leaning think tank Center for American Progress and a prolific Twitter user — repeatedly slammed Republican politicians on her personal Twitter account. While many of her tweets expressed sentiments common to partisan Democratic operatives, some Republicans have signaled that the tweets are a vulnerability for Tanden’s confirmation.

In the days after the election, Tanden quietly began to delete more than 1,000 tweets from her personal account, some of which were reviewed by CNN’s KFile.

In one deleted tweet from December 2017, Tanden said, “The Republican party is gleefully supporting an alleged child molester. And everyone who gives money to the RNC is doing the same,” referring to the GOP’s support of Senate candidate Roy Moore in the Alabama special election. Several women accused Moore of molesting and sexually assaulting them when they were teenagers while Moore was in his 30s, accusations he repeatedly denied.
In another deleted tweet from August 2018, she wrote, “Trump just called a black woman a dog and about 80% of the GOP don’t think he’s racist,” adding that the “whole party needs to be defeated.”
She also deleted harsh attacks at Republican senators who will likely become crucial votes for Tanden to secure her nomination, including Maine Sen. Susan Collins, and deleted tweets supporting Democratic opponents.

Tanden slammed Collins in the fall of 2018 during Supreme Court Justice Brett Kavanaugh’s confirmation hearings, during which Christine Blasey Ford testified that Kavanaugh sexually assaulted her when they were both in high school, which Kavanaugh denied.

In one deleted tweet, she wrote that “Susan Collins’ terrible treatment of Dr. Ford should haunt Collins the rest of her days.” Tanden also questioned whether Collins was ever undecided to confirm Kavanaugh. “Why do people take Susan Collins’ statements that she was undecided seriously? Like if you saw Brett Kavanaugh’s attack on other Senators as qualifying to be on the Supreme Court, this was never a real question for you,” she wrote in October 2018.
Tanden also called Collins and then-Arizona Sen. Jeff Flake “criminally ignorant” in a deleted December 2017 tweet after the House failed to include DACA and pre-existing condition protections in the Tax Cuts and Jobs Act of 2017, a key reason why the two senators agreed to support the legislation.
In another deleted tweet from 2019, Tanden wrote, “Can people on here please focus their ire on Senate Majority Leader Mitch McConnell and the GOP senators who are Up This Cycle who enable him: Cory Gardner, Collins, Ernst, Cornyn, Perdue, Tillis And many more.”
The Daily Beast first reported on some of Tanden’s deleted tweets attacking Republicans.

Tanden and the Biden transition did not respond to requests for comment. A spokesperson for the Center for American Progress declined to comment on the record.

Tanden’s intended nomination comes as some Republican senators signal that Tanden’s disparaging tweets spell trouble for her confirmation process. The strategy is a 180-degree turn from the days of generally ignoring President Donald Trump’s taunting and disparaging tweets attacking both Democrats and Republicans, and offers a glimpse of how Republicans plan to fight against Biden’s nominees.

Sen. John Cornyn of Texas was quoted on Monday saying that Tanden was perhaps Biden’s “worst nominee so far” because of her comments, though notably did not object to Tanden’s nomination because of policy differences.

“I think, in light of her combative and insulting comments about many members of the Senate, mainly on our side of the aisle, that it creates certainly a problematic path.”

“I fully expect to see some crocodile tears spilled on the other side of the aisle over President-elect Biden’s Cabinet nominees, but it will be very tough to take those crocodile tears seriously,” he said to reporters.

Republicans are also likely to focus on Tanden’s deleted tweets regarding the Mueller investigation. In one deleted tweet from November 2016, Tanden suggested that hackers changed the election tally in Florida after the FBI reported Russian hackers accessed voter information.
“Why would hackers hack in unless they could change results? What’s the point?” she wrote. Independent journalist Glenn Greenwald first reported some of Tanden’s comments on the 2016 election.
On Tuesday, Attorney General William Barr appointed a special counsel to investigate whether intelligence and law enforcement violated the law in investigating the 2016 Trump presidential campaign.
Praise for GOP senators who could vote for Tanden remains on her personal Twitter account. In the weeks following the 2020 election, she thanked Utah Sen. Mitt Romney for “putting the country and our democracy first” by speaking out against Trump’s false claims of election fraud. As Republicans sought to repeal and replace Obamacare in the summer of 2017, Tanden thanked Sens. Lisa Murkowski, Collins and the late John McCain for voting against the measure. In another tweet, she praised Murkowski, saying she “did the right thing before and she can do it again. #profilesincourage.”