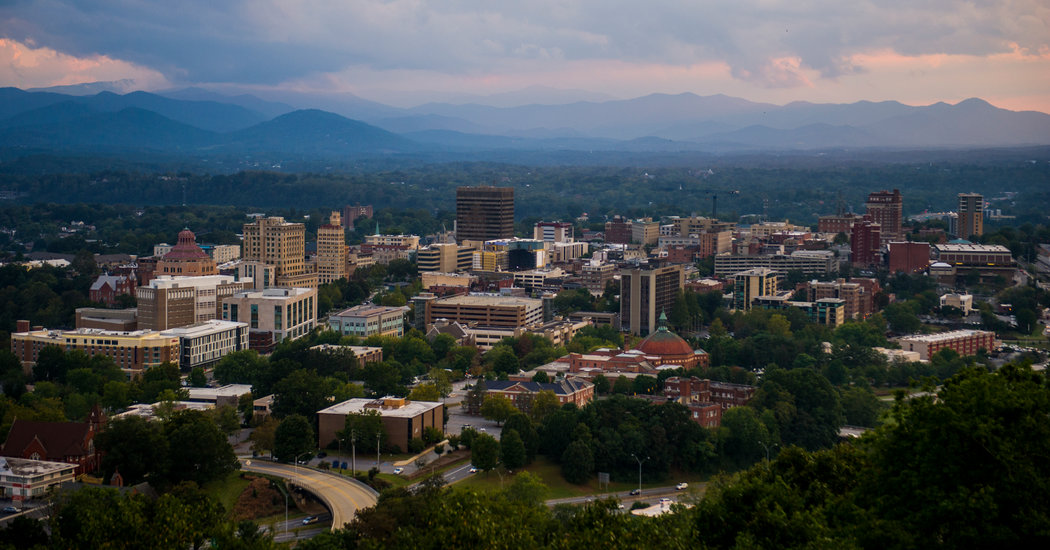 As Americans debate how far the country should go to make amends for slavery and other racial injustices, a conversation reawakened by the killing of George Floyd, a city in North Carolina has taken the first step: It approved reparations for Black residents.

The city, Asheville, N.C., will provide funding to programs geared toward increasing homeownership and business and career opportunities for Black residents as part of a reparations initiative.

The measure was unanimously approved by the Asheville City Council on Tuesday night, but it stopped short of stipulating direct payments, which are usually associated with reparations. City leaders said their goal was to help create generational wealth for Black people, who have been hurt by income, educational and health care disparities.

The city, which is in Western North Carolina and has about 93,000 residents, also apologized for its participation in and sanctioning of slavery, as well as other historical injustices perpetrated against Black people, who make up about 12 percent of the city’s population.

Councilman Keith Young, who is one of two Black members on the Council, was one of the measure’s chief proponents. He said during the group’s meeting that systemic change was long overdue.

“Hundreds of years of Black blood spilled that basically fills the cup that we drink from today,” Mr. Young said.

The momentum for reparations was not limited to Asheville.

In Providence, R.I., the mayor signed an executive order on Wednesday to commence a “truth telling and reparations process,” The Providence Journal reported. In California, a bill creating a task force to develop reparation proposals for African-Americans was passed in the Assembly in June and was being considered by the Senate.

But some said the reparations initiative by city leaders in Asheville did not go far enough. And others panned it outright.

William A. Darity Jr., a professor of public policy at Duke University in Durham, N.C., wrote in an email on Wednesday night that he was “deeply skeptical about local or piecemeal actions to address various forms of racial inequality being labeled ‘reparations.’”

For reparations to be effective, he wrote, they would have to close the pretax racial wealth disparity in the United States, which would cost about $10 to $12 trillion — three to four times more than total state and municipal spending.

“So piecemeal reparations taken singly or collectively at those levels of government cannot meet the debt for American racial injustice,” he wrote.

As part of the resolution passed by the Council, city leaders in Asheville called on the state of North Carolina and the federal government to provide funding for reparations.

Councilwoman Sheneika Smith, who is also Black, said during the Council’s meeting that she had heard from residents who challenged the reparations measure.

“A lot of the feedback that we’ve gotten so far by email is that you know, ‘Why should we pay for what happened during slavery?’” Ms. Smith said. “And my pushback against that is reparations is more than restitution for what happened during the trans-Atlantic slave trade. It is a dark evil sin of chattel slavery that is the root of all injustice and inequity that is at work in American life today.”

The developments in Asheville came after nationwide protests against police brutality and systemic racism, which were catalyzed by Mr. Floyd’s killing in late May. A Minneapolis police officer kept his knee on Mr. Floyd’s neck for more than eight minutes in an episode that was captured on video by bystanders. The officer and three other officers involved were fired and charged in Mr. Floyd’s murder.

Amid the demonstrations, Confederate statues have been toppled by protesters or taken down by local governments, and lawmakers on all levels have introduced police reforms.

There has also been a renewed push by some members of Congress to create a commission to study the impact of slavery and to make recommendations for reparations.

Several times in American history, people have been compensated for historical injustices, from Japanese-Americans who were interned during World War II to victims of police brutality in Chicago.

“It’s simply not enough to remove statutes,” Mr. Young said during the Council’s meeting. “Black people in this country are dealing with issues that are systemic in nature.”

Some said that the action by the Asheville City Council could set a precedent.

“I just hope that we will be, just maybe, a little spark that will really get this conversation not only going in Asheville but in North Carolina and across the country,” Councilwoman Gwen Wisler, who is also the city’s vice mayor, said before the group’s vote.