Obama: Trump’s lack of ‘patience’ and ‘focus’ hold back his foreign policy 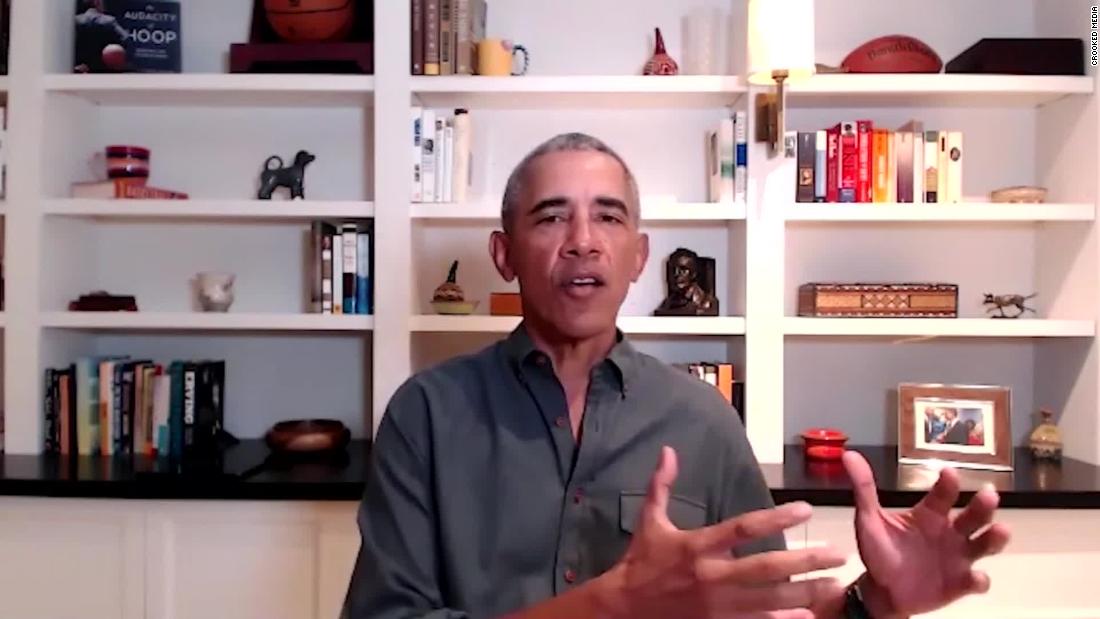 Obama used a lengthy podcast interview with two former aides, Jon Favreau and Tommy Vietor, to reflect on his own presidency, tout Biden’s candidacy and offer some advice to progressives in his own party. But the most pointed comments in Obama’s 45-minute “Pod Save America” interview out Wednesday were directed at Trump.

“It’s not as if Trump has been all that active internationally. I mean, the truth is he doesn’t have the patience and the focus to really substantially change a lot of US foreign policy,” Obama said, adding that the President has “systematically tried to decimate our entire foreign policy infrastructure.”

That, Obama argued, is something Biden would counter early in his presidency, should he be elected in November, saying his former vice president “has a respect and understanding for what American leadership can do.”

Obama, after speaking at the Democratic National Convention and headlining a number of fundraisers for the party, is expected to hit the campaign trail next week, according to Democratic Party officials, as he looks to support Biden in the final weeks of the election.

Obama also said that he has seen growth from Biden on foreign policy, noting that while the former Delaware senator voted in 2002 to authorize military force in Iraq, a vote that became a flashpoint during the 2008 presidential primary, Biden had “learned a lesson” from that.

“He was probably the person who was most restrained in terms of use of military force among my senior advisers during the course of my presidency,” Obama said. “He consistently believed that we should show restraint and humility and think through the use of military power and had huge confidence and faith in the use of diplomacy as a strategy for showing American leadership.”

Obama tempered his criticism of Trump for years, despite the President repeatedly attacking the popular Democratic president, even suggesting he should be indicted for conspiracy theories Trump has pushed throughout his tenure. That has changed of late, however, as Obama works to help oust the Republican leader.

Obama made light of Trump’s tweets suggesting he should be indicted, directing his scorn at Republican lawmakers who largely ignore those comments.

“They kind of dodge reporters when they’re asked about it,” he said. “The allegations are so absurd that even Republican-controlled committees looking into it have dismissed them.”

Obama went on to say that Trump’s focus on such conspiracies highlight the “whole misinformation… and the conservative media infrastructure.”

“That is a problem that is going to outlast Trump. Trump is a symptom of it and an accelerant to it. But he did not create it,” Obama said, arguing the fact that the fringe QAnon conspiracy theory is “seeping into the mainstream of the Republican Party” should show “there are no more guardrails within that media ecosystem.”

It was that media ecosystem, Obama said, that helped create Trump, noting that the former reality TV star had said some complimentary things about him during the first years of Trump’s presidency before he realized from Fox News and other outlets that conservatives were turning on it. That, Obama said, led Trump to push the birther conspiracy theory, the idea that the former President was not born in the United States.

Obama concluded the interview with some unsolicited advice for progressives in his party, saying that while he believes progressives should continue to push the party, they should also realize that incremental change is better than no change.

“There’s nothing wrong with making noise about it. And there’s nothing wrong with holding folks to account,” he said. “I think that the caution I always have for progressives is making sure that, as you push for the most you could get, that at a certain point you say: ‘All right. You know what? Let’s get this done and then let’s then move on to fight another day.’ “

Obama compared this to former President Franklin Delano Roosevelt’s push to pass Social Security, noting that the law was a “beachhead” but far from perfect.

“Should FDR not have passed Social Security” because it wasn’t perfect, Obama asked. “Of course not. He gets it done and then you fight that next battle.”

The former president then name-checked two of the most notable people in progressive politics, Sens. Bernie Sanders and Elizabeth Warren.

“Maybe this is where sometimes I differ with Bernie, and even Elizabeth, in part, in how we talk about this stuff publicly,” Obama said. “Most of the time when I’m going to get something progressive done while I was president, it wasn’t because I was getting donations from some special interest or corporation. … It was because I didn’t, I didn’t have votes.”