Opinion: Biden’s mistakes could cost him badly in debate with Trump 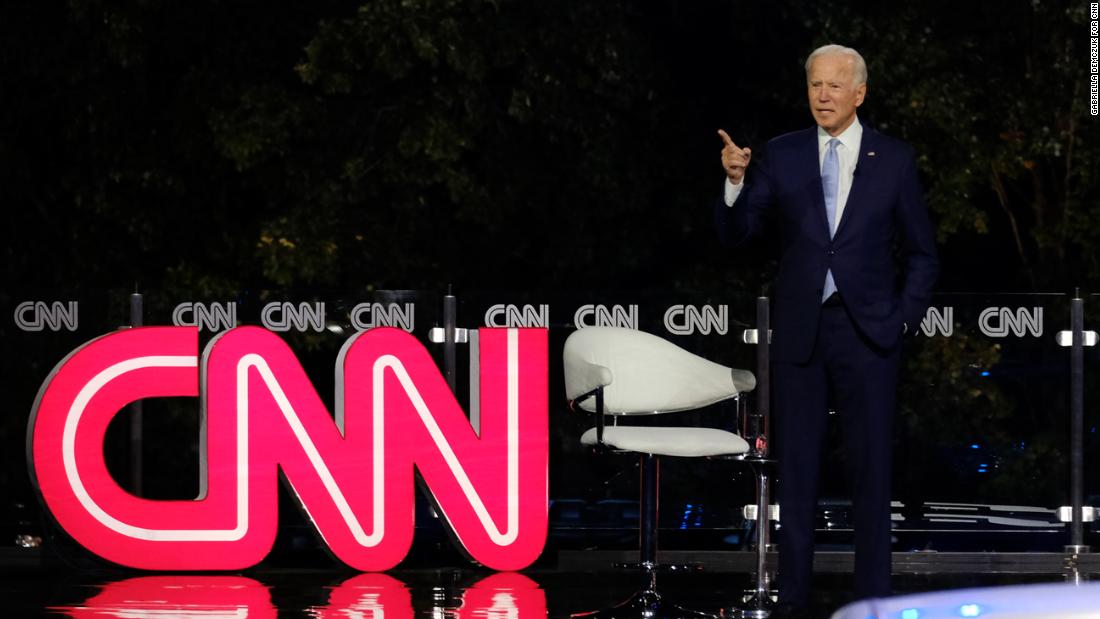 But there were holes in his performance. Biden may have been able to get away with them at the town hall, but if he makes similar mistakes in the three upcoming presidential debates, he won’t be so lucky.

So, with debate season just around the corner, what strengths and weaknesses did Biden display Thursday night?

Let’s start with the positives:

Candidates can’t fake authenticity; they have it or they don’t. Joe Biden has it in spades. As he did during the Democratic National Convention, Biden demonstrated he has tremendous empathy. Whether it was for the teacher with multiple sclerosis, the nurse who lost her husband, or the health care worker struggling to make ends meet amid the deadly pandemic, Biden showed genuine concern and true empathy.

That intangible quality will go a long way. Voters want to feel a connection with the person they are electing.

With mail-in voting already underway in some states, Biden was wise to address the massive election uncertainty across the country. He encouraged voters to plan ahead and become informed about where and when they will vote.

But there were also a few less-than-positive moments in the event. The coronavirus pandemic, which has taken the lives of nearly 200,000 Americans so far, took top priority and Biden wasted no time criticizing President Trump’s handling of the crisis. He referred to Trump’s response to the crisis as “close to criminal.”
But at the same time, Biden offered little consistency on whether he would implement a national mask mandate if elected president. On Wednesday, Biden said his legal team thinks he would have the constitutional authority to impose a national mask mandate.
Yet, on Thursday night, he acknowledged that he “cannot mandate people wearing masks.” Rather he would encourage every mayor and governor to impose a face-covering order.
Then, there’s the issue of energy independence and fracking. To put it simply, Biden has been all over the map. In the Democratic primary, Biden said he was opposed to fracking and fossil fuels, telling Dana Bash he would “make sure it’s eliminated.”
But fast forward to the Scranton town hall. Biden stated that he, at least in the short term, would not ban fracking. When Anderson Cooper said he was “trying to have it both ways,” Biden admitted he would phase it out over time, thus transitioning countless Pennsylvania fracking workers out of jobs, with no clear sense of how they could find new ones.
According to FiveThirtyEight, Pennsylvania is a key battleground state that will be crucial in deciding the presidential election. A note to the Biden campaign: Don’t offend frackers in Pennsylvania; don’t try to fool them either.
Some 900 miles west, and a world away, President Trump returned fire at Biden during a rally in Mosinee, Wisconsin. He said, as he often does, that if Biden wins, “the rioters, the anarchists, arsonists, and flag burners” win. And by the way, Wisconsin is another key battleground state in this election.

Thursday night’s dueling battleground state events were no coincidence. Consider it a test run for what’s to come in this monumental election.

Lobbing attacks at a drive-in town hall or at an airport hangar rally are one thing — the real test comes when both candidates take to the first debate stage on September 29th. No amount of on-stage social distancing can diminish the impact of that face-to-face contrast of candidates.