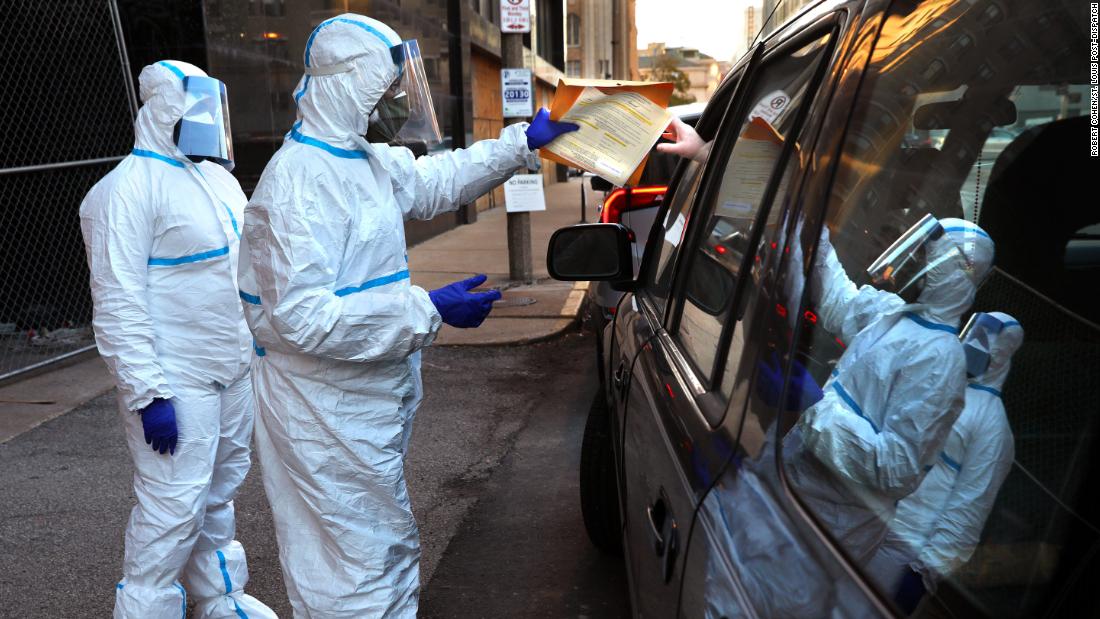 There are more than two outcomes following a Covid-19 diagnosis. In addition to dying from the virus or recovering completely, tens of thousands of us form another category completely: those with symptoms that stick around for several months (at least), potentially resulting in permanent physical and/or neurological damage, some type of chronic condition, or both. It’s too early to know for sure.

Each long-termer, including myself, has their own unique set of symptoms that appear in various combinations. For instance, mine include, but are not limited to: a constant accelerated heart rate, loss of depth perception, a variety of gastrointestinal issues (I’ll spare you the details), hair loss, brain fog, extreme fatigue that never goes away, an impressive assortment of skin rashes, nighttime hallucinations and joint pain.

Meanwhile, President Donald Trump’s own experience with Covid-19, by his account, appears to have gone more smoothly than humanly possible. Before leaving Walter Reed Medical Center after only 72 hours of treatment, he tweeted that he felt better than he did 20 years ago, then returned to the White House for his grand finale: triumphantly whipping off his face mask from the balcony, channeling both Eva Peron and P.T. Barnum.
In the same October 5 tweet, Trump also told his followers not to be afraid of Covid-19, or “let it dominate your life.” As someone whose life has been dominated by this virus for more than half of 2020, I found his message not only ignorant and inaccurate, but also harmful. At a point when basic public health measures, like wearing face masks, were already politicized (with Trump’s followers overwhelmingly against them), the last thing we needed was messaging from the President asserting falsely that the novel coronavirus, which has now claimed the lives of more than 234,000 people in the United States, was not a serious threat.
Still, in what turned out to be nothing more than wishful thinking, I held out (a tiny bit of) hope when it came to the election; specifically, that people would take the magnitude of the pandemic into account before casting their ballot for someone who has repeatedly demonstrated that he doesn’t have the capacity to understand it, let alone the capability to handle it. The alternative would have been acknowledging that, for a significant number of Americans, the lives of those with Covid-19 — a disproportionate number of whom are people of color — lack value in comparison with their own. Even for a pessimist, that’s pretty dark.
As I watched the election results trickle in Tuesday night and the counting continue through the week, it became evident that no matter who wins, public health has suffered a major loss. The close race indicates that a substantial number of voters opted to support someone whose dangerous messaging on Covid-19 will only make the pandemic worse — never mind making any progress in slowing its spread. And that’s in addition to the votes of confidence for someone who responded to demonstrations for racial justice with words and policies that further entrenched the systemic racism activists and communities of color have spent this year (and centuries before it) working to dismantle.
Of course, that’s not to say that everyone who voted for Trump lacks either the most basic understanding of public health, the willingness to cooperate with preventative measures, or both. But it does lead me to believe that ensuring that as many people as possible make it through the pandemic alive isn’t necessarily their priority. (That would be the economy, according to the results of a nationwide CNN exit poll.)

The same CNN exit poll data reinforces the partisan split over the coronavirus, indicating that while more than four in five people who voted for former Vice President Joe Biden said that efforts to contain the pandemic are going badly, only one in 10 Trump supporters felt the same way. Additionally, only half of Trump supporters said that they view wearing a face mask as a public health responsibility more than as a personal choice (compared to more than four in five Biden voters).

On the one hand, it’s reassuring to hear that half of Trump supporters do understand the reasoning behind wearing face masks during a pandemic. But on the other hand, just based on the over 68 million votes Trump had at the time of writing, that’s potentially more than 34 million people who don’t — a number high enough that it likely includes people who were impacted by Covid-19 themselves.

Those public officials charged with promoting and maintaining public health must not let the election or its aftermath deter them from the hard truth that those 34 million — and others who are suffering from understandable Covid-19 fatigue — are where they must place their focus in the weeks and months to come. A staggeringly difficult road lies ahead, and it’s imperative that we prioritize scientifically accurate messaging and emphasize the necessity for Americans to look out for each other.

Given the extent of public buy-in required for public health interventions — like masking and social distancing — to work, we need far more people to actively participate if we hope to slow the spread of the virus. Holding out on wearing a mask under the assumption that a safe and effective vaccine will soon be readily available is not a strategy; it’s reckless and puts lives at risk.

At the same time, this perspective does make sense in the context of traditional American cultural values. The whitewashed narrative of the country’s history so many of us are taught in school stresses the importance of our individual liberties and freedoms, but the lesson in rights and values too often seems to end there, leaving people to assume that they always and automatically override everything else.

But public health is different. It challenges that notion by asking people to temporarily limit some aspects of their personal autonomy in favor of the health of the wider population. For some, this is a major shift in mindset, and not one that happens overnight (or, evidently, in eight months).

That’s what makes reliable, accurate public health messaging, which Trump is clearly unwilling to embrace, a matter of life and death right now. With new cases rising in multiple regions, high rates of asymptomatic spread and all available indicators on the pandemic pointing in a grim direction as we head toward winter, disseminating a message about how to counter the spread — and getting Americans to heed it for themselves and for others — should be our country’s top priority.

No matter who is inaugurated in January 2021, the fact remains that there are still tens of millions of people who voted for a candidate who is himself a threat to public health. Whether or not you’ve personally dealt with the virus and its aftermath, that is terrifying. And that’s on top of the current forecast for a particularly bleak winter, with at least three more months of Trump presiding over the pandemic. With Covid-19 cases continuing to increase across the country and flu season already underway, this does not bode well for any of us.