Opinion: Offshore oil drilling in the Bahamas is a big mistake 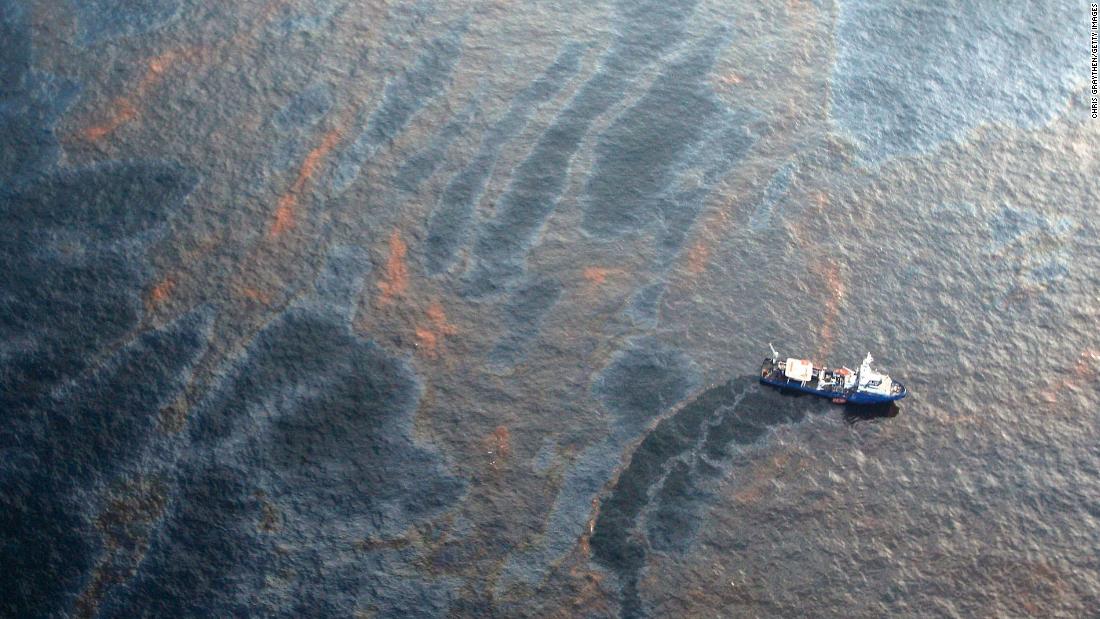 It sounds so absurd because it is. The government of a country whose name is practically synonymous for paradise is giving the green light to an oil company to drill in its blue, pristine waters.

The British-owned Bahamas Petroleum Company (BPC) began drilling an exploratory well this week, the Sun Sentinel reported. The fact that it is just an exploratory well should not bring any comfort. BP’s Deepwater Horizon’s drilling of an exploratory well in 2010 resulted in more than 200 million gallons of oil spilling into the Gulf of Mexico.
And like the BP Deepwater Horizon, as with any drilling operation, this is a disaster waiting to happen. But this plan to drill isn’t only worrying Bahamians. BPC’s five drilling licenses are not far from Florida’s coast, with one as close as 50 miles. A spill this close could devastate beaches along the US Atlantic as it is swept up the Gulf Stream. The drilling prompted 18 members of Congress, including the entire South Florida delegation, to send an urgent letter to Prime Minister Hubert Minnis asking to reconsider his government’s decision last week.
While Minnis has said he’s “totally against oil drilling,” our organization, Oceana, and other environmental groups are calling on him to take action to stop it. Minnis’ administration, he said, was “saddled” with the agreement and his legal team advised that, since the deal was signed, they “could not get out of it.” However, in an attempt to prevent an oil spill disaster before it happens, environmentalists have taken the case to The Bahamas Supreme Court looking to halt the drilling. The decision is expected to be announced on Saturday.
In September, President Donald Trump withdrew the waters from North Carolina to Florida from drilling activities for 10 years, which brought relief to Americans who live on the East Coast. Our organization and its partners had prepared for years, successfully building opposition to drilling, but now all that work could be for nothing because of this reckless move to allow drilling in Bahamian waters. As long as oil rigs are in the Atlantic, the threat of oil on our beaches remains.

Because of Oceana’s nearly decade-long efforts, many coastal US residents are well aware of the risks that come with offshore drilling. But many Bahamians may be blindsided by this development. To those Bahamians, let me explain what you can expect if this is allowed to happen:

We know that where we drill, we spill. There are thousands of oil spills in US waters every year. Oil spills can happen during each phase of the process, including exploration, production, transportation and use as a result of day-to-day operations from this polluting industry. The BP Deepwater Horizon disaster decimated the tourism and fishing industries along the Gulf Coast, and the economic effects are still being felt today.
Oil is toxic to ocean wildlife, and a spill in Bahamian waters could destroy its pristine coral reefs and fisheries. These natural resources are the foundation of the Bahamian economy. Half of the country’s GDP comes from its fishing, recreation and tourism industries, which generate around $7.7 billion annually, and support 122,000 jobs, according to a report from Sea Change Economics, commissioned by the Bahamas Reef Environment Educational Foundation (BREEF).
Tourism and oil — even the perception of oil — do not mix. Just ask neighboring Florida. After the BP disaster, hotels as far south as Tampa saw cancellations and depressed bookings, even in areas where no oil reached their shores.
Proponents of offshore drilling, like Bahamas Petroleum Company, tout jobs and economic benefits for Bahamians. But these are false promises. The Bahamas doesn’t have a drilling industry. And, even if they’re successful, in order to just break even with the level of revenue from the fishing and tourism sectors that drilling could destroy, The Bahamas would need to produce more than 403 million barrels of oil every year, according to BREEF’s analysis. The potential spills this could bring, along with the blight of infrastructure needed for operations of this scale, could fundamentally change the nature of these islands forever.
It is simply not worth the risk. And the risk is real: The drill ship for this mission in The Bahamas has a spotty safety record. While the company claims it will not hurt people or harm the environment, its record seriously calls these claims into question. In 2016, while in Canada, an incident involved equipment falling off the vessel and striking the seafloor. In the process, it nearly ruptured an underwater oil well. The company that owns the ship was also convicted and fined in 2015 for an incident that killed two workers in Australia.
The Bahamas is among the top dive destinations in the world. Much of this is due to the proactive efforts of The Bahamas to safeguard the natural beauty under the waves for current and future generations. Drawing public attention to the oceans, and the economic riches that they bring, was a cornerstone of the work of my grandfather, Jacques Cousteau. He spent many years of his life in The Bahamas. I’m sure he would be heartbroken to learn that a nation that has benefited so much from the ocean’s beauty would be willing to throw it all away for dirty and dangerous offshore oil drilling.

I know many Bahamians share the same love of the ocean that I learned from my grandfather. I hope Prime Minister Minnis shares that love as well. Many Bahamians, and many Americans along the Atlantic Coast, are waiting anxiously for him to do the right thing and stop this risky and destructive drilling.