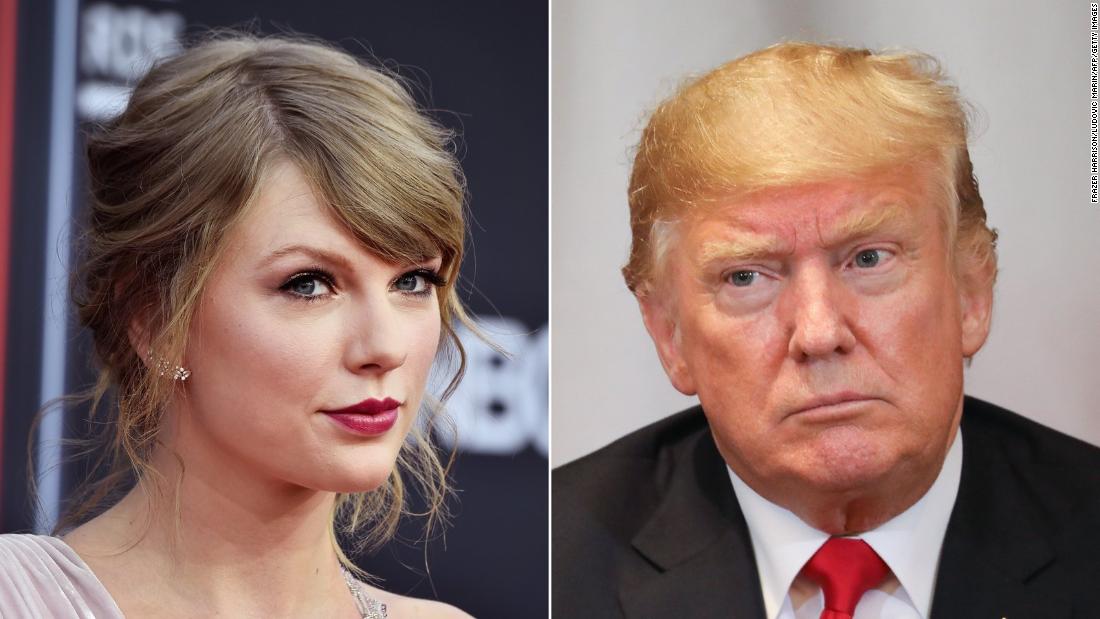 Swift joined many others on social media in condemning Trump’s apparent efforts to undermine the Post Office’s ability to deliver ballots by mail for the 2020 election. The singer first took aim at Trump’s failed handling of the Covid-19 crisis that has necessitated the need for many to want to avoid the risk of voting in person at crowded polling stations, writing, “Donald Trump’s ineffective leadership gravely worsened the crisis that we are in and he is now taking advantage of it to subvert and destroy our right to vote and vote safely.”

She’s 100% right! The very reason so many don’t feel safe to vote in person is because of Trump’s incompetent approach to the virus. If Trump had taken the coronavirus crisis seriously back in February, more Americans might feel better about waiting on line at polling stations by November. Indeed, a Fox News poll released Friday found that 54% of Americans don’t believe the Trump-led federal government responded “to the outbreak seriously enough” compared to 29% who believe it did.
Swift, who has nearly 87 million Twitter followers — 1.7 million more than Trump — was blunt about why she believes Trump is trying to undermine voting by mail. “Trump’s calculated dismantling of USPS proves one thing clearly: He is WELL AWARE that we do not want him as our president.” Swift added, “He’s chosen to blatantly cheat and put millions of Americans’ lives at risk in an effort to hold on to power.”
Trump is not being subtle. He’s forcing people to choose between their health and voting. This is as un-American as it gets. By calling this out, Swift — a 30-year-old, 10-time Grammy winner whose huge following includes many younger people — could play a role in defeating Trump.
We don’t even need to speculate why Trump wants to prevent mail-in ballots; he told us as far back as April with his tweet, it “doesn’t work out well for Republicans.” He claims that mail-in ballots are rife with “fraud” but as fact checkers have made clear, that is a lie. (Trump lies so often we should assume everything he says is a lie and let fact checkers tell us the few things he says that are true.)
Trump again said out loud last week in his safe space of an interview with Fox Business that he was opposed to granting the funds that Democrats (and others) want the Post Office to receive as without that funding, “you can’t have universal mail-in voting because they’re not equipped to have it.”
This is not the first time Swift, who didn’t speak publicly about partisan political issues before 2018, has called out Trump for his attacks on US democracy. In August 2019, she blasted Trump’s attempts to silence dissent, telling The Guardian, “I really think that he thinks this is an autocracy.”
And in May of this year, the singer slammed Trump’s call to shoot looters during the protests after George Floyd was killed, tweeting, “After stoking the fires of white supremacy and racism your entire presidency, you have the nerve to feign moral superiority before threatening violence? ‘When the looting starts the shooting starts’???” She added, “We will vote you out in November.”
On Saturday, Swift had more advice for those who shared her desire to defeat Trump this November: “Request a ballot early. Vote early.” She’s right again.