Opinion: The three words that can avert an election nightmare 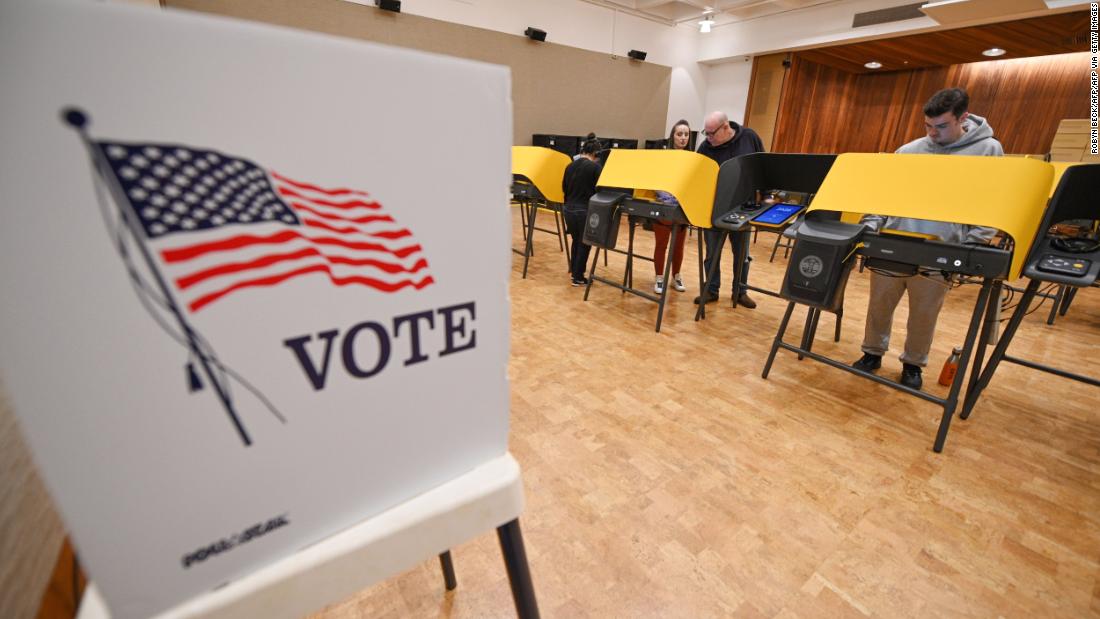 Like every aspect of this year’s election, the way people plan to vote has become politicized and polarized. Once President Donald Trump turned his Twitter account to inflaming opposition to mail-in voting, the way one votes became an expression of political identity.
Voters sorted themselves accordingly. In an August Monmouth University poll, 75% of Republicans said they will likely vote in person, no doubt as a sign of solidarity with the President. The inverse is true for Democrats: nearly 75% are “very” or “somewhat likely” to vote by mail, in part because Democrats and their allies led the charge to expand absentee voting during the pandemic.
We need to cut through that politicization to be clear-eyed about the biggest threat to the election and how to minimize it. That threat arises from the risk that the election outcome could turn on millions of absentee ballots that cannot be counted until after Election Night. Even if everything else about the absentee voting process goes smoothly — which is unlikely — a potentially decisive number of absentee ballots that cannot be counted until after Election Night could trigger an explosive situation. Indeed, most “election nightmare” scenarios are based on this single issue.
Yet the laws in Michigan, Wisconsin, and Pennsylvania currently make it inevitable that those states will face this situation: Those states preclude election officials from even beginning the time-consuming processing of absentee ballots until Election Day or later. (Like me, voices across the political spectrum, including Republican political consultant Karl Rove and the Wall Street Journal’s Editorial Board have called for those laws to be changed.) To make this concrete, consider these numbers: In 2016, nearly 14 million people voted in those three states. If 60% vote absentee, which is within the range of the latest estimates, that’s more than eight million ballots — in just these three key states — that election officials currently will not be able to start processing, much less count, until Election Day.
In Michigan and Pennsylvania, governors and legislators are currently fighting over even modest changes to these policies — in Michigan, whether to permit processing of these ballots one day before Election Day, and in Pennsylvania, several days in advance (Wisconsin election officials say they will be able to finish counting absentees by “the middle of election night,” even if they can’t start the process before Election Day).
Those changes would help, if they happen, but would still not eliminate the prospect of potentially decisive absentee ballots that will not be counted after Election Night. Many absentee ballots will not arrive until Election Day or days after; potential battleground arenas, such as Iowa, Minnesota, and Ohio permit absentees to be received six to 10 days after Election Day and still be valid. If the election is close, we can predict how such a situation will play out.

Because Republicans say they will disproportionately vote in person, Donald Trump could well lead the vote tallies on election night, when most voters are glued to their screens and in-person vote totals are released. If Democrats disproportionately take the absentee route, as anticipated, Joe Biden might begin to overtake Trump slowly, as those ballots get counted in the following days.

The mainstream media will preach patience, as they should. But they will be preaching only to the choir. Trump will likely try to proclaim that the vote is being stolen; cable and social media allies will quickly amplify that message; efforts to stop the counting of absentee ballots will erupt in election offices and courts; and the scenarios could only get worse from there. Whichever side of the country loses will struggle to accept the outcome as legitimate.
And all that assumes the absentee process goes perfectly. Yet that’s unlikely, and because Biden supporters may disproportionately vote absentee, they will bear the brunt of any problems that emerge with the absentee process. In recent primaries, for example, nearly 4% of absentees were rejected in Philadelphia; 8% in Kentucky; and 20% in parts of New York City. Those rejections result, in part, from voters having trouble complying with the unique procedural requirements absentee voting entails. Those voting absentee for the first time — which is expected to be most absentee voters this fall — are more likely to run into these problems. Studies also show that absentee ballots cast by voters who are younger or from racial and ethnic minority groups are rejected at higher rates than other absentee ballots.

Imagine if the outcome in Michigan is close, and 75% of Biden supporters vote absentee, yet 10% or more of those ballots are rejected. Or that tens of thousands of absentee ballots mailed back do not get delivered in time to be valid. Biden supporters will surely erupt in fury, viewing the election as illegitimate.

Even now, before more than a few votes have been cast, 79% of Democrats and 71% of Republicans believe it is very or somewhat likely the other side will “cheat” to win the election. Any problems in the process, however innocent, will be seen as sinister by voters already primed to believe the worst.

The higher the percentage of people who vote in person, the more the potential sting is taken out of every one of these potentially divisive scenarios. Voting in person is the single most effective action voters can take to reduce the risk of election turmoil. To be sure, we will still have unprecedented levels of absentee voting, but the difference between 35% and 60% of the vote being cast absentee could be the difference between an outcome broadly accepted as legitimate and one that portions of the country never accept.

Democrats and their allies might feel uncomfortable turning around and now urging voters to vote in person. They might fear sounding as if they are legitimating Trump’s views. They might feel awkward, having fought hard for the right to vote by mail. Those feelings need to be put aside so that leaders of all stripes drive a message encouraging voting in person.

Dr. Anthony Fauci and other public-health experts now assure us that, with the protocols that will be in place, in-person voting will be safe (the absentee option remains important for those who fear they face exceptional health risks). For the health of American democracy, the message needs to go out: the more people who vote in person, the better.