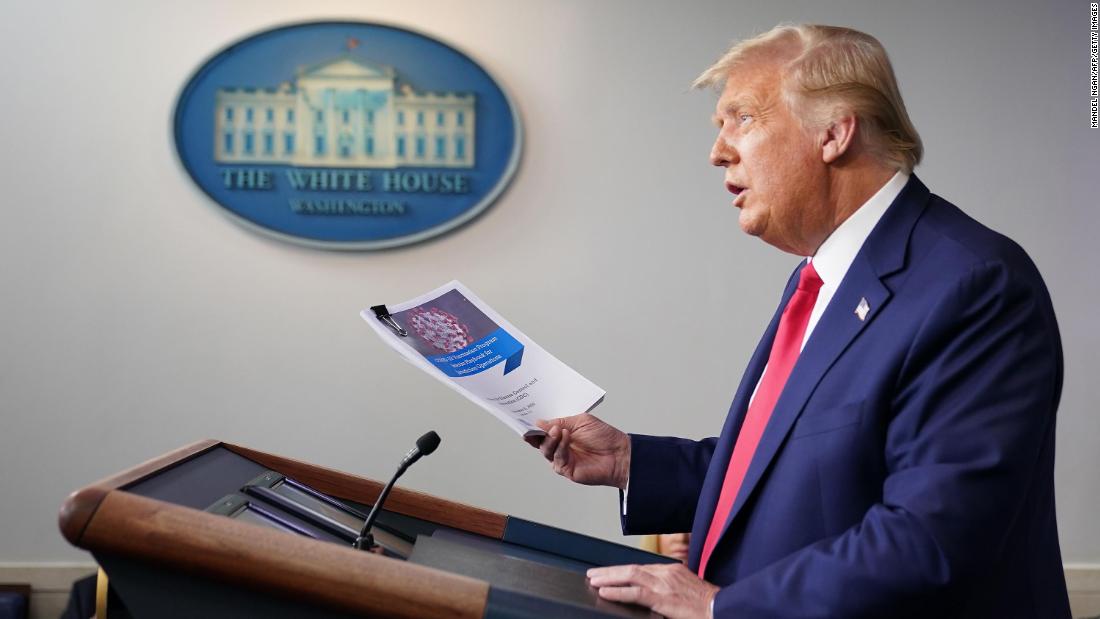 Olivia Troye, who was a homeland security adviser to Pence and his lead staffer on the White House’s Coronavirus Task Force, charged in the two-minute video that Trump failed to protect the American public because he only cared about himself and getting reelected. Troye’s criticism is particularly striking because of her role working on the coronavirus task force, which Pence leads.

“We knew that there were going to be increasing cases, we knew that people were going to die,” said Troye, who left the White House in late July. “But the President didn’t want to hear that, because his biggest concern was that we were in an election year, and how was this going to affect what he considered to be his record of success?”

A White House official said Troye “never once expressed any concern about the administration’s handling and routinely claimed she ‘just wanted to do right by the VP and POTUS.'”

“This is yet another example of someone who had proximity to power, yet didn’t use their voice to speak up at horrors they allegedly witnessed. The president would never say any such thing,” the official said.

At one coronavirus task force meeting, Troye claimed that Trump suggested “maybe this Covid thing is a good thing.”

“I don’t like shaking hands with people. I don’t have to shake hands with these disgusting people,” Troye claimed Trump said at the meeting.

Anthony Scaramucci, who was briefly White House communications director, and Josh Venable, who was chief of staff to Education Secretary Betsy DeVos, are also part of the group.

Taylor, the group’s co-founder and a CNN contributor, said that REPAIR is linked to Republican Voters Against Trump, but while that organization is focused on defeating Trump, REPAIR is not endorsing Biden and is looking to what comes after Trump leaves office.

“We will be the biggest group so far of former Trump administration officials who have come together to say we need to move past Donald Trump and move the party and the country beyond his presidency,” Taylor said.

Republicans criticizing Trump is nothing new, and there have been GOP voices attacking him since his 2016 campaign began. Republican-led groups like the Lincoln Project are now actively campaigning against the President in 2020.

But in recent months there have been a growing number of officials who worked in the Trump administration and subsequently criticized the President. Former national security adviser John Bolton’s book gave an unflattering portrait of Trump, and both former Defense Secretary James Mattis and former Director of National Intelligence Dan Coats offered brutal assessments of Trump in Bob Woodward’s new book “Rage.”

Several Republicans have gone even further and endorsed Biden, including Scaramucci, Neumann and Taylor.

Troye, who took a job at the National Insurance Crime Bureau when she left the Trump administration, endorsed Biden in the video released Thursday. She has worked at multiple federal agencies throughout her career on counterterrorism and intelligence issues, including for the vice president since 2018. She said that she decided to leave the administration because she felt her work wasn’t making a difference thanks to Trump.

“Does it matter,” she said, “because no matter how hard you work and what you do, the President is going to do something that is detrimental to keeping Americans safe, which is why you signed up for this role?”