Peter Sutcliffe, Murderer Known as the ‘Yorkshire Ripper,’ Dies at 74 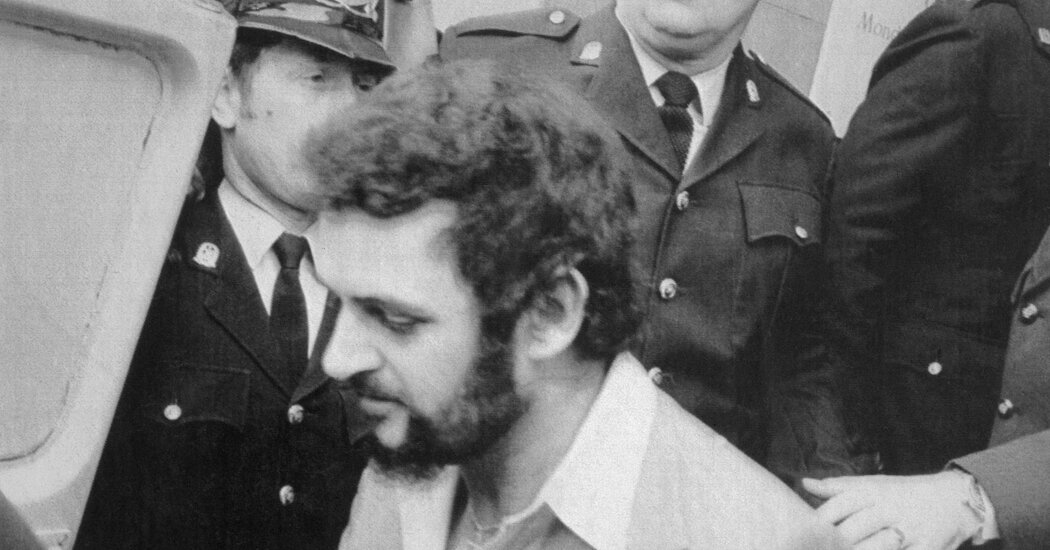 LONDON — Peter Sutcliffe, who was convicted of killing 13 women and attempting to murder seven others in a yearslong spree that led newspapers to call him the Yorkshire Ripper, died on Friday. He was 74.

Mr. Sutcliffe’s death was announced by Britain’s Prison Service, which said he had underlying health conditions and had tested positive for the coronavirus. A coroner will investigate the cause of death.

He was convicted in 1981 in the murders of 13 women over the course of five years in northern England and given a life sentence for each, the maximum permitted. The murders, which occurred between 1975 and 1980, gripped the public and the authorities, and the lengthy investigation was “a source of considerable embarrassment to the police,” The New York Times wrote at the time.

Mr. Sutcliffe was interviewed by the police several times during their investigations in the 1970s. His arrest came after he was found with fake license plates on his car; he confessed to the murders, many of which were carried out from behind with a hammer and knife. A jury of six men and six women convicted him.

“He ruined so many lives,” Richard McCann, the son of Mr. Sutcliffe’s first known victim, told Sky News. “He will go down as one of those figures from the 20th century in the same league I suppose as someone like Hitler.”

Mr. McCann’s mother, Wilma McCann, was killed on Oct. 30, 1975. Others would follow in a reign of terror as police focused on mistaken leads and a hoax recording they thought was from the killer.

A 1981 report into the police investigation’s failings was released under the Freedom of Information Act in 2006. Known as the Byford report, for the official who wrote it, it cited a “curious and unexplained lull” in Mr. Sutcliffe’s criminal activities between 1969 and 1975. The report concluded that it was “highly improbable that the crimes in respect of which Sutcliffe has been charged and convicted are the only ones attributable to him.”

One by one, the report listed the other women who were killed by Mr. Sutcliffe: Emily Jackson in January 1976; Irene Richardson in February 1977; Patricia Atkinson in April 1977; Jayne McDonald in June 1977; Jean Jordan in October 1977; Yvonne Pearson and Helen Rytka in January 1978; Vera Millward in May 1978; Josephine Whitaker in April 1979; Barbara Leach in September 1979; Marguerite Walls in August 1980; and, in November 1980, Jacqueline Hill, a college student who would have turned 21 on the day he was sentenced. Some of the women, who ranged in age from their teens to 40s, were sex workers.

Peter William Sutcliffe, who also used the surname Coonan, was born on June 2, 1946, in West Yorkshire, according to the Byford report. He left school at 15 and worked a series of odd jobs.

He served much of his sentence at a psychiatric hospital and was moved to Frankland prison, in northeast England, in 2016, The Associated Press reported.

“It is difficult to find words that are adequate in my judgment to describe the brutality and gravity of these offenses,” the judge, Leslie Boreham, said on the day of his sentencing. “I express the hope that, when I have said life imprisonment, it will mean precisely that.”