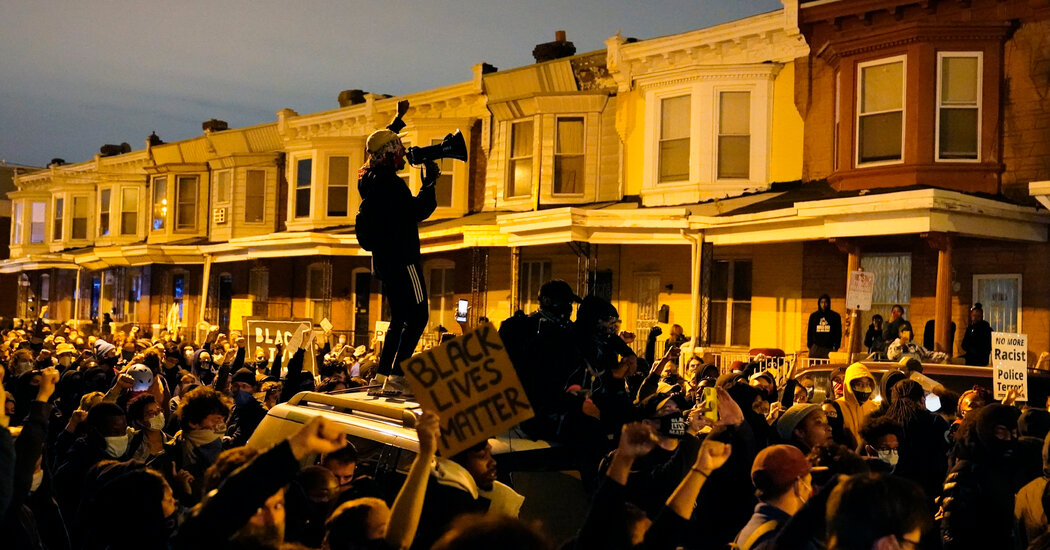 PHILADELPHIA — Protesters looted stores and scuffled with police late Tuesday in a second night of street protests over the fatal police shooting of Walter Wallace Jr., a 27-year-old Black man, during a confrontation more than 24 hours earlier.

Local television and news websites showed looters entering stores in the Port Richmond neighborhood, northeast of the city center, while officers struggled with protesters in the heart of West Philadelphia, where Mr. Wallace was killed on Monday afternoon after approaching police officers with a knife.

The victim’s father, Walter Wallace Sr., urged looters to stop. “It will leave a bad scar on my son, with all this looting and chaos,” Mr. Wallace said in an interview on CNN. “This is where we live, and it’s the only community resource we have, and if we take all the resource and burn it down, we don’t have anything.”

Danielle Outlaw, the police commissioner, told reporters on Tuesday afternoon that she would release information about the shooting within the next few days but that she did not know whether it would include body camera footage from the officers who shot Mr. Wallace.

“It’s common for officers to respond to domestic disturbance or any type of call with a gun because it’s one of the tools we carry on our tool belt,” said Commissioner Outlaw, who added that the officers were not carrying stun guns.

The protests in Philadelphia are the latest in a series of nationwide demonstrations demanding justice after the police killings of George Floyd in Minneapolis, Breonna Taylor in Louisville, Ky., and Rayshard Brooks in Atlanta, among others.

In addition to signs and chants, some of the rallies from New York to Portland, Ore., have included looting, arson and destruction of police vehicles. Officers have aggressively targeted protesters at times, firing tear gas and striking them with batons.

In a joint statement on Tuesday, former Vice President Joseph R. Biden Jr., the Democratic presidential nominee, and his running mate, Senator Kamala Harris of California, sought to validate protesters’ anger over the death of Mr. Wallace while discouraging violence and attacks on the police.

“We cannot accept that in this country a mental health crisis ends in death,” Mr. Biden and Ms. Harris said. But, they added: “Looting is not a protest, it is a crime. It draws attention away from the real tragedy of a life cut short.”

Thirty officers were injured on Monday as protesters threw bricks and rocks at them, a police spokesman said, adding that one officer had a broken leg after being struck by a pickup truck. The Pennsylvania National Guard was expected to send hundreds of people to Philadelphia within the next few days, according to The Philadelphia Inquirer.

Demonstrators gathered in response to the death of Mr. Wallace. In a video posted on social media, shouts of “Back up!” and “Put the knife down!” can be heard he walks toward two officers before collapsing in a flurry of gunshots. A woman wails as more officers arrive.

“Bro, they just killed him in front of me,” a man can be heard saying in the video. “Y’all ain’t have to give him that many shots.”

Mayor Jim Kenney said in a statement on Monday night that he had spoken with Mr. Wallace’s family and that a full investigation of the shooting would be conducted.

“I have watched the video of this tragic incident,” he said, “and it presents difficult questions that must be answered.”