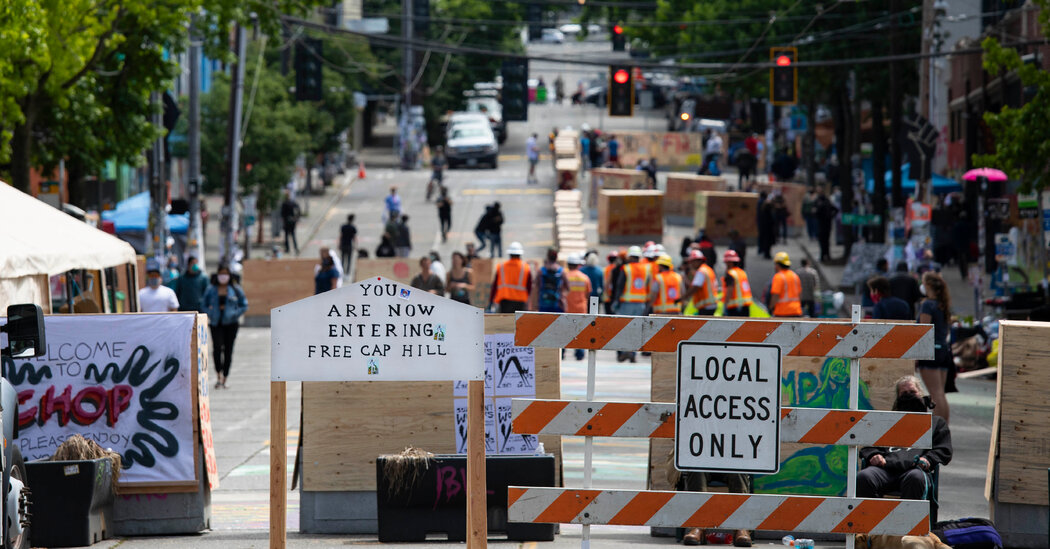 The police have identified a suspect and charged him with first-degree murder in the fatal shooting of a man in June that took place during protests in Seattle seeking racial justice, the authorities said on Wednesday.

The authorities said they were able to identify the gunman as Marcel Levon Long, 18, after collecting “extremely high quality” surveillance video footage and statements from several eye witnesses. Mr. Long, whose last-known address was in Renton, Wash., about 20 minutes south of Seattle, remained at large as of Wednesday evening.

The killing was among several shootings in and around a six-block area that protesters controlled for several weeks. The area was alternately called the Capitol Hill Organized Protest (CHOP), or the Capitol Hill Autonomous Zone (CHAZ). It was cleared out by the police on July 1.

The victim, Horace Lorenzo Anderson, 19, was shot around 2:20 a.m. on June 20, according to the Seattle Police Department. By the time officers arrived at the scene, they “were confronted by an aggressive and volatile crowd” and heard people say the victim “was taken to the hospital,” according to a police report.

Just before 2:45 a.m., security officials at Harborview Medical Center reported that “a gunshot wound victim had just been ‘dropped off,’” according to the report. Mr. Anderson died there minutes later, the report said.

The police said “anonymous sources” identified the gunman and provided a phone number for him. Other witnesses gave a description of events that led to the shooting.

One person who spoke with the police shortly after the shooting said the two men might have been in a fight a year earlier, and were still feuding, the report said.

A witness who said he was the second in command at the CHOP volunteer security force told the police that he had collected shell casings and bullet fragments from the scene, the report said.

Another witness, identified only as PR, told the police that he had witnessed the fatal shooting and tried to prevent it by firing “seven or eight rounds” from his own Glock 10-millimeter handgun into the air to distract the shooter, the report said.

“PR said the shooter looked at him then looked back” at Mr. Anderson “and shot him twice,” the report said. As PR recounted these events to the police, he “completely broke down and sobbed,” the report said, and he later identified Mr. Long from a series of photographs provided to him by the police.

Video footage provided by the owner of a nearby business appears to show Mr. Long and Mr. Anderson talking before Mr. Long pulled out a gun from his right pocked and pointed it at Mr. Anderson, the police said. Mr. Anderson quickly turned and walked away, they said.

Several people tried to physically restrain Mr. Long, who “broke free” from them and chased Mr. Anderson, the report said.

PR, the witness, said Mr. Anderson tripped or fell and was on the ground when he was shot. According to the video, the police said, “it appeared Long fired his gun twice while pointing the gun in a downward angle.” Mr. Long then ran to a nearby vehicle, and got in from the passenger side, the report said.