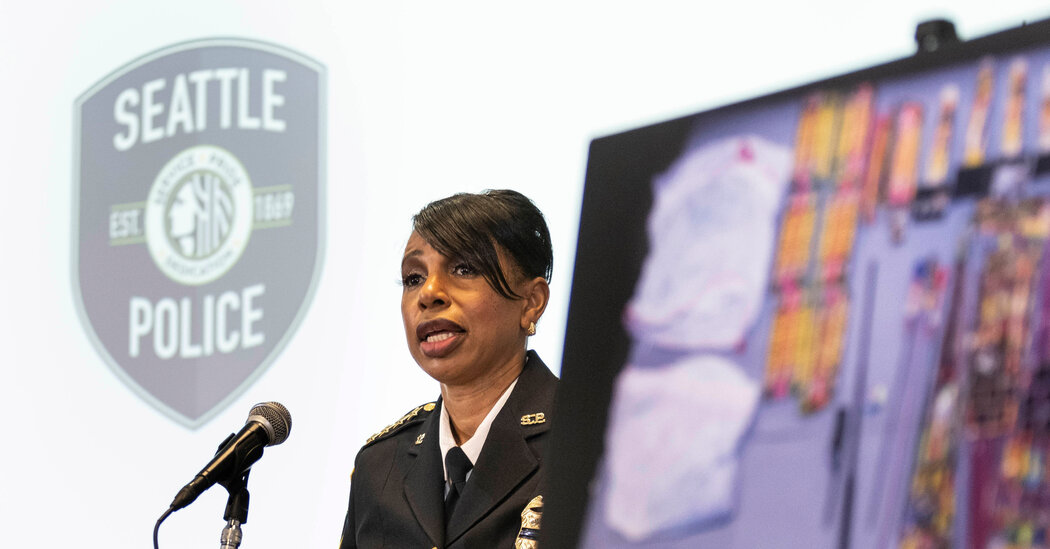 SEATTLE — As City Council members in Seattle pursue an ambitious plan to cut dozens of police officers and create a new department dedicated to public safety, Police Chief Carmen Best said on Monday night that she planned to resign.

Chief Best, the first Black woman to hold the top policing job in the city, said in a message to the Police Department that she would retire next month and was “confident the department will make it through these difficult times.”

She did not elaborate on the reasons for her planned departure, but Mayor Jenny Durkan, an ally of the police chief, said Chief Best was making the move in hopes of changing the department’s fractious relationship with the City Council.

Amid the national movement to change policing in the wake of George Floyd’s death in Minneapolis, protesters in Seattle have called repeatedly for the city to cut the police budget by 50 percent. On Monday, council members moved in that direction with a budget plan to eliminate about 100 officers from the force. The plan included discussions of deeper cuts that could approach the 50 percent threshold next year, one of the most ambitious plans for police restructuring in the country.

“We always have to think beyond what is normally considered realistic and possible,” Lisa Herbold, chairwoman of the council’s public safety and human services committee, said at a hearing on Monday.

Chief Best and Ms. Durkan had proposed smaller cuts of nearly 20 percent from the police budget, and vehemently opposed the council’s plans for deeper cuts.

While some cities have voiced broad support for structural reforms to policing, the path to achieving it has been challenging. In Minneapolis, a majority of the City Council called to disband the Police Department to build a new public safety organization, but that effort has stalled because of a ballot initiative that has been delayed until most likely next year.

But in Seattle, the council appears to have a veto-proof majority in support of a 50 percent reduction in the police budget. Kshama Sawant, a council member, expressed outrage that colleagues were not moving faster to carry it out.

Some residents at the public hearing on Monday also expressed disappointment that the council was not moving fast enough. But the sentiment was not unanimous; some members of the public said more officers were needed, pointing to a new round of protests on Sunday night that left windows smashed at several businesses.

The call for hiring more police officers was embraced by some on the council a year ago, when it approved bonuses to help ramp up the hiring of officers.

The proposed cuts now under discussion would include transferring the 911 call center and parking enforcement from the Police Department’s control. The city is also exploring the creation of a public-safety department that could take on some other tasks currently handled by the police.

The budget cuts approved on Monday included eliminating the mounted patrol unit and school resource officers, along with cuts to the department’s SWAT team. The council had proposed a steep cut to Chief Best’s salary, but backtracked on that plan Monday.

Along with anger over disparities in the enforcement of criminal justice in Seattle, protesters in recent weeks have also focused on the police chief herself over the department’s use of tear gas and other methods to control unrest.

Protesters recently went to Chief Best’s neighborhood outside the city to protest at her home, but were rebuffed by neighbors with guns.