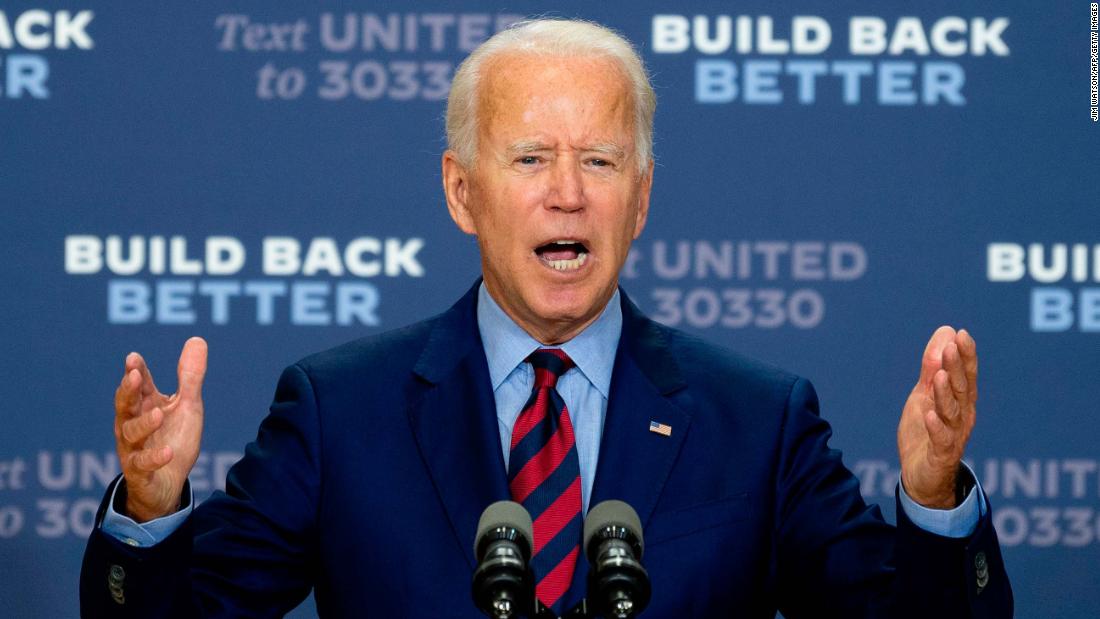 The report was released fewer than two months before the presidential election and days before the first debate between Biden and President Donald Trump.

The report focuses largely on Hunter Biden’s role on the board of Burisma, the Ukrainian energy firm. The report says concerns were raised inside the Obama administration and with Biden directly about the potential issues surrounding Hunter Biden’s position. But the Republicans do not write that US policy changed because of Hunter Biden’s role — a key assertion pushed by Trump and other Republicans, which has never been backed up by any evidence.

“The extent to which Hunter Biden’s role on Burisma’s board affected U.S. policy toward Ukraine is not clear,” the Republicans wrote.

The Republican investigation into Joe and Hunter Biden, led by Senate Homeland Security and Governmental Affairs Chairman Ron Johnson of Wisconsin and Senate Finance Chairman Chuck Grassley of Iowa, has been criticized by Democrats and the Biden campaign as a partisan attempt to boost Trump’s campaign, and Johnson has previously claimed the report will harm Biden’s candidacy.

Sen. Mitt Romney, a Utah Republican on the Homeland Security Committee, also raised concerns last week about the investigation, saying it was not the legitimate role of government “to be used in an effort to damage political opponents

Biden’s role in Ukraine while he was vice president, in which he pushed for the firing of prosecutor general Viktor Shokin, was a significant topic during the impeachment of Trump last year.

Trump and his allies repeatedly made unfounded and false claims to allege that the former vice president and his son acted corruptly in Ukraine. The effort to remove Shokin was backed by the Obama administration, European allies and even Republicans like Johnson.

Johnson denied working with Derkach for the investigation, accusing Democrats of spreading their own disinformation by leveling the accusation.

The report does include information form Andrii Telizhenko, who was a low-level Ukrainian diplomat and later a contractor with Blue Star Strategies, a US consulting firm that worked with Burisma. Telizhenko has worked with Trump’s personal attorney Rudy Giuliani to spread disinformation about Biden and about foreign meddling in the 2016 election.
Telizhenko has said that the criticisms of him were part of a “smear campaign” by the Democratic Party.

The Republicans write that Hunter Biden’s position and financial transactions created a conflict of interest for the vice president, and notes those concerns were raised by State Department officials Amos Hochstein and George Kent, who testified during the impeachment proceedings that he raised the issues within the State Department while Biden was vice president.

“What the Chairmen discovered during the course of this investigation is that the Obama administration knew that Hunter Biden’s position on Burisma’s board was problematic and did interfere in the efficient execution of policy with respect to Ukraine,” the report says.

But the Republicans do not write that US policy changed because of Hunter Biden’s role — a key assertion pushed by Trump and other Republicans, which has never been backed up by any evidence.

Biden campaign spokesman Andrew Bates accused Johnson of issuing a report “to subsidize a foreign attack against the sovereignty of our elections with taxpayer dollars — an attack founded on a long-disproven, hardcore rightwing conspiracy theory.”

Hunter Biden said last year that he used “poor judgment” in serving on the board, but said he did nothing improper.

“My son did nothing wrong. I did nothing wrong,” Joe Biden said during a Democratic primary debate last year. “I carried out the policy of the United States government in rooting out corruption in — in Ukraine. And that’s what we should be focusing on.”

Sen. Gary Peters of Michigan, the top Democrat on the Senate Homeland Security Committee, objected to Johnson releasing the report without also releasing the transcripts of the interviews the panel conducted, after the committee voted last week to simultaneously release the transcripts.