Sierra Club Says It Must Confront the Racism of John Muir 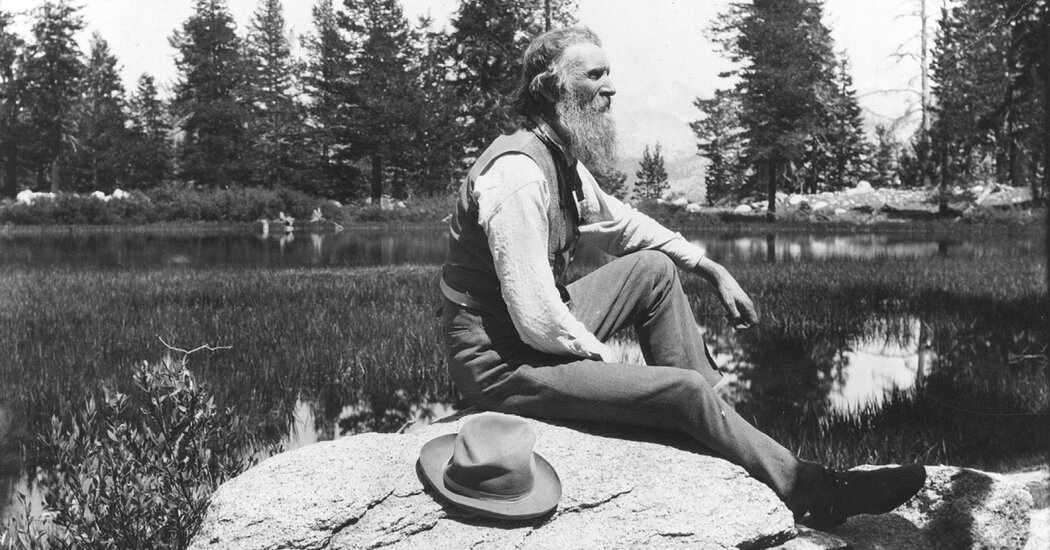 For decades, the Sierra Club has lauded John Muir, a founder of the environmental organization, as a towering figure in American conservationism and a man whose writings and advocacy helped to preserve Yosemite as a national park.

But on Wednesday, the organization’s president, Michael Brune, said it was time for some “truth telling” about Muir’s racist views and the white supremacist beliefs of its original members.

Muir “made derogatory comments about Black people and Indigenous peoples that drew on deeply harmful racist stereotypes, though his views evolved later in his life,” Mr. Brune wrote in a post on the club’s website. “As the most iconic figure in Sierra Club history, Muir’s words and actions carry an especially heavy weight. They continue to hurt and alienate Indigenous people and people of color who come into contact with the Sierra Club.”

Some of Muir’s writings characterized Black Americans and Native Americans as dirty and lazy, and while white settlers had already forcefully displaced many Native Americans from the Yosemite Valley by the time Muir arrived, he considered their presence in the Sierra Nevada as a blemish on an otherwise picturesque landscape.

Muir has long been considered a hero of American conservation. Many schools bear his name, and thousands of hikers have trekked more than 200 miles through the Sierra Nevada on the John Muir Trail. His writings have inspired generations to fight to protect and preserve wilderness, and helped to characterize the preservation movement that grew into America’s vast National Park System.

The Sierra Club, founded in 1892, is the latest institution to reassess its history, part of a national movement to examine past and present racism after the police killing of George Floyd in Minneapolis. The changes have included the toppling of statues depicting Confederate leaders, as well as the renaming of brands, university buildings and sports teams.

“We wanted to acknowledge something that hasn’t been acknowledged before, for more than a century: That John Muir said things that were hurtful and harmful and need to be acknowledged,” he said.

The Sierra Club is a powerful environmental organization with 3.8 million members that organizes outdoor recreational activities and lobbies politicians to promote things like renewable energy and clean drinking water and to oppose the use of coal.

Despite Muir’s influence on the movement, some conservationists have been pushing to pursue a more modern, more inclusive way of thinking about natural spaces and their stewards.

“The Muir ideal of the lone white man at one with nature in the wilderness excludes all kinds of people from that relationship,” said Jon Christensen, an environmental historian and professor at the University of California, Los Angeles.

“That ideal has caused a lot of damage.”

There are real efforts to prioritize urban access to neighborhood parks and trails, said Yvette Lopez-Ledesma, the Urban to Wild director for the Wilderness Society, rather than thinking of wilderness as Muir did — as a far-off place to escape to.

“Conservation, when we professionalize it, it is a very white space. But culturally, conservation, that’s what we do. That’s just who we are as people,” said Ms. Lopez-Ledesma, whose grandmother “hiked her way” from Mexico to the United States.

“Brown has been very green for a very long time,” she said.

A disproportionately low number of people of color visit national parks. And when a white woman called the police on a Black birdwatcher in Central Park, it illuminated why so many Black people have felt unwelcome and unsafe in public natural spaces.

“Those disruptive and terrorizing activities have caused the fracture of some of our relationships with nature,” said Rue Mapp, the founder of Outdoor Afro, an organization that trains outdoor leaders to facilitate outdoor experiences for Black participants in 30 states.

Ms. Mapp said that she worked with organizations like the Sierra Club and REI when she was first getting Outdoor Afro off the ground, but that as she became aware of the Sierra Club’s history, she wanted to help lead a more organic conversation with the Black community.

Part of that includes teaching participants about figures who are not lauded as heroes in mainstream conservation circles. Harriet Tubman, for example, had to navigate the landscape, often in the dark of night, in order to safely lead Black people to freedom.

“We have our own heroes,” Ms. Mapp said.