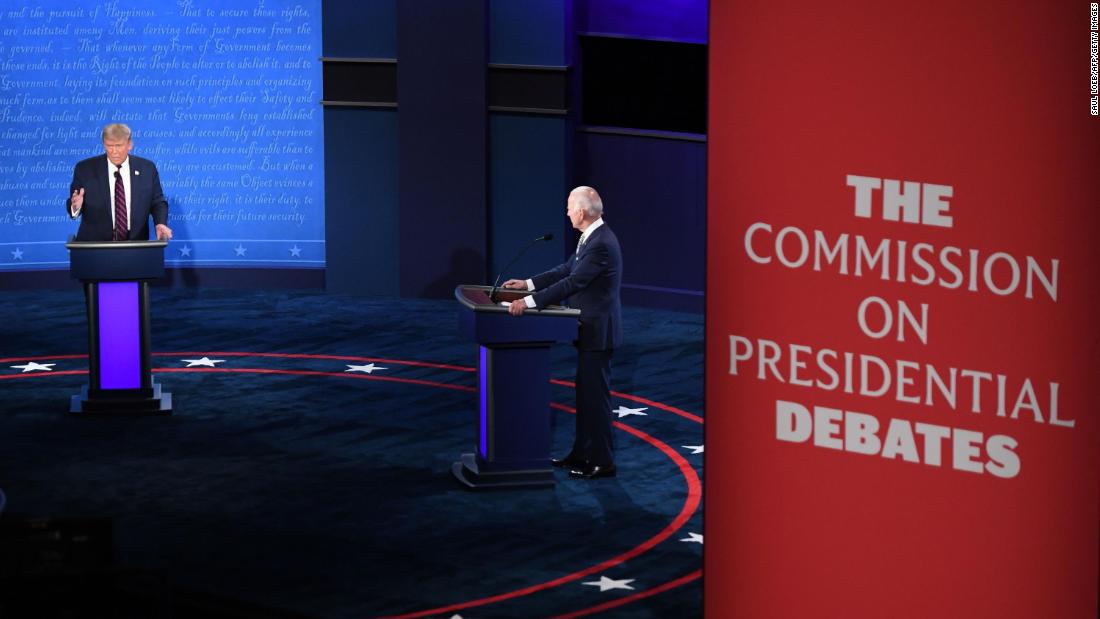 It is more than had originally been planned due to the spread of the coronavirus inside Donald Trump’s White House. Harris and Pence are scheduled to debate next Wednesday in Salt Lake City for the first and only contest between the two vice presidential candidates.

Trump on Thursday tested positive for coronavirus, which has thrown the future of general election debates into question and raised fears about how the virus may have unknowingly been present at the Tuesday night’s debate between Trump and Biden in Cleveland.

Pence and Harris both tested negative for Covid-19 on Friday morning.

Negotiations and conversations between the Commission on Presidential Debates, led by former Republican National Committee chairman Frank Fahrenkopf, and representatives for the two presidential campaigns have been ongoing all day, as news continued to break about the President’s health.

Asked on Friday morning after Trump has tested positive, Fahrenkopf declined to comment when asked whether future debates are still scheduled.

Amid negotiations with the commission about the terms of the Harris-Pence face-off, the Biden campaign expressed opposition to Harris and Pence being seven feet apart during the debate stage and asked that they be around 12 feet apart, instead, one source said. The Biden campaign saw the spacing issue as a “very serious concern,” this source added.

Tim Murtaugh, a top Trump spokesman, said Friday night that were open to putting more space between the candidates.

“We are open to more space between the candidates, which we will be happy to discuss,” said Murtaugh. “This is a seated debate, so it’s just a matter of moving farther apart at the table.”

Trump and Biden’s podiums were 12 feet and 8 inches apart during the first presidential debate, a source familiar with the debate told CNN on Friday.

Pence is still planning on traveling to Salt Lake City Monday ahead of his scheduled debate, an administration official told CNN on Friday. In a memo released Friday, his physician says he does not need to quarantine because he was not considered a close contact with Trump.

The fact that the presidential debate was mere days ago sent many in the audience to get tested for the virus on Friday, including top Biden surrogates like Rep. Lisa Blunt Rochester, Rep. Conor Lamb and others. Rochester and Lamb tested negative.

The Cleveland Clinic, a sponsor of the debate, had asked the small number of people in the audience at the Trump-Biden debate to wear masks during the contest. But many members of Trump’s team — including his family members — declined to wear them.

“Individuals entering the debate hall were masked and, in some cases, removed their masks once seated,” said a statement from the clinic. “A Cleveland Clinic physician did offer audience members masks, but some did not adhere to the requirement.”

The Cleveland Clinic did not directly address Trump’s guests ignoring mask rules, but said in a statement Friday, “Individuals traveling with both candidates, including the candidates themselves, had been tested and tested negative by their respective campaigns.”

“Based on what we know about the virus and the safety measures we had in place, we believe there is low risk of exposure to our guests,” the Cleveland Clinic said in the statement.

CNN’s Kaitlin Collins and Ryan Nobles contributed to this report.