These states are voting on cannabis legalization this November 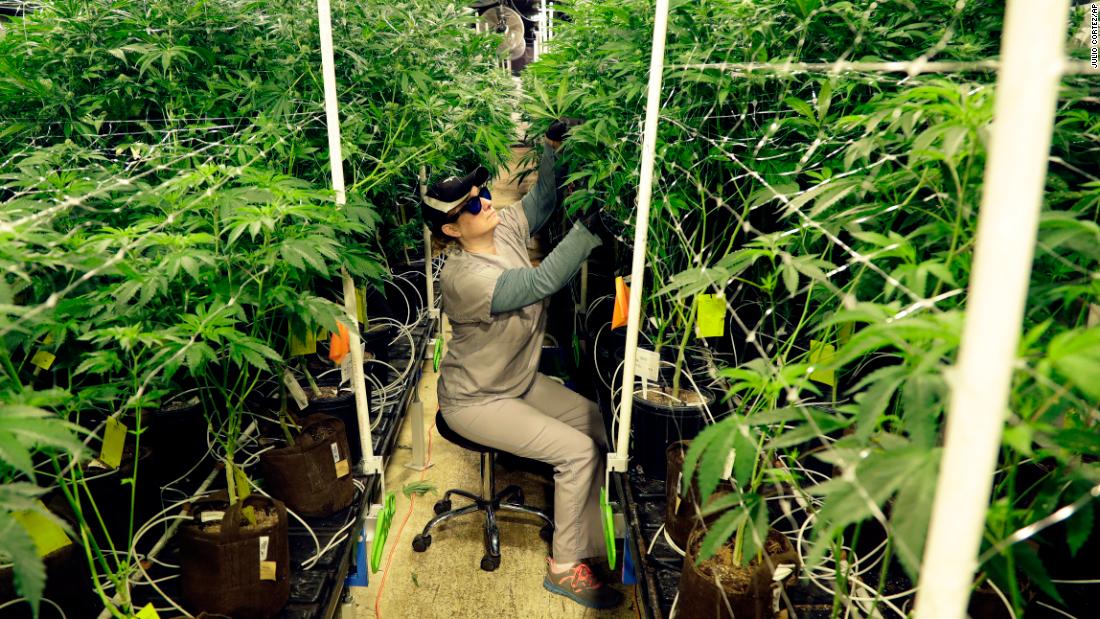 This year, voters in five states will decide whether to adopt either new medical or recreational cannabis laws — or, perhaps, both in the case of one state.

If more states join that list, it could serve as a huge opportunity for industry growth as legalization supporters believe successful ballot initiatives could have a domino effect on other states — especially those looking to address budgetary and social justice issues.

Cannabis sales in states that have legalized the plant for medical and recreational purposes totaled about $15 billion in 2019, and are expected to top $30 billion by 2024, according to data from BDS Analytics, which tracks dispensary sales.

Below is a look at the five states voting on legal cannabis this November.

Four years ago, residents in the Grand Canyon State narrowly defeated an initiative to legalize recreational cannabis. It failed by fewer than 67,100 votes, with 51.3% of voters saying no.

The 2016 measure was hotly contested, attracting a combined $13 million from high-profile donors such as soap company Dr. Bronner’s, which was in favor of the measure, and opponents such as billionaire casino magnate Sheldon Adelson, tire retailer Discount Tire, and pharmaceutical company Insys.
This time around, the backers of the recreational cannabis initiative include some of the biggest names in the US cannabis business — an industry that has matured significantly during the past four years. State election finance records show that contributors supporting Proposition 207 include multi-state cannabis producers and retailers such as the Tempe, Arizona-based Harvest Health & Recreation (HRVSF) and firms such as Curaleaf (CURLF) and Cresco Labs (CRLBF), which have cultivation and retail operations in Arizona’s medical cannabis industry.
Still in staunch opposition are Governor Doug Ducey, the Arizona Chamber of Commerce and Smart Approaches to Marijuana, a national organization that opposes the legalization and commercialization of cannabis.

For the most part, Proposition 207 is structured similarly to 2016’s measure. It would allow adults 21 years and older to possess, consume or transfer up to 1 ounce of cannabis and create a regulatory system for the products’ cultivation and sale. Some key differences with the new measure include the addition of social equity provisions and criminal justice reforms such as record expungement.

According to estimates from industry publication Marijuana Business Daily, recreational sales in Arizona could total $700 million to $760 million by 2024.

When Governor Phil Murphy was elected in 2017, he vowed to deliver on a campaign trail promise to legalize cannabis. At the time, he told the New Jersey Star-Ledger that legalization could be a $300 million boon to state coffers but that the biggest reasons for legalization would be for social justice purposes — overhauling old drug laws that disproportionately criminalized people of color.
However, legislative efforts to legalize failed to drum up enough support. Lawmakers ultimately decided to go another route and put the measure before voters.
If approved, Public Question No. 1 would legalize cannabis for adults 21 and older. The program will be regulated by the same commission that oversees New Jersey’s medical cannabis businesses, and the recreational cannabis products would be subject to the state sales tax (currently 6.625%).
By initial estimates, New Jersey’s recreational cannabis market could be hefty. Marijuana Business Daily pegs annual sales between $850 million and $950 million by 2024 — but a successful initiative carries greater significance outside of New Jersey’s borders. The passage of recreational cannabis in New Jersey could accelerate legislative efforts in neighboring New York and Pennsylvania.

South Dakota could enact medical and recreational programs in one fell swoop.

Voters in South Dakota will decide on Measure 26, which would establish a medical cannabis program and registration system for people with qualifying conditions, as well as on Amendment A, which would legalize cannabis for all adults and require state legislators to adopt medical cannabis and hemp laws.
The South Dakota Legislative Research Council projected that Amendment A could result in $29.3 million in tax revenue by the state’s 2024 fiscal year. Sales estimates were not yet available, according to the Marijuana Policy Project, which is assisting with the South Dakota campaign.

Ballot issue I-190 would allow adults in the state to possess, buy and use cannabis for recreational use. A separate initiative, CI-118, would establish 21 as the legal age to purchase, possess and consume cannabis.

If passed, I-190 would establish a 20% tax on recreational cannabis, with more than half of the tax collections landing in the state general fund and the rest allocated to programs such as enforcement, substance abuse treatment and veterans’ services. The measure also would allow people serving a sentence for certain cannabis-related acts to apply for resentencing or records expungement.

According to a fiscal analysis, the state expects recreational cannabis sales to total nearly $193 million in 2025, generating $38.5 million in tax revenue.

In Mississippi, there are two competing measures to legalize cannabis for medical purposes.

Initiative 65, which resulted from a citizen petition, would allow physicians to recommend medical cannabis for patients with any of 22 qualifying conditions such as cancer, multiple sclerosis and post-traumatic stress disorder. The constitutional amendment would establish a regulatory program for businesses to grow and sell medical cannabis and for the products to be taxed at a 7% rate.
Under Mississippi law, the legislature has the option to amend or draft an alternate measure, and that’s what it did here via Initiative 65A. The competing measure requires medical products that are of pharmaceutical quality, limits the smoking of medical cannabis to people who are terminally ill, and leaves the future creation of rules and a regulatory framework up to the legislature.

Officials from Marijuana Business Daily said that if Initiative 65 is passed, medical sales could total between $750 million to $800 million by 2024.