These variables affect whether you live, die or get help during the pandemic 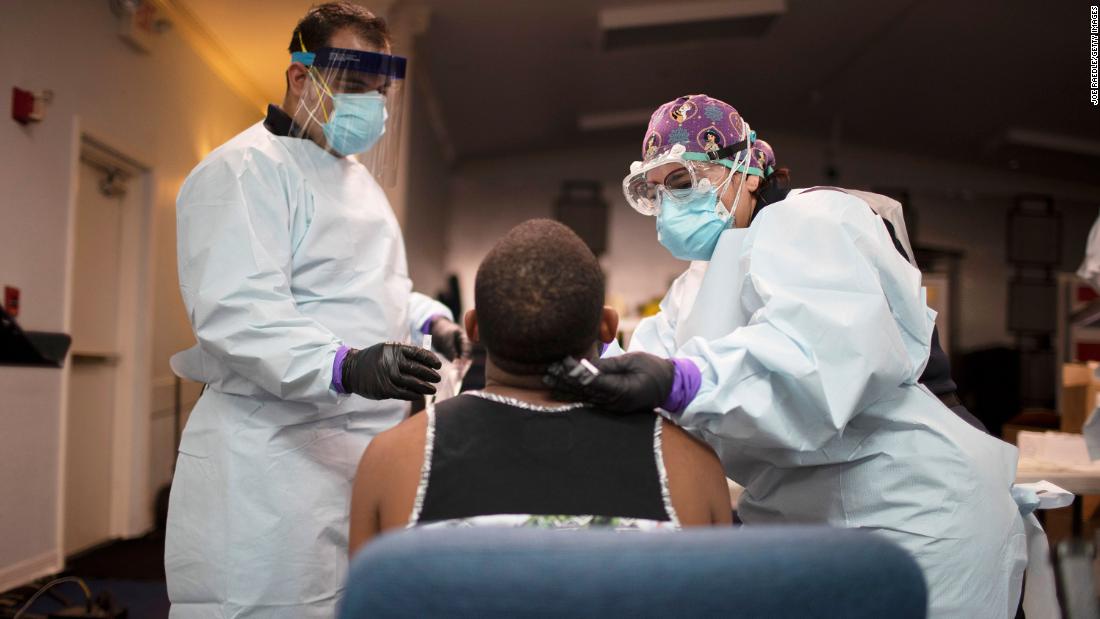 “What Covid-19 does is actually shine a light on a problem that was already there,” said Dr. Lisa Cooper, director of the Johns Hopkins Center for Health Equity.

In other words, as the US approaches six million confirmed coronavirus cases, race plays a major role in who lives, who dies and who gets help.

Race affects where you live

The advice from health experts has been constant: Maintain physical distance from others to avoid contracting the virus.

But for many marginalized groups, that’s easier said than done.

Latino and American Indian and Alaska Native people are 2.8 times as likely to be infected with Covid-19 than White people, according to recent data from the Centers for Disease Control and Prevention. Black people are 2.6 times as likely to be infected.
Higher infection rates among Black and Latino Americans can at least in part be explained by housing conditions, according to a report released last week by the National Urban League. Those conditions are a legacy of discriminatory practices such as redlining and segregation that go back decades.
Black and Latino people are more likely to live in densely populated cities and neighborhoods that expose them to more people. They are also more likely to live in cramped, multigenerational homes that create potential for younger people to expose older relatives.

She cited a Covid-19 patient she spoke to who worked in hotel housekeeping. The patient’s family shared a house with one bathroom, and everyone in her family ended up getting infected. The woman’s husband died of the virus, Cooper said.

Some Latino immigrants, particularly agricultural workers, live in crowded housing with other “essential” workers who they aren’t related to, said Randy Capps, director of research for US programs at the Migration Policy Institute.

“In normal times, it’s a coping strategy, a way to be able to survive and do quite well with limited incomes,” Capps said. “But in this environment, it can be problematic.”

Those problems have become evident over the last few months in California’s Central Valley, the heart of the state’s agricultural industry.

The region is now a coronavirus hotspot, and essential farm workers, Latinos and those living in shared housing — groups that often overlap with each other — are being disproportionately infected, Gov. Gavin Newsom said last month.

Multigenerational homes are a frequent reality for American Indians and Alaska Natives too, said Stacy Bohlen, chief executive officer of the National Indian Health Board and a member of the Sault Ste. Marie Tribe of Chippewa Indians.

“You take into account very poor housing for our folks,” she said. “And yet we hold family as a top priority for the way that we approach the world.”

That means there might be several generations living in a house designed for four people, Bohlen said. Add to that the lack of running water, sewage and sanitation facilities on some tribal lands, and even complying with basic hand-washing guidance can be challenging.

Given those conditions, on top of centuries of underfunding and neglect in spite of treaties with the US government, the current situation in Indian Country was inevitable, Bohlen said.

“If you look at the history and you look at where we find ourselves, there’s no way else it could have played out,” she said.

It affects whether you can work from home

But the ability to work remotely “differs enormously by race and ethnicity,” experts from the Economic Policy Institute have pointed out.

Black and Hispanic workers in the United States are “much less likely” to be able to work from home, economists Heidi Shierholz and Elise Gould wrote in a post in March.

About 20% of Black workers could do their jobs remotely, while about 16% of Hispanic or Latino workers could, according to data from the US Bureau of Labor Statistics. By contrast, about 30% of white workers and 37% of Asian workers could work from home.

Those discrepancies have to do with “occupational segregation by race and ethnicity,” Shierholz told CNN at the time.

Hispanics and Latinos are overrepresented in such industries as construction, agriculture and hospitality — jobs that can’t be done from home. Black people are also overrepresented among low-wage workers, most of whom can’t telework.

That means they’re more likely to be exposed to the virus while on the job — if they still have one.

Black and Latino people are also more likely to rely on public transportation, and may need to make more frequent trips to the store because they can’t afford to stock up, Cooper said.

It affects your risk of severe illness

Even before they get infected, many people of color face heightened risks.

People who have underlying health conditions, including chronic lung disease, asthma and heart problems, are among the most vulnerable to serious illness from Covid-19. And because of factors such as less access to healthy foods and outdoor space, minority populations experience higher rates of chronic diseases.

Black people are more likely than White people to experience high blood pressure, diabetes and stroke — in fact, they’re more likely to die at early ages of all causes. Native Americans have the highest rates of diabetes in the nation. And Pacific Islanders, who have seen among the sharpest spikes in mortality rates in recent weeks, have higher rates of smoking, alcohol consumption and obesity compared to other racial groups.
Those disparities also show up in Covid-19 hospitalization rates.
Native Americans are getting hospitalized at 5.3 times the rate of White Americans, according to recent CDC data. Black Americans are 4.7 times as likely to be hospitalized, while Hispanic or Latino Americans are 4.6 times as likely.

When people of color get infected, they don’t always get the treatment they need.

Black and Latino Americans are more likely than White people to lack health insurance and tend to put off seeking care, according to the National Urban League report. So by the time they see a health care provider, they are sicker.

Meanwhile, Black people have a legacy of distrust of medical institutions, Cooper said. That stems in part from unconscious bias that doctors might exhibit in treating Black patients, such as minimizing their complaints or referring them for advanced care less often. It also has to do with a history of exploitation, like the infamous Tuskegee syphilis study, in which researchers deceived Black men with syphilis into believing they were receiving treatment when they were not.
That distrust can make Black people more susceptible to misinformation.

“With that, it’s not surprising that people are going to not believe what they’re hearing from experts, or be afraid that they’re going to be harmed in some way,” Cooper said.

Native Americans on tribal lands are in a unique situation when it comes to health care. In treaties with the federal government, tribal nations ceded their lands and promised peace in exchange for health care and other benefits, according to the National Indian Health Board. But the federal government has not lived up to its obligations, Bohlen said.
The Indian Health Service, which is responsible for providing services to American Indians and Alaska Natives, is typically underfunded at between 50% to 60% of need, according to the National Council of Urban Indian Health. As a result, the agency generally runs out of money in the middle of the fiscal year.

“That is so grossly underfunded that the joke in Indian Country used to be, ‘Don’t get sick after June 1,'” Bohlen said. “Because appropriations begin October 1 and by June 1, all that money for specialty care is gone.”

How we move forward

The systemic barriers that contribute to the racial disparities around Covid-19 are deeply rooted and cannot be easily reversed. They stem from longstanding inequities in housing, education, employment and other sectors.

“There’s just layers and layers of issues that have led to extreme social disadvantage in those communities,” Cooper said.

Still, organizations that advocate for Black, Latino and Native Americans have been working during the pandemic to make sure their communities get the support they need.

The NAACP is recommending that policymakers boost funding for federally qualified health centers, which are community-based providers that typically serve Black and brown neighborhoods.
UnidosUS is among the groups calling for an end to President Donald Trump’s “public charge rule,” which experts have argued makes Latino immigrants reluctant to seek health care.
The National Indian Health Board is demanding billion-dollar investments from the federal government for water and sanitation infrastructure and Indian Health Service facilities in tribal communities, among other priorities.

These problems are big and demand big solutions, advocates say. Unraveling them will require peeling back the layers and committing to addressing it, piece by piece.