‘Tired of being sad.’ The financial stress from Covid is taking an emotional toll 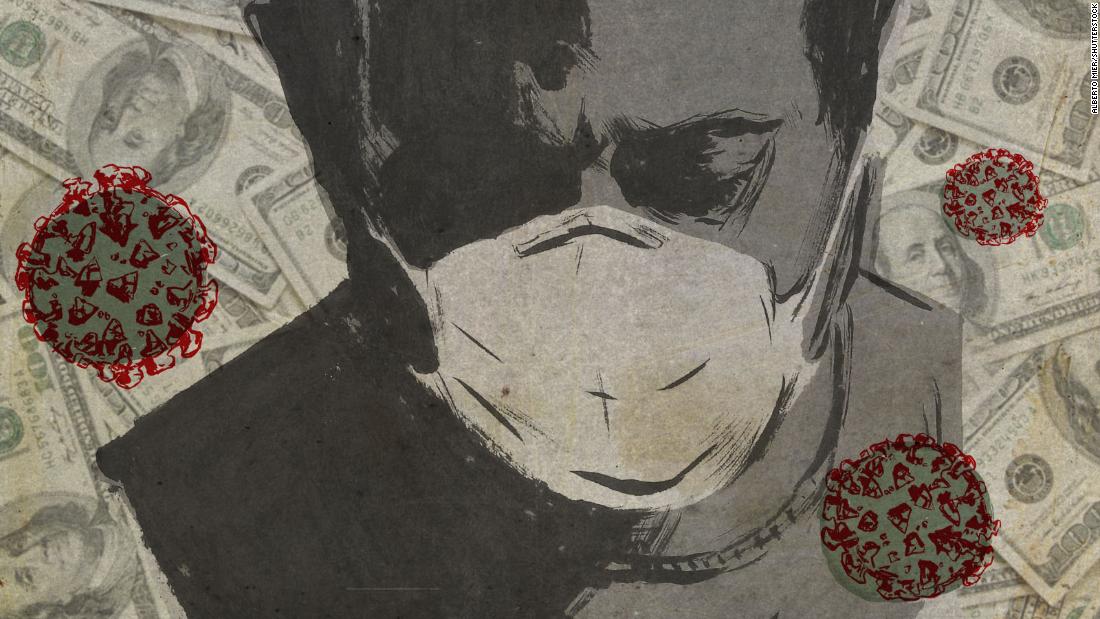 Many are at their wit’s end. And it doesn’t appear that help is on the way.

Congress is still at odds over a package that would provide additional economic aid to those who have lost their jobs or are struggling to get by. For many Americans, federal pandemic benefits are set to expire by the end of next month — if they haven’t already.

“I’ve exhausted all of my unemployment benefits. I’ve had to resort to food stamps and [California’s Medicaid program] for the first time in my life. I’m backdated on my rent and my credit has been ruined,” said 38-year-old Andrew Lee, who lives in a suburb of Los Angeles with his wife and two children.

Lee lost his job as a business development director several months before the pandemic. But once it hit, it became that much harder to find work. And he didn’t initially qualify for any pandemic-related unemployment benefits.

His wife, meanwhile, was furloughed without pay from her job as a fitness instructor at a gym that has been shut down due to Covid restrictions. She now collects $467 a week in unemployment benefits.

“We’re getting by barely,” Lee said.

Their two cars have been repossessed and they’re getting notices that their internet service may be shut off, which would make it hard for their kids to continue online classes.

Initially, Lee said, he tried to handle their worsening financial situation on his own so his family wouldn’t worry. But at a certain point, he noted, “the pressure becomes so enormous and stressful it starts to show.”

He became grumpier, quicker to anger and at one point was drinking too much “to escape.”

“There was one instance, I kind of broke. It was like, man, just having really dark thoughts,” said Lee, who reached out to his family and close friends for emotional support. Their words of encouragement helped him see this chapter as temporary. “We have to have the mentality to weather the storm,” he said, describing the perspective they offered.

Now sober for two months, he said, “I’m more in the mindset that being stressed out about things I can’t control, I need to kind of say f*** it because if I let it consume me I will lose more than mental health, but my family and loved ones.”

Fifty-six year old Tina Louise Parsons of New Orleans used to work with autistic children in group homes. But in 2017, she became a full-time driver for Lyft and Uber after a medical crisis made it hard for her to continue working with kids.

Parsons said she used to make enough to pay her bills and even save a little. But she lost her work with Uber in February and once the pandemic hit, tourists disappeared and fewer people called for car service to get to work, diminishing the money she made at Lyft as well. She now tries to make $100 a day, which can take her 10 hours or more between making Lyft pickups, working as an Instacart shopper, and delivering food for DoorDash and GrubHub.

While she didn’t qualify for much of the pandemic aid available, she was allowed to go on Medicaid, after years of living without health insurance.

“I try and be grateful for what I have,” Parsons said. But not making enough to pay her bills and never feeling like her income is secure leaves her feeling depressed. “I find it difficult to want to get up in the mornings. Even harder to use what little money I have for gas to drive around and try to find something to deliver for a few dollars.”

At one point, when she wasn’t sure how she was going to keep her phone on and buy food in the same week, she took herself to urgent care to talk to a mental health professional.

Now, she said, “with the holidays rolling in, it does get heavy.”

She normally buys and cooks food to deliver to the homeless on Thanksgiving, but she can’t afford that this year. She does, however, plan to cook a turkey for herself and a friend, who moved in with her after getting evicted from his place.

“I need to make pies, bake bread and make my stuffing. I need to cook.” Parsons said. “I need to do it for my own mental health. I’m just tired of being sad.”

Lee’s and Parsons’ response to their situations echo what researchers are finding.

A study from Boston University’s School of Public Health found the prevalence of depression symptoms among US adults increased threefold after Covid hit.

It also found the people at greatest risk were those with lower incomes, savings below $5,000 or greater exposure to financial stressors, such as job loss.

In other research Ettman worked on, but which has not yet been peer reviewed, the findings suggest those who lost their jobs and have difficulty paying rent are more likely to have suicidal thoughts.

Meanwhile, a study from the Commonwealth Fund, a health policy research foundation, found that more Americans have experienced negative financial impacts and mental health distress due to the pandemic than the citizens of nine other high-income countries.

Given the correlation between financial stressors and depression, Ettman suggests that more federal economic aid to those struggling will not only help them pay their bills. “Our hope is [their] mental health will improve,” she said.

If you or someone you know is experiencing emotional distress or having suicidal thoughts, you can call the National Suicide Prevention Lifeline at 1-800-273-8255 for free and confidential support 24/7.