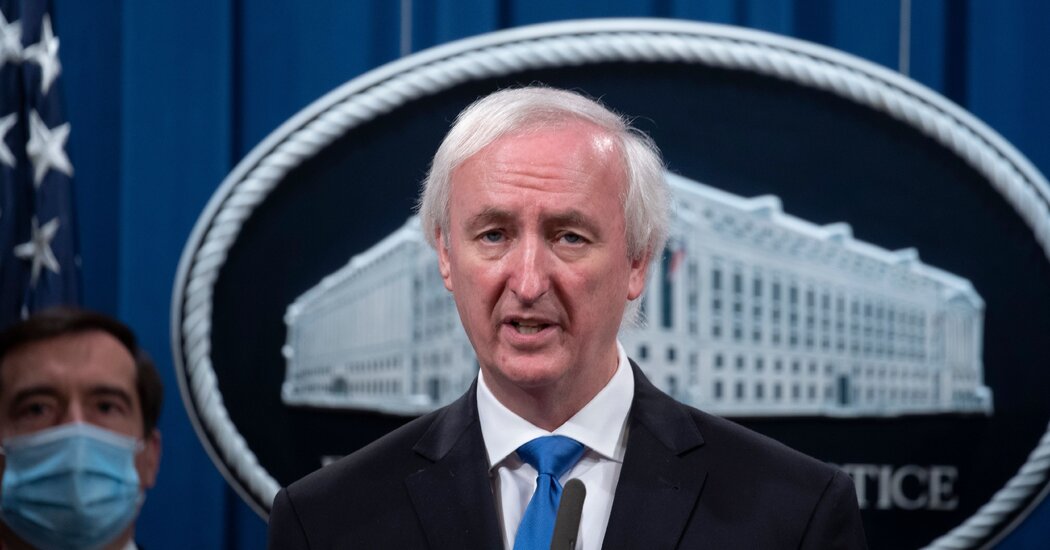 The deputy attorney general, Jeffrey A. Rosen, said in an email to federal prosecutors that they should consider use of the sedition statute and other federal laws to try to stop violence at protests this summer — even in instances where local law enforcement would typically bring charges.

Mr. Rosen sent the email a day after reports that Mr. Barr had told federal prosecutors on a call last week that they should consider charging rioters and others who had committed violent crimes at protests, even in cases where local prosecutors might typically take the case; and to consider all available federal charges, including sedition. Some on the call viewed it as a highly unusual use of the charge.

“The attorney general and I recently discussed with you the need to consider the use of a variety of federal charges when they may be appropriate, including seditious conspiracy,” Mr. Rosen wrote.

Their push for prosecutors to consider sedition was proper and that prosecutors did not need evidence of a plot to overthrow the government to consider and bring charges under the statute, “despite what the name might suggest,” Mr. Rosen wrote.

“Critics of the inclusion of Section 2384 in a list of available statutes appear not to have read beyond the section’s title,” Mr. Rosen wrote, citing the portion of the federal code containing the law. “Those who have actually read the statute recognize that the text of Section 2384 could potentially apply to some of the violent acts that have occurred.”

Though the most extreme form of the federal sedition law, which is rarely invoked, criminalizes conspiracies to overthrow the government of the United States — an extraordinary situation that does not seem to fit the circumstances of the protests — its other elements might conceivably fit a plot to, say, break into and burn down a federal courthouse.

During protests in recent months in Seattle; Portland, Ore.; Kenosha, Wis.; Washington, D.C., and elsewhere, people attacked federal agents who were deployed to police protests and tried to overtake federal property, like courthouses.

U.S. attorneys defended department leaders for urging prosecutors to be aggressive in charging people with federal crimes in places where they viewed local prosecutors as too lax in trying to control and stop violent activity.

“I genuinely think that the attorney general is pushing for federal prosecutions because of a complete abdication of responsibility by local prosecutors in certain jurisdictions,” said McGregor Scott, the U.S. attorney in Sacramento.

But the mention of the sedition act on the call last week with U.S. attorneys drew criticism from some former department lawyers, who said such charges could be overreach.

Mr. Rosen said the mention of sedition on the call was “misrepresented and criticized in the media,” and he expressed disappointment that department officials had shared the information with reporters.

“Know that you share my disappointment over selective leaks of internal department communications and deliberations, which seem designed to misrepresent what the department is actually doing to protect the rights and interests of the American people,” he wrote.