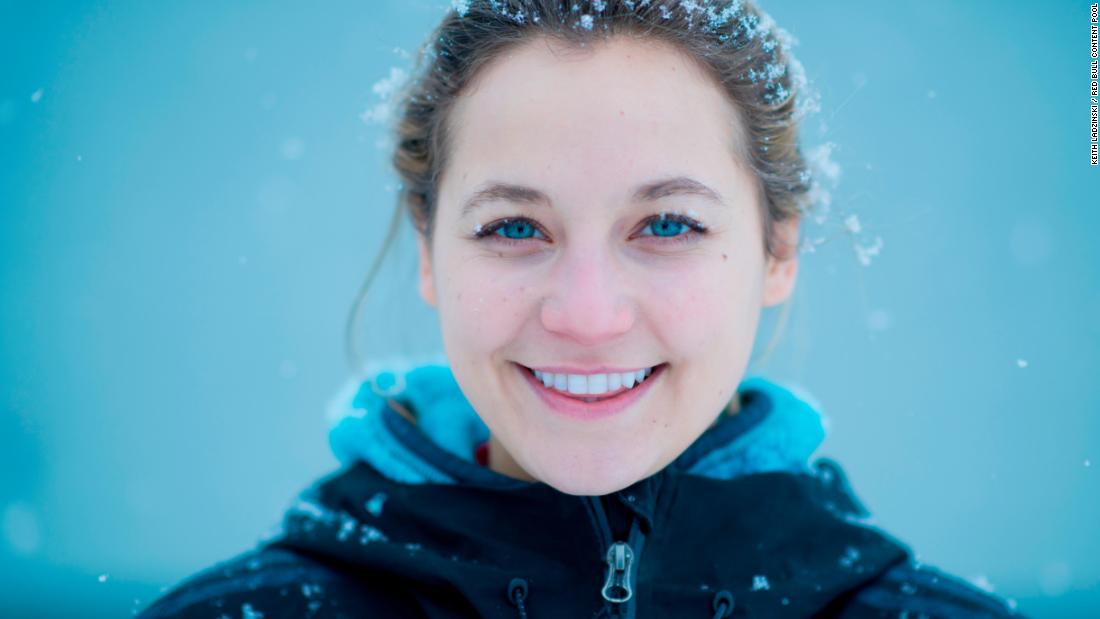 The 28-year-old took the rock climbing world by storm at an early age and has grown into one of the sport’s most famous faces — traveling the world and completing over 30 first female ascents.

But, despite the records and countless achievements, it hasn’t been easy.

Throughout the American’s intrepid career, DiGiulian has met resistance, forcing her to change the narrative of what a professional climber is “supposed to look like.”

“As a woman, success in my career was often reattributed to climbing something with a male being present, or doing something and that achievement being negated by my weight, my circumstance, or people making assumptions of my background.”

DiGiulian, who started climbing aged seven, has spoken out about her experiences of being a woman in the sport, writing a lengthy Instagram post in 2018 after she said she was subject to bullying from fellow climber Joe Kinder, who later apologized via a statement on social media.

Kinder told CNN that whilst he accepted his mistakes, he felt “gravely misrepresented” and said that “public shaming” can cause serious mental health problems.

“I’ll never defend my mistake as there is no excuse for my actions. I own it and have learned a hard lesson. It was offensive and hurtful and cost me my career and everything that I had built,” he said in a statement.

DiGiulian says she has been subject to snide comments and remarks for her career choice for years.

An interaction she recalled with an alpinist when completing a first female ascent on the 5,900 ft north face of the Eiger — a mountain in Switzerland with one of the most technically challenging climbs in the Alps — still sticks in her mind.

“I won’t say his name, but it comes to the tongue, he said ‘little girls don’t belong on the Eiger’ and just little cuts like that that happen throughout your experiences,” she says.

“It doesn’t help and it doesn’t encourage more people like me to feel comfortable in the sport.”

Such experiences haven’t dampened DiGiulian’s passion for her sport. If anything, it’s motivated her.

With a significant, and growing, social media following — she has 463,000 followers on Instagram — DiGiulian is using her platform to raise awareness of such issues in the hope that climbing becomes more diverse.

She’s led all-women climbing teams across the world, written extensively about being a female in a predominantly male sport and wants to be a role model for young girls looking to explore the outdoors.

DiGiulian is particularly passionate about body confidence. This year she took part in an Agent Provocateur advertising campaign where she was filmed climbing in lingerie.

She describes it as an experience which was “out of my comfort zone.”

The campaign, which also featured three other female athletes, received some criticism for “gratuitous sexualization of” female athletes. DiGiulian says those critics missed the point.

“I would say that at the heart of femininity is choice and ownership of your body,” she says.

“All four of us athletes chose to be a part of that campaign because it was an empowering opportunity to really be proud of our sports and of what our bodies look like.

“I’ve gone through my own bouts with disordered eating and body confidence through excelling at my sport.

“I get wide shoulders and larger biceps but [I’ve learned] to embrace my body as it is, with the athletic build, because my body provides the tools to be able to excel.”

More needs to be done, she says, to encourage people from different backgrounds to enjoy the sport and she has called on the media to shine more light on Black climbers, to provide role models for the next generation.

When a climber completes a particular route for the first time, he or she can name it. In the past, these names have sometimes included racial connotations and there have been fresh calls to rename them.

Duane Raleigh stepped aside from his role as editor of climbing publication ‘Rock and Ice’ this year after apologizing for giving routes a racist name in the past. He called for the community to reflect on its traditions and said he would strive to support the Black Lives Matter movement in the future.

In a statement to CNN, Raleigh said a lot of work still needed to be done in order for the sport to better represent the wider community.

“Over the past 150 years climbing failed to evolve to be inclusive of all people, but thanks to awareness raised by the Black Lives Matter movement this year, many climbers, myself included, realized that our community has systemic issues, from climbing route names to lack of financial support to under representation in the climbing media, that need to change,” he said.

Climate change and the US election

DiGiulian is not content with simply attempting to change her sport. The climber also uses her platform to speak out on climate change and American politics.

In the build-up to November’s US presidential election, she has used her social media platform to encourage people to educate themselves and vote.

Having spent her life in some of earth’s wildest places, DiGiulian says she has seen firsthand the devastation being caused by the climate crisis and believes this election could be a turning point in the fight to address the issue.

“You see the ramifications of climate change in the rockfall consistency that’s happening more and more often. I was also on an ice climbing trip […] and we had extreme changes in weather that led to breaking off huge chunks of ice,” she says.

DiGiulian is openly critical of the Trump administration’s handling of the crisis, but says tackling the problem should be a bipartisan issue.

Last month, Donald Trump was skeptical about whether climate change was playing a role in the catastrophic wildfires across the west coast of the US.

The President also suggested that other nations need to take responsibility for their levels of pollution more than the US.

DiGiulian works with ‘Protect Our Winters’ an organization that looks to educate and inspire the 57 million self-confessed outdoor enthusiasts globally.

She says if outdoors enthusiasts in the US “recognize the significance of climate action on what their lifestyle is” then there might be a new president in place next month.

DiGiulian is aware that not everyone will agree with her. She loses followers whenever she posts something political and has been told to “climb under a rock” or “focus on climbing because that’s what I’m good at.”

However, she says such comments won’t stop her.

“I’ve always seen the fact that if I have a platform and a voice that people are listening to, I’d be remiss not to use it and not stand up for what I believe in,” she says.

“There are a lot of pressing matters right now that are really pertinent to what I do as an outdoor athlete.”

Her mental resilience is something she credits to both her upbringing and the sport she loves.

Like fellow adventurer Jimmy Chin, DiGiulian says being outdoors has been akin to meditation for her in what’s been a difficult year.

In addition to the pandemic putting life on hold for most of the year and turning people’s lives upside down, DiGiulian has undergone extensive hip surgery which left her unable to walk for some time.

She also witnessed a devastating accident on her latest climb in Chihuahua, Mexico, where her friend Nolan Smythe fell to his death when helping film the expedition.
READ: The untold story of women climbers trapped on ‘the roof of the world’

Once her recovery is complete, she hopes to return and complete the climb in his memory.

“I think that climbing is a really empowering sport because it’s you and the climb, you and the mountain,” she says.

“You’re also dealing with forces that are much larger than yourself so you learn to be really aware of your surroundings, of risk mitigation and thinking really decisively.

“I personally find it really meditative. It’s like when I’m on the rock, I’m not thinking about anything else.