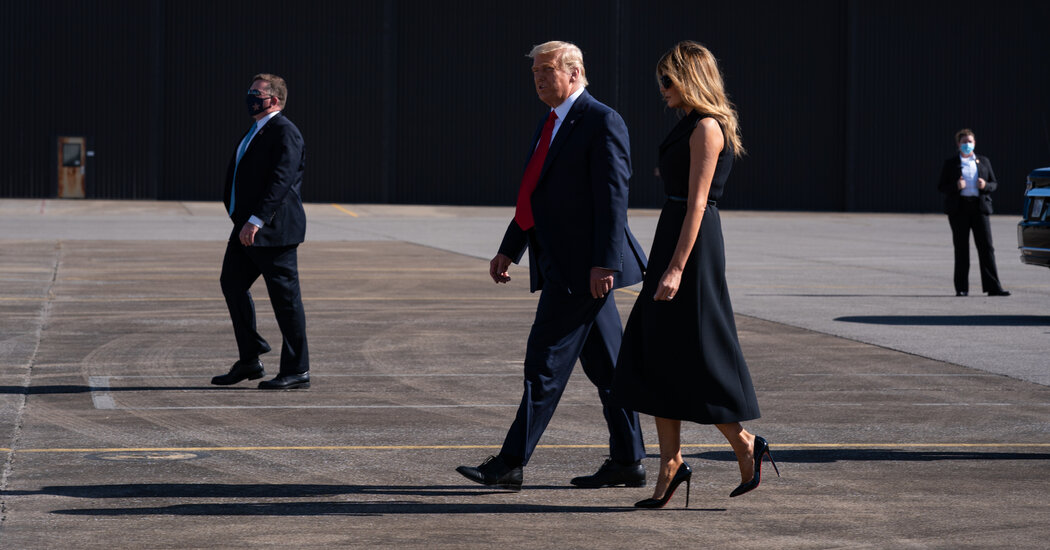 WASHINGTON — President Trump signed an executive order this week that could substantially expand his ability to hire and fire tens of thousands of federal workers during a second term, potentially allowing him to weed out what he sees as a “deep state” bureaucracy working to undermine him.

The executive order, issued late Wednesday and described by one prominent federal union leader as “the most profound undermining of the Civil Service in our lifetimes,” would allow federal agencies to go through their employee rosters and reclassify certain workers in a way that would strip them of job protections that now cover most federal employees.

The White House, in a statement that accompanied the executive order, said the new employee classification was justified because under current rules “removing poor performers, even from these critical positions, is time-consuming and difficult.”

As a practical matter, the new order is unlikely to have a widespread effect unless Mr. Trump is re-elected, giving him a second term to carry out the new approach across the government. Should he be defeated by his Democratic opponent, former Vice president Joseph R. Biden Jr., the new president could simply rescind it.

Currently, only about 4,000 of the more than 2 million federal employees are so-called political appointees, who are typically replaced with each presidential administration. They include senior agency officials who oversee the development of federal policies.

The bulk of federal workers are considered career civil servants, who have certain protections both in the way they are hired — typically based on a point system that is supposed to make the hiring competitive — and a time-consuming, appeals-based process that must be used if an agency manager wants to dismiss someone.

Federal auditors have long complained that the process of removing substandard federal workers is too complicated and slow. The Government Accountability Office concluded in one 2015 report, for example, that “legal issues can also reduce a supervisor’s willingness to address poor performance.”

Mr. Trump’s new executive order would create a new class of federal worker, known as “Schedule F” employees, that would be made up of career staff members who are involved in “confidential, policy-determining, policy-making, or policy-advocating” work.

This would most likely include the thousands of federal employees who write the regulations that translate federal laws into formal rules, as well as economists, scientists, lawyers and managers, according to labor lawyers who have examined the new order.

The new classification would not apply to federal workers who are part of the Senior Executive Service that helps oversee federal agencies, according to the White House.

Trump administration officials had been discussing for months how to purge “bad people” who are part of the “deep state,” Axios reported in February. The effort accelerated early this year after Mr. Trump hired a new head of the White House Office of Presidential Personnel, John McEntee, who served as a campaign aide to Mr. Trump in 2016.

Federal agencies would have seven months to conduct a review of their work force to decide which existing employees could be reclassified into this new status, under the executive order. The reviews would then be redone annually. Because this would take place on an agency-by-agency basis, it is hard to predict how many employees could end up being reclassified, and any future president could revoke the order.

The employee protections date back to a law adopted 137 years ago called the Pendleton Civil Service Reform Act, which was enacted after the assassination of President James A. Garfield, who was shot by a disappointed federal job seeker. The goal was to remove politics from the federal government’s daily operations by having career employees carry out the policies set by political appointees.

“This is a declaration of war on the career Civil Service,” said Richard C. Loeb, a senior policy counsel at the American Federation of Government Employees, the largest union representing federal workers, who also served in the White House Office of Management and Budget for two decades during Republican and Democratic administrations. “It is an attempt to politicize the process and to hire cronies and fire enemies. It is really a 19th-century concept.”

Mr. Loeb said the union was examining if the executive order could be legally challenged.

The proposal has already provoked criticism by some Democrats in Congress, including Representative Gerald E. Connolly, Democrat of Virginia, who serves as chairman of the House panel that oversees government operations.

“This executive order is yet another attack on federal employees that addresses absolutely none of the issues that can hinder effective federal recruitment and hiring,” Mr. Connolly said in a statement. “It’s a cheap ploy to let the Trump administration replace talent and acumen with fealty and self-dealing.”

But other Republicans have endorsed the move. “Our Founding Fathers never envisioned a massive unelected, unaccountable federal government with the power to create policies that impact Americans’ everyday lives,” Representative James R. Comer, Republican of Kentucky, said in a statement.