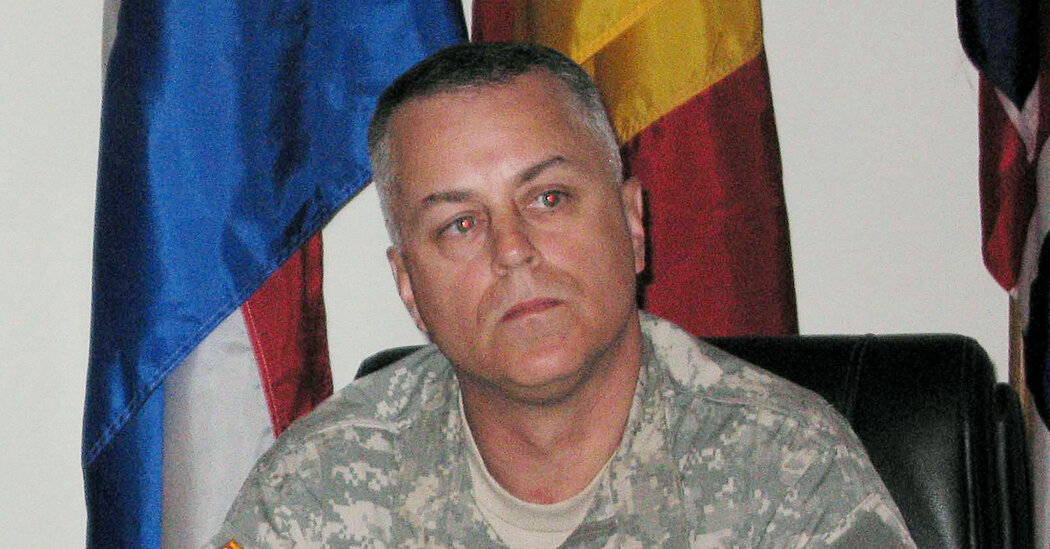 WASHINGTON — President Trump’s choice to fill the Pentagon’s top policy job withdrew his name from consideration on Sunday after senators from both parties voiced opposition to the official’s nomination, largely because of his history of inflammatory comments.

But in an end run around the skeptical senators, the Trump administration appointed the official, Anthony J. Tata, a retired Army one-star general turned Fox News commentator, to a temporary senior position in the same Defense Department office that does not require Senate approval.

Senior congressional Democrats expressed outrage at what they said was a subterfuge that amounted to the White House and the Pentagon thumbing their noses at Congress.

“This method of appointment is an insult to our troops, professionals at the Pentagon, the Senate and the American people,” Senator Jack Reed of Rhode Island, the senior Democrat on the Armed Services Committee, said in a statement Sunday night. “Clearly, President Trump wants people who will swear allegiance to him over the Constitution. This is a flagrant end run around the confirmation process.”

Mr. Tata’s nomination appeared to be on life support on Thursday when minutes before his hearing was set to begin, Senator James M. Inhofe, an Oklahoma Republican who leads the Armed Services Committee, announced that he was delaying it.

“There are many Democrats and Republicans who didn’t know enough about Anthony Tata to consider him for a very significant position at this time,” Mr. Inhofe said in a statement that papered over the fierce opposition from all the committee’s Democrats and at least one of the panel’s Republicans.

Mr. Inhofe said he had talked to Mr. Trump on Wednesday night and told him that “we’re simply out of time with the August recess coming, so it wouldn’t serve any useful purpose to have a hearing at this point, and he agreed.”

Mr. Tata’s views, expressed in a series of tweets, drew angry denunciations from both Democrats and Republicans, particularly as the country is seized by a growing movement for change. He called Islam “the most oppressive violent religion” and referred to former President Barack Obama as a “terrorist leader.” Mr. Tata has since apologized for the remarks, which were first reported by CNN.

At least three senior retired officers dropped their support for Mr. Tata after his tweets were made public.

Despite Mr. Tata’s comments and the senators’ opposition, Mr. Trump threw him a lifeline last week. During his conversation with Mr. Inhofe on Wednesday, Mr. Trump could be heard indicating that he might give Mr. Tata a different appointment.

The call was overheard because Mr. Inhofe put it on speakerphone as he sat in the restaurant in Washington.

Mr. Tata was meant to succeed John Rood, who resigned as the under secretary for policy in February at Mr. Trump’s request. Mr. Rood had pushed back on efforts to withhold military aid to Ukraine, a central issue in Mr. Trump’s impeachment hearings.